What one state education bill could mean for Carmel Clay schools 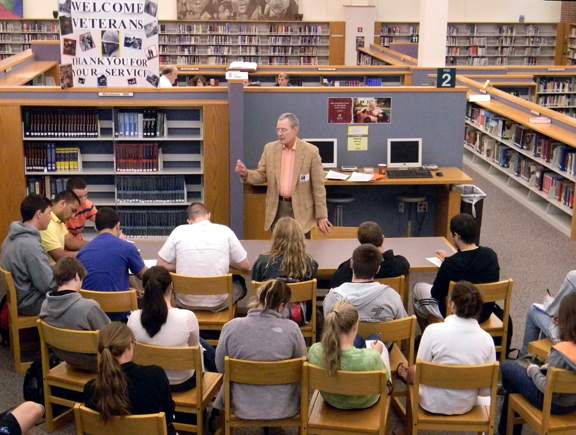 New and unique learning experiences, both in and out of the classroom, are at the heart of the educationg reform discussion. (Submitted photo)

Last week, State Senator Mike Delph of Carmel introduced Senate Bill No. 189. Both Andy Klein, a Carmel Clay school board member and Dr. Jeff Swensson, Carmel Clay Schools superintendent worked collaboratively with Delph, along with several other members of neighboring districts to create the core concepts behind the bill.

“This is a reform proposal to empower teachers, administrators, staff and the school board to take more control over their academic agenda,” said Delph.

The bill proposed a new “Performance-Qualified School District” designation that the Indiana Department of Education could grant to a number of the state’s top school districts. The designation would provide added flexibility to school districts in the areas of student instruction and school administration through regulatory relief.

“(The bill) will be transformational. In the past, we’ve focused on the underperforming schools and poor performing schools in education reform, and we’ve pushed school systems like Carmel and Zionsville, those that always exceeded goals, to the side,” said Delph.

“As an example, let’s say we have 600 students at CHS that by the end of the first semester of their senior year are admitted to college. Currently in the second semester, students couldn’t have a schedule that went as college schedules do. Monday, Wednesday and Friday, we would have certain classes such as Biochemistry and on Tuesdays and Thursday, students have different classes like French or Ceramics. We would have professors or Carmel high school teachers running a college-type class and schedule,” said Swensson. “We will still maintain the number of minutes in the standard 180 day minimum schedule, but without regulatory relief, we couldn’t do that type of schedule.”

In order to be eligible for the designation, a district would need to maintain a graduation rate of at least 90 percent, have composite SAT scores higher than the state-wide average and have at least 25 percent of graduating students earn a technical honors diploma or earn a 3, 4 or 5 on one Advanced Placement examination. In addition, the Indiana Department of Education has the ability to add additional data elements as appropriate.

Once granted, a school district would maintain the designation for up to four years with a state review after the first three. When asked if they saw a potential for a school district to misuse the freedoms during that three year time period without a review, both Delph and Swensson appeared to feel that the school district, annual testing, and the community would act as checks and balances against any such misuse.

“I have a lot of faith in the parents and the teachers in these communities. They live in an environment of success and hard-charging academic drive and wanting to learn. That’s really half the battle when you talk about public education. That’s why I’m so sure this will be successful in Carmel. I say that as someone who grew up in Carmel. I was supported by my teachers, by my coaches, by my neighbors even though I lived in a single family home. I’ve lived this. I’m not so concerned about the communities I represent backsliding, but certainly in the event we see a degradation in performance metrics than these privileges would be revoked,” said Delph.

Senate Bill No. 189 is currently being heard by a state education committee and is slated for a vote this week. If the bill moves out of committee, it will then be heard and voted on by both the House and Senate before potentially becoming law. If the bill passes, it will go into effect on July 1 of this year.