You are at:Home»Current in Carmel»Carmel Community»Carmel student becomes finalist in national contest 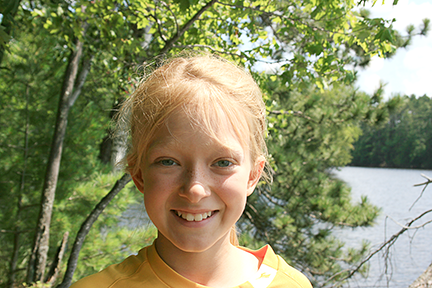 Audrey Kaul, a fifth grade student at Prairie Trace Elementary, was recently named a finalist after making a case for her school in a national video contest held by Scotties Facial Tissue. Scotties Trees Rock contest asked third, fourth and fifth graders from across the nation to submit a video on their school’s behalf. In the video, the children needed to illustrate the importance of trees and why their school is deserving of the contest’s grand prize in three minutes of less.

The contest’s grand prize of $10,000 will be put toward landscaping and sustainability at the winning child’s school. In addition, the child will receive $5,000 for their family, a trip to the Grand Canyon or Yellowstone National Park and an electronic tablet.

Kaul’s video focuses primarily on a large-scale construction immediately adjacent to the school. Kaul is hoping to use the prize money to put up a screen of trees and other foliage between the back of the school grounds and the construction to lower sound pollution, act as shelter for birds and other animals and create a more beautiful look for the school.

“I did it because Mom and I thought it would be fun to make a video and to say that we had at least tried to help Prairie Trace get trees,” said Kaul.

Despite this being her final year at Prairie Trace Elementary, Kaul expressed an interest in bettering the school’s surroundings for future students, including her three younger brothers.