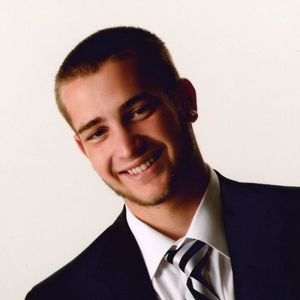 Dean Ryan Barrett, 18, of Zionsville, died Jan. 2. He was born on Dec. 24, 1994, in Indianapolis, to Brian Paul and Michelle Joan (Bartick) Barrett. He was a senior at Zionsville Community High School.

The Hamilton County Sheriff’s Dept. is investigating Barrett’s death after he died at St. Vincent’s Hospital in Indianapolis. Barrett had spent the night with a friend in the Home Place area and when the friend awoke, he found Barrett unresponsive, according to police reports. The friend took Barrett to the hospital, but shortly after arriving at the hospital, Barrett was pronounced dead by they emergency room physician.

“This is an on-going investigation, and we won’t know the cause of death until the autopsy and toxicology information is obtained,” deputy Bryant Orem of the Hamilton County Sheriff’s Dept., said. “At this time, there are no criminal charges pending against anyone.”

According to an obituary prepared by Flanner and Buchanan Funeral Center in Zionsville, Barrett had been accepted to Indiana University but planned to participate in a nine-month mission trip with Passport Adventure Missions before beginning college. The trip would have taken him to three countries all over the world. He loved participating in sports and enjoyed swimming, football, lacrosse, basketball, and snowboarding. Barrett’s true passions were his family, friends and his faith. He attended Zionsville Presbyterian Church and Eagle Church.

A vigil was held in his honor last Thursday night in the parking lot of Zionsville High School, and a celebration of Barrett’s life was held Saturday at Eagle Church in Whitestown. Memorials may be made to the Dean Barrett Passport Adventure Missions Scholarship Fund, c/o Old National Bank, 385 S. Main St., Zionsville, IN 46077. Messages for the family can be left online at www.flanner-buchanan.com.