You are at:Home»Current in Zionsville»One in a million 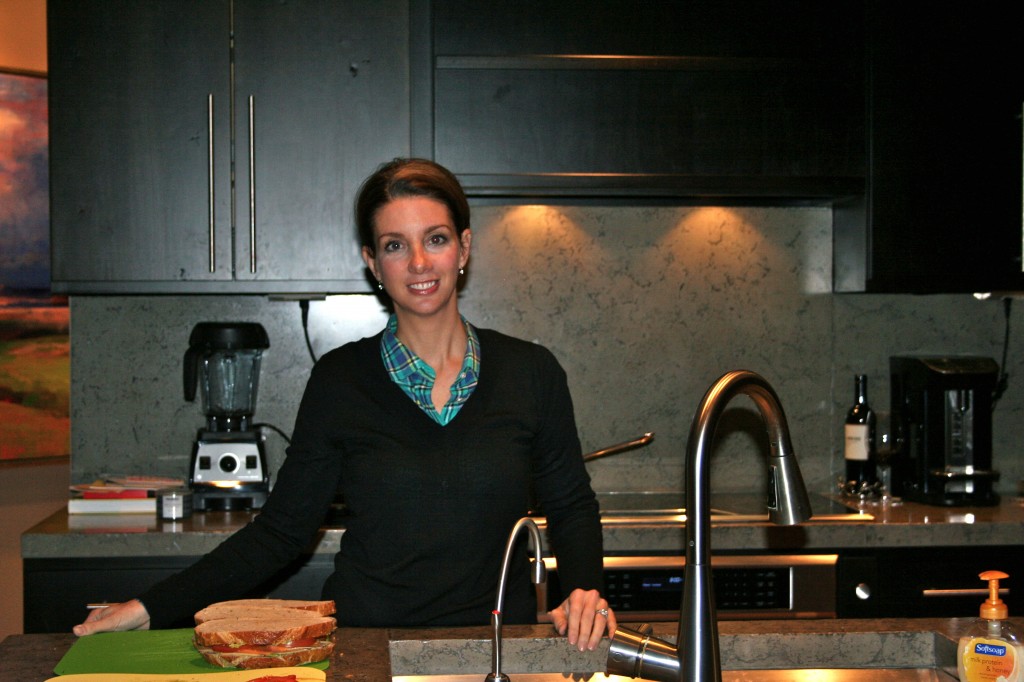 One mom from Zionsville had to do something. Her tears, anger and disillusionment over the Sandy Hook tragedy turned to action with an appeal to moms nationwide to unite to stop the violence created by guns, specifically assault weapons. With one question on her mind, “What can I do?” Shannon Watts created a Facebook page and “One Million Moms for Gun Control” was born.

With a goal to be modeled after Mother’s Against Drunk Driving (MADD), the mission of One Million Moms for Gun Control is to be an organization that helps strengthen and monitor gun control laws.

“We can do something this time if we join together as a powerful lobby of our own, made up of moms. We cannot let another mass shooting go by without acting. Newtown is like any town. If it can happen in Newtown, it can happen in Zionsville,” Watts said.

From this one Facebook page created on Dec. 14, the word spread quickly. Groups of women on both coasts contacted Watts to offer support. One woman, Kim Russell, a shooting victim from New York, became the local chapter leader and now is overseeing all chapters nationwide. The next wave of help came from the opposite coast, where a San Francisco group provided probono legal services and helped establish their not-for-profit, 5014c status, approved on Dec. 26. That designation identifies the group as not organized for profit but operated exclusively for the promotion of social welfare.

Brian Masck of Media Cafe Online also joined the effort, volunteering to create and maintain the group’s website along with BlastRoots, a grassroots organization which creates petitions, letters, and Tweets to the White House, members of Congress, and the NRA.

As of Dec. 3, there were more than 17,000 Facebook supporters and 75 local chapters established. She attributes the success to the passion and unique skills of moms.

“Pulling together the skills of moms – being organized, building coalitions, protecting,” Watts said. “When you bring together these skills all over the country it becomes an unstoppable force.”

Despite their passion, commitment and momentum, this “unstoppable force” has several obstacles ahead, one being the powerful National Rifle Association (NRA).

“We needed 5014c (designation) to raise money to fight the NRA. We have to fight fire with fire. The NRA is a very powerful lobby. With 4-milllion members, they have a lot of money and a lot of influence,” Watts said.

In response to the Sandy Hook tragedy, NRA’s Executive Vice President Wayne LaPierre in a statement on  Dec. 21 declared, “The only thing that stops a bad guy with a gun is a good guy with a gun … I call on Congress today to act immediately, to appropriate whatever is necessary to put armed police officers in every school.” The NRA also offered its services and expertise to make it happen: “As America’s preeminent trainer of law enforcement and security personnel for the past 50 years, (NRA) is ready, willing and uniquely qualified to help.”

Watts and many others, especially residents of Newtown, were outraged by the NRA’s response, especially since the NRA clearly supports the proliferation of guns and has a vested financial stake in it.

“I, as a mom, refuse to live in a society like this,” Watts said. “We can’t let profit drive the conversation about what we do about gun control. It has to be common sense.”

She is also aware of past shootings, such as Columbine, where 15 people were killed and 23 wounded, despite having an armed guard on duty that day.

“It would be tragic to see teachers with handguns and armed guards at schools,” Watts said. “We should try to decelerate, not accelerate, the use of handguns in schools. We are not a militarized zone. We need simple, common sense solutions, not more guns.”

Just a few weeks into their efforts, an executive team, strategic plan, board of directors and other foundational components for the newly formed organization are being discussed. Watts and her team are already getting the attention of Washington and, on Jan. 3, a social media campaign was launched and Congress was urged to consider a new bill by Rep. Diana DeGette (D-Colo) and Rep. Carolyn McCarthy (D-NY). Watts also wants existing legislation revisited and updated, such as the 2nd Amendment, as it was developed in the late 1700s when muskets were used and military assault weapons of today were not on the radar.

“This terrible tragedy and the NRA’s reaction to it woke a busy giant (Moms), 80 million moms,” Watts said. “We are not a one and done organization. We are going to be a grassroots organization that is constantly putting pressure on legislators at the federal and state level to create new and stronger gun control laws.”

Although she never planned to be an activist, this stay-at-home mom has a simple goal and big plans for the future.

“Our goal is to create a safer country where we know we can send our kids out of our arms and into our schools, shopping malls, and theatres and know they are ok,” Watts said.  “I look forward to when we can change our name to 10 Million Moms for Gun Control.”