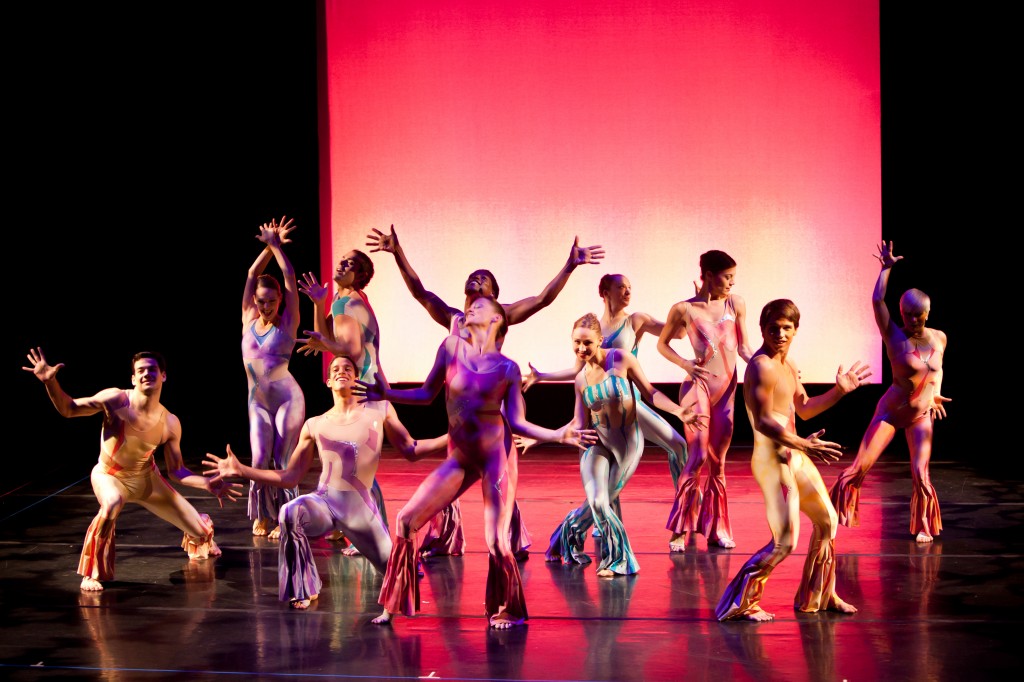 Each member was a star in his own right, yet, together, they forged a new identity, and reached new heights and new audiences. Whether performing on television, playing to sold out crowds at the Sands hotel in Las Vegas, or starring in such films as “Ocean’s 11” and “Robin and the 7 Hoods,” the Rat Pack was immensely popular with ’60’s audiences.

Audiences will have an opportunity to experience part of the Rat Pack’s legacy at 7 p.m. Jan. 18 and 2 and 7 p.m. Jan. 19 when Dance Kaleidoscope presents “Old Blue Eyes: Frank Sinatra and the Rat Pack” at Booth Tarkington Civic Theatre, 3 Center Green, Carmel. Dance Kaleidoscope, the Indianapolis-based dance company, is celebrating its 41st season and will make its Carmel Premiere with “Old Blue Eyes.” The show, presented in two acts, will feature a unique approach: dance numbers set to the music made famous by the Rat Pack.

“It was a very magical time,” DK Artistic Director David Hochoy said. “It speaks of another time, a time when we were less jaded. That is what the show is all about. It is very uplifting, very high spirits. It’s a feel-good show and very cheerful. These days we need as much cheer as we can get.”

Hochoy and Cynthia Pratt put “Old Blue Eyes” together, with Pratt choreographing Act I and Hochoy creating Act II. For Hochoy, the mystique of the Rat Pack held fond memories.

“Growing up in Trinidad,” Hochoy recalled, “I watched Dean Martin on television. He was such a great, all-around entertainer. They were all great entertainers, who had a great time. Those guys were just so hip and so stylish!”

“I feel like the Rat Pack never left our cultural consciousness,” he laughed, referring to the Rat pack revival of the 1990s. “It was a very sophisticated era. Everything was hip and sleek, and the audiences were made up of young hipsters. It was very cool time for the people who were around when the Rat Pack was at its peak.”

The idea for the show stemmed from a long-desired project with Sinatra as the centerpiece.

“I’m also a huge Sinatra fan,” Hochoy said. “It started as a suggestion to me and Cynthia. But there were just so many songs that we agreed that Cynthia would do the Rat Pack songs, and I would do the Sinatra songs.”

The next challenge was deciding which Sinatra songs would be featured.

“There were just so many songs,” said Hochoy. “Frank Sinatra was such a great crooner. Almost all of the songs were ballads. So, the challenge was to narrow it down, but still have a lot of variety. And we’ve done that. Act I is very sexy and sultry, while Act II is very Broadway. Each song is its own world. These are songs that the audiences go nuts for, and will really blow the audience into hyperspace.”

Act I will feature standards such as “Fly Me to the Moon,” “Mambo Italiano,” and “Ain’t that a Kick in the Head,” while Act II will have such Sinatra classics as “Come Fly with Me,” “The Lady is a Tramp” and, of course, “New York, New York,” which represented another challenge for Hochoy.

“I wanted to do the song without any Rockettes-styled kicks,” he laughed. “Absolutely, no kicks!”

“These are definitely the songs that draw me back in,” Hansen said. “And the performers are all incredible, the singers, the dancers, the choreographers. I’m really very proud of all of them and the way it has been put together. This is also an opportunity to introduce DK to a whole new group of people.”

Hansen is also pleased with the new venue.

“We’re in a very comfortable element here,” he said of Tarkington. “This is a great space and a wonderful place for the audience! It’s a great facility with a very comforting backstage atmosphere. It really feels like family here.”

When asked what he would like for audiences to take away from the performance, Hansen doesn’t hesitate.

“I love for people to say ‘What an amazing dance company,” he said. “Then I want them to go tell everyone they know about it!”

Hochoy is also pleased with the final product.

“I love to see the smiles on the audiences’ faces. The dancers are fantastic, and they really get a chance to strut their stuff. It will be a great show, very, very entertaining!”

■ The original Rat Pack referred to a group of friends convened by actor Humphrey Bogart in the 1950s. Sinatra was the only holdover from that version.

■ While Lawford and Bishop were members, the core group consisted of Sinatra, Martin and Davis.

■ None of the members of the 1960s version ever referred to the group as the Rat Pack. They called it the Summit or the Clan. The media bestowed the name Rat Pack.