You are at:Home»Current in Fishers»Launch Fishers is off the pad 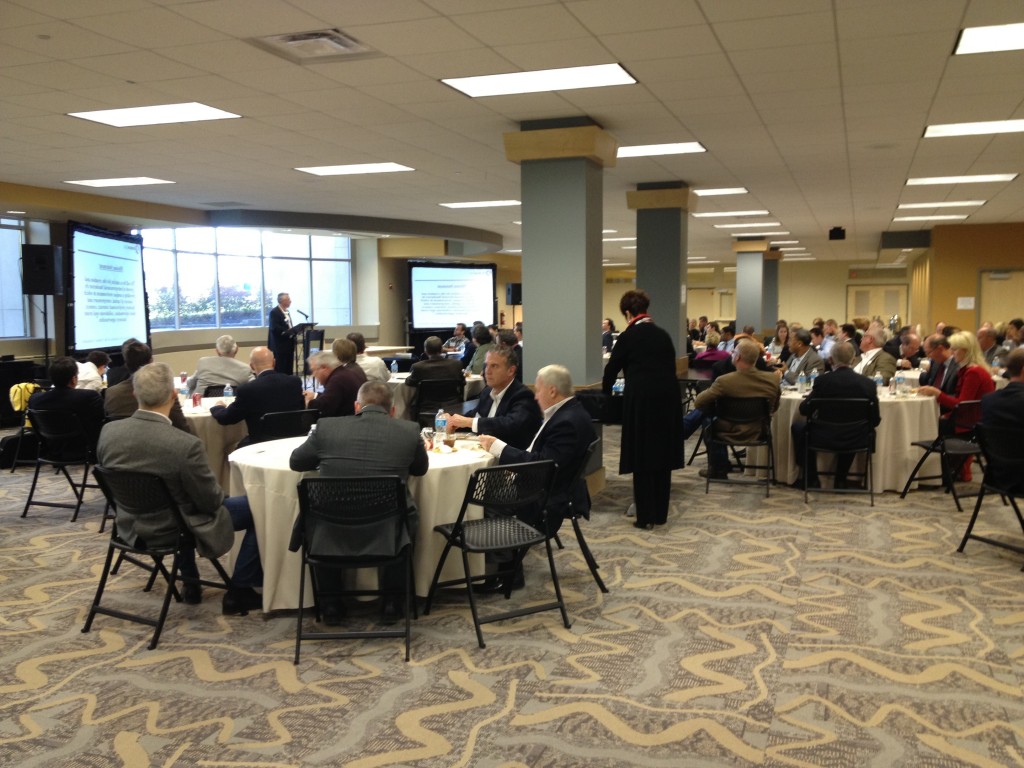 Launch Fishers, a co-working space for entrepreneurs and start-ups, had its grand opening Thursday.

A partnership between the public and private sector, the Town of Fishers teamed up with entrepreneur John Wechsler to bring the vision to fruition at the Hamilton East Public Library on the municipal circle.

Over the summer, the library’s basement was converted to a space tailored for business. It mimics the coffee-house atmosphere, as well as gives entrepreneurs space for meetings and more.

“While people are here, we want them to fall in love with Fishers,” Town Manager Scott Fadness said.

Entrepreneurs occupying the space pay $300 per year and a $99 badge and membership fee to get access. For an extra $150 per month, entrepreneurs get their own desk and work space.

John Wechsler, the founder of Launch Fishers and advisor, said 28 companies signed on with Launch, with 37 members total. The businesses run the gamut from legal to hot air balloon rides.

Currently, 10 businesses sponsor the venture, along with the Town of Fishers’ financial commitment of $100,000 annually.

“From an economic infrastructure development standpoint, it’s a pretty small investment, with what we hope to be a pretty big return on our investment,” Fadness said.

Wechsler said one sponsor, Lightbound, contributes the space’s one gigabyte internet connection – a $10,000 to $12,000 per month responsibility.

He said the connection is a “differentiator” for Launch Fishers, citing the use of the cloud and lack of centralized storage.

“Your bandwidth is your gating factor to your productivity,” he said.

Fadness said visitors were impressed with the scale of the space.

“To a ‘T’ people are surprised by just what an environment it is,” Fadness said.