You are at:Home»Current in Carmel»Carmel Community»Harkin and Celtic Thunder coming to Palladium 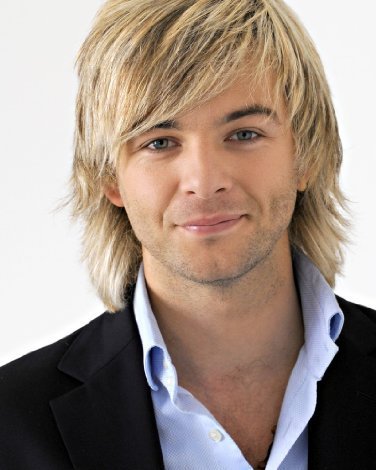 The one-night performance is part of Celtic Thunder’s current world tour, a three-month journey that began in Newfoundland last month and will wrap up in December in Los Angeles.

“I’ve been working to make this album ever since I left school,” Harkin said. “It’s a bit of a cliché, but I always knew what I wanted to do, and I’ve stuck with it. So I’ve been working hard for six or seven years, because I didn’t want to put just anything out.”

Harkin, 26, already has scaled heights that few performers ever see: He’s sold millions of albums and DVDs, performed at the White House, and garnered the coveted Billboard award. But Harkin – a native of County Derry in Northern Ireland who began his performing career at the age of four – started out as a guitar-playing singer-songwriter, and on his new record he reveals an emotional range and eclectic sensibility that will surprise even Celtic Thunder’s most die-hard fans.

“I love all music, and a lot of my influences are on this record,” said Harkin. “Neil Young, pop, dance, country – I love Glen Campbell. I see it like an old-school Elton John record, where he would play rock next to country next to folk. It’s quite a broad horizon.”

Harkin said that producer Jochem van der Saag – who has worked with such artists as Josh Groban, Michael Bublé and Seal – was critical in shaping all of these influences and dreams into a cohesive package.

“Jochem demoed that first group of tracks,” he said, “and I remember sitting in the listening booth going, ‘This is going to be amazing.’ He was so courteous, but he really got the best out of me and channeled me in right direction. We got 12 songs done in three days.”

The Palladium show will feature cuts from the new album, as well as Celtic Thunder standbys. For ticket information, visit www.thecenterfortheperformingarts.org or call 843-3800.