You are at:Home»Current in Fishers»Community Spotlight: Donning the armor for a cause 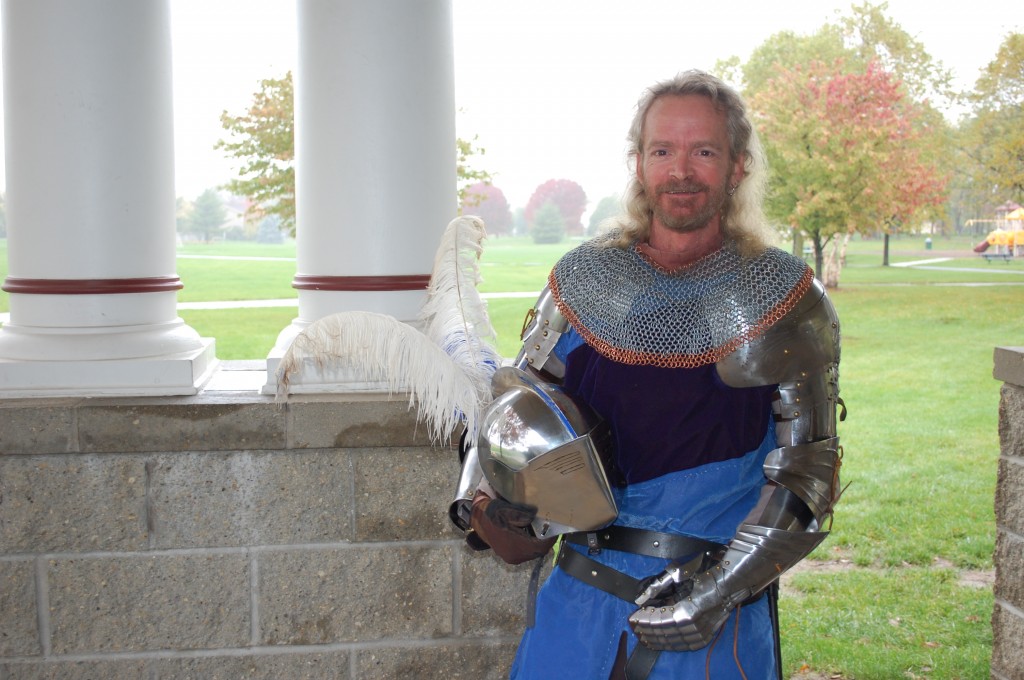 The shiny metal plates covering his limbs protect him from sharp blades and hard hits in “sword-on-foot” competitions. Plated gauntlets sit on top of his arms, and on a sunny day, the suit of armor is probably bright and reflective.

But it’s more than protection in medieval competitions and more than a way of catching the glint of the sun or the eye of passerby. It’s an apparatus for helping others.

“Every time I get to put it (the armor) on, it’s one more reason to justify buying it,” Fort said.

Fort first started participating in the local Renaissance Faire in 2007, and since then started working with the YMCA and schools to talk to kids about what he does as a knight and participate in various programs.

According to Fort’s colleague Julien Hall-Dobbs with the YMCA, in 2009, a child participating in the Make a Wish program at Riley Children’s Hospital requested a knight to watch over him. In short, Fort and an entourage, including its own Queen Elizabeth, came to the hospital to greet and knight the boy.

“It was 100 people in that tent (at Riley Hospital) and not a dry eye,” Hall-Dobbs said.

Fort said his favorite part in participating in the Renaissance Faire is getting to meet a lot of people.  He’s taken his armor on the road and competed in sword-on-foot competitions in Texas, and his ultimate goal is to take it across the pond to England for a major competition.

His entity under the armor is John Fort, his father’s name. Fort’s standard shield bares his true family crest, a castle keep on a white field, surrounded by flames on top of a blue field with a single diagonal stripe. The top of the shield is adorned with two stars and a crescent.

When he’s not donning the armor, Fort is a father of two and retired from a telephone company. In his spare time, he likes to ride his motorcycle.