You are at:Home»Current in Westfield»Left turning lanes to improve downtown Westfield 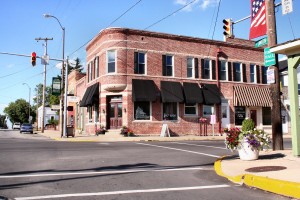 “In talking to residents and downtown merchants, a consensus was made that the intersection needed to be a priority,” said Cook. “Upgrading the intersection will help to alleviate the congestion our downtown receives during periods of high traffic.”

Pavement markings at the intersection will be replaced to modify the traffic configuration beginning Tuesday. Traffic will be directed around work zones, and motorists should use caution while driving through the area. Work at the interchange will continue through the week, barring inclement weather, until the changes are complete.

Some current parking on each side of Ind. 32 and Union Street will be removed to allow adequate space for the additional turn lanes. INDOT will continue to monitor the intersection for any additional necessary improvements.