You are at:Home»Current in Fishers»Lessons from history’s grim pages 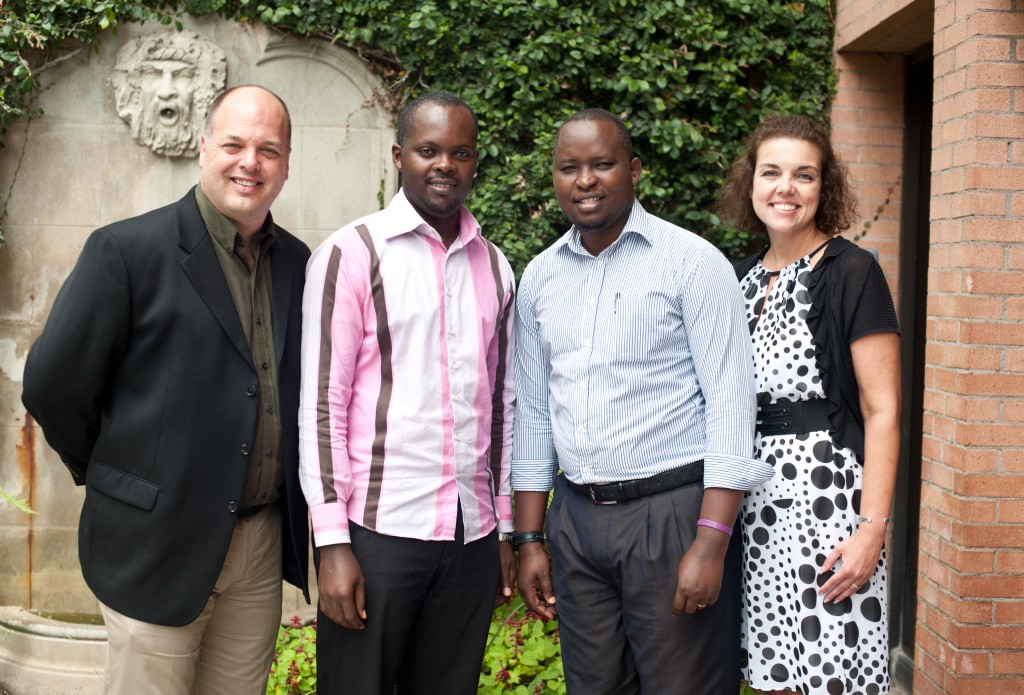 She’s travelling to Seattle to present on a curriculum designed by her and a colleague, Rob Hadley.

What’s the history lesson the two are providing teachers across the nation?

A week-long lesson plan including Rwanda’s history via photographs, testimonials from survivors of the Rwandan Tutsi genocide, as well as an American rescuer, and an art/program element.

What makes the curriculum a little bit different from reading about events out of a text book is part of Watson’s journey.

The curriculum, entitled “If You Survive, Be a Man:  Teaching the Rwandan Tutsi Genocide through Testimony,” is centered on the real-life testimonies of the genocide survivors, as well as an American rescuer, Carl Wilkens.

The two survivors, Freddy Mutanguha and Kazito Kalima, now an Indianapolis resident, were told the exact same thing by their mothers in two different parts of the country:  “If you survive, be a man.”

Watson said there is more to Rwanda than the horrors of the 1994 violence – it’s a land of beauty and warm people, but the opportunity she has relegates her to talk about the grim times.

She said it’s an honor.

“I feel ok living with the pain and the nightmarish things I read because I know how important it is for them,” Watson said. “I can’t let that go.”

Watson’s story began in 2001 in Washington, D.C. She started working as a fellow with the United States Holocaust Memorial Museum. She trained eighth graders to collect Holocaust survivor stories and helped write a book.

After being involved as a teacher trainer and other programs, a friend contacted Watson in 2010 about the Master Teacher program at the USC Shoah Institute Foundation, a project started by Steven Spielberg.

Watson said the foundation collected 52,000 Holocaust testimonies alone. When Watson and Hadley got word Shoah was bringing in the testimony of Rwandan survivors, they immediately wanted in.

Watson said picking and choosing which parts of the testimonies to use was a major challenge.

She said she wanted students to listen to all of the testimony, and it’s not possible to deem what parts of a testimony are more important than others.

In the end, Watson and Hadley focused on the four patterns of genocide, including identification, specific dialogue (i.e. a child being called a “cockroach” at the playground) and acts of violence.

The curriculum itself includes the stories of the survivors and a segment for students to research other genocides.

In the past, Watson had the chance to see infamous places like Auschwitz in Poland, giving her a more visceral sense of the topics she was teaching to her students.

As the conference in Seattle approaches, Watson and Hadley are looking to head to Rwanda in an effort to connect with the land and people.

Watson said they have the chance to help teach about other genocides in Rwandan schools – as the topic is used to understand the country’s own past.

The last pieces of the puzzle for Hadley and Watson are figuring out what organization to work with in the country and finding the funding it will take to go there and continue the journey.

Watson said it’s important to share the stories of before and after when it comes to the Holocaust and other genocides.

Watson said, “Above all else, there are lessons to be learned for all of us from this.”