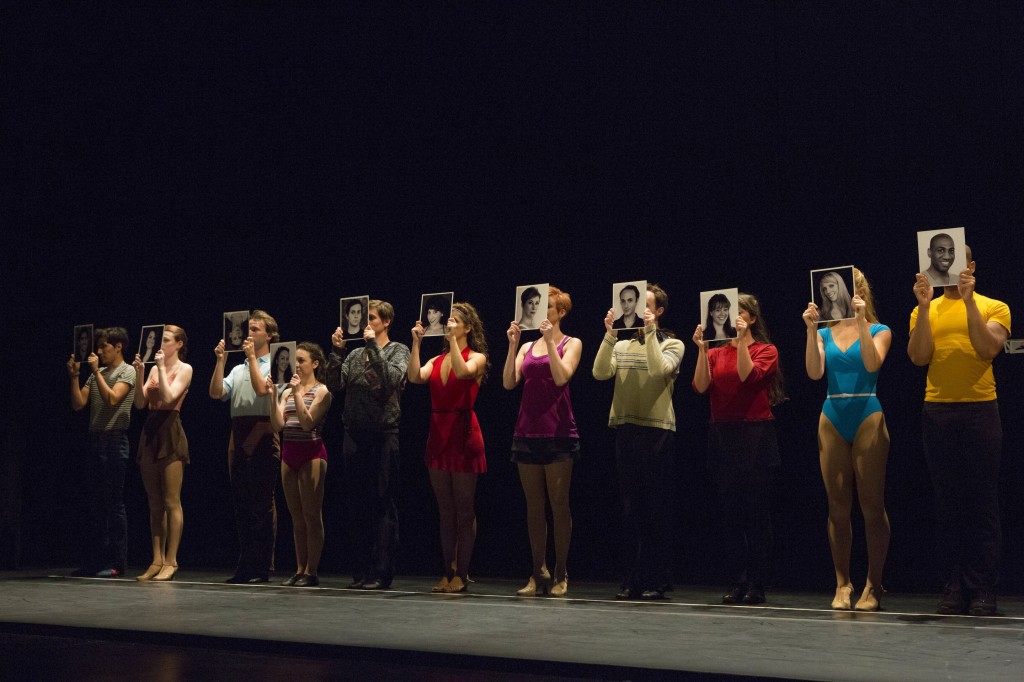 The cast of “A Chorus Line” lines up to audition on the bare stage.

“A Chorus Line” opened on Sept. 7 at the Booth Tarkington Theater at The Center for the Performing Arts in Carmel. 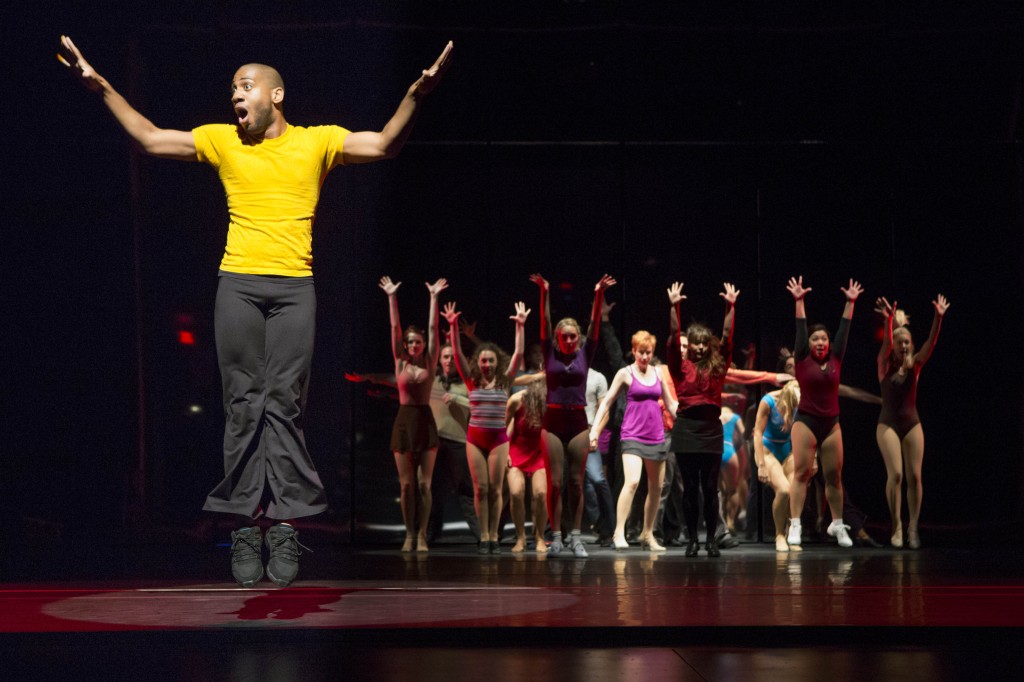 DeJuan Jackson as Richie recounts how he nearly became a kindergarten teacher rather than a dancer in “A Chorus Line.” 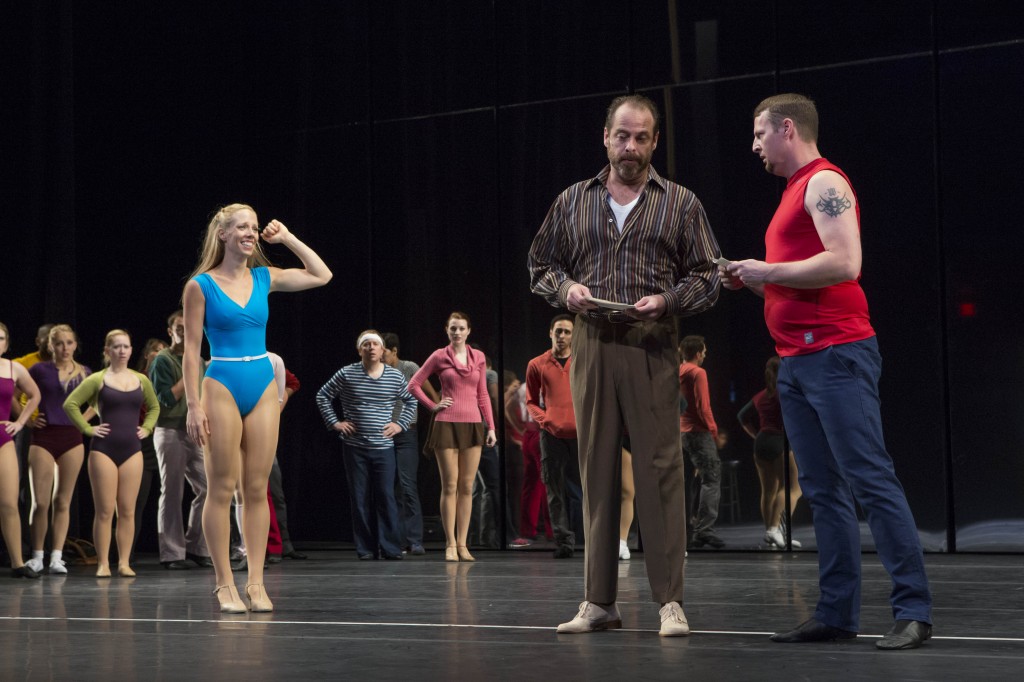 Paul Nicely and Chris Watson, as Zach and Larry, discuss what’s next in the audition as Natalee Cooney, playing the quirky Judy Turner looks on.