You are at:Home»Current in Zionsville»Schultzy’s story

Zionsville veteran recalls 89-years worth of triumphs and tragedies 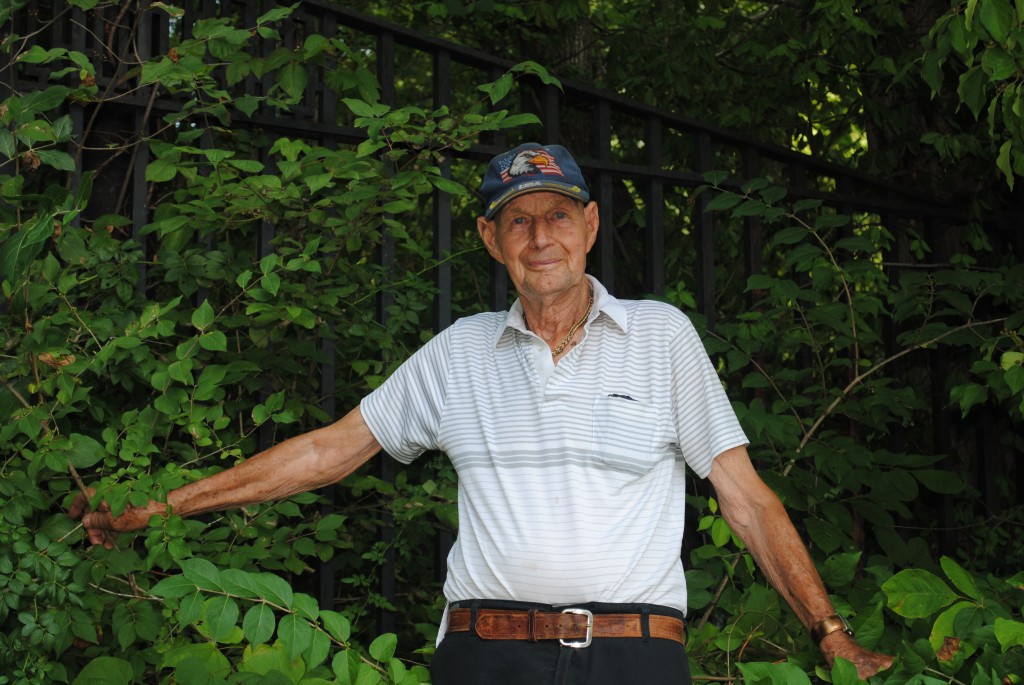 “They call me Schultzy,” he said, roughly 10 seconds into our first meeting. It was the kind of forthright thing I quickly learned was his calling card.

Schultzy is Floyd Schultz, an 89-year-old Zionsville man who has led the kind of life, and is the kind of person, everyone should aspire to emulate. He stormed the beach atNormandy, ran a business, bowled perfect games and saved lives. He was a Scout leader, a firefighter, a dancer, a musician, a husband and a father and brother.

And so much more.

“Worked for the mafia, too,” Schultzy added early on. “Still got 10 fingers and 10 toes, because I was a good guy.”

We sat in the living room of his home, an old log cabin at the head of Main Street that he modernized with his own hands. We talked mostly about WWII and D-Day, but the underlying theme was a life well-lived. Amid the tales of death and the loss of friends and bloody sand and rendezvous with French women, there was a deeper truth.

“I never lied or cheated anybody,” he says. “You don’t get very far doing that.”

He and his late wife, Betty – “I married her for her wit,” he says of the woman with whom he had two children and calls “that redhead” – moved to Zionsville nearly 60 years ago. At that point, following a stint in the Army that saw him establish his own tavern in France and serve nearly four extra years because of lost paperwork, his story really begins to simmer. 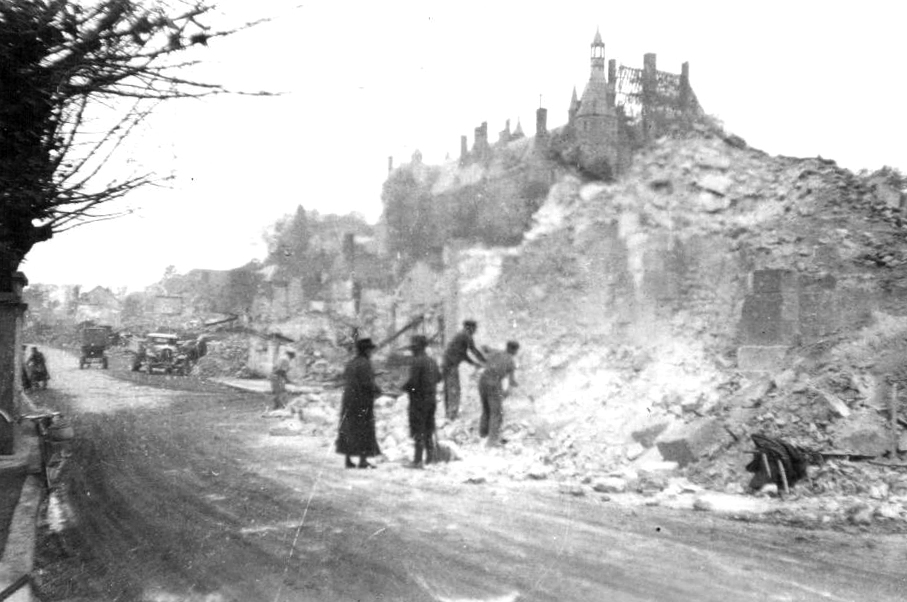 Re nnants of a bombed-out French city

A landscaper by trade, Schultzy’s knack for stonework didn’t escape Betty. Unsatisfied with the cabin, Betty convinced her husband to improve upon on the property where Schultz’s Tree and Landscape stood. So there, along Starkey Road, he created a massive limestone patio – in the shape of Liberace’s piano, no less.

“I can’t have a home,” he recalled Betty saying, “but by God, we’re gonna fix that place up like a showplace.” 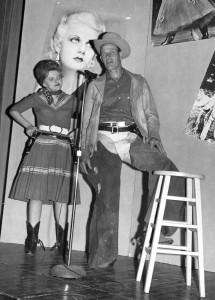 At a Vaudeville show in 1960s Zionsville

At the outset of our second meeting, we drive to the Zionsville American Legion, where lunch awaits. He eats there almost daily, almost always at 11 a.m. Schultzy is in the passenger seat, and my truck is sputtering. Having just filled up, I suspect aloud that it’s bad gas.

“Well, it could be,” he says, noting it sounds like water in the tank, but there are ways to eliminate that. I ruminate that it also could be a clogged injector. “There are things for that, too,” he assures me as though I were someone he cares deeply about.

He does so without a hint of irony in his voice.

At Post 79, Schultzy is greeted by folks who do indeed care deeply about him. His friends tease and prod as he enters – these are men who’ve cared about each other for a long time, and despite every effort to the contrary, have perfected the art of poorly hiding it.

“You’ll get truth, truth, truth and truth here,” one says as he sequentially points out everyone at the table, save me and Schultzy. Finally, he levels a finger at Floyd.

“With him, you’ll get lies!” the man concludes amid uproarious laughter.

Schultzy is different, less gentle in his buddies’ company than with me; he is more outspoken, more one of the boys and somewhat more profane, but that only adds to his charm.

Later, back at the cabin after lunch, Floyd says quietly, “Those guys would do anything for me.”

The culmination of our time is a trip to his former property. The huge parcel is overgrown, but gorgeous, and here still exists the patio he built for Betty, the gates and his bridges, among other treasures.

He shows me around, both pride and pain evident in his diction and demeanor. I infer that the subtle sadness stems not from that fact that he gave up his crown jewel as a choice, but that he had no say in losing so many of his life’s other precious stones along the way. 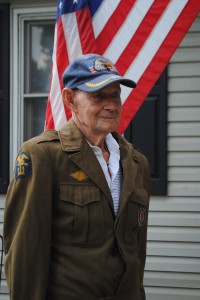 “Boy, I don’t know how I did it,” he says as we exit upon the Rail Trail, which once was a stone path of Schultzy’s creation.

“You think I didn’t have a beautiful place?” he asks.

No response is required; we both know the answer.

Soon, it’s time to go, but not before one final photograph. Schultzy says for it he’ll don the wartime jacket from his unit, the 35-15th, but lacks the steadiness of hand to button it. He asks for help, and I oblige; it’s a vulnerable moment reminiscent of a day earlier when he was moved to tears by the memory of a woman he met during the war.

She was Jewish, fresh from the hell of a concentration camp. Her family had been slaughtered, and she was skeletal. So hungry she was, she ate too quickly and nearly choked on a piece of chocolate.

Schultzy had given it to her.

“I don’t know why we have wars,” he said after regaining his composure. “I really don’t.”

Spoken like a man who knows what it is to truly live.