You are at:Home»Current in Fishers»23-year FFD veteran continues service with department 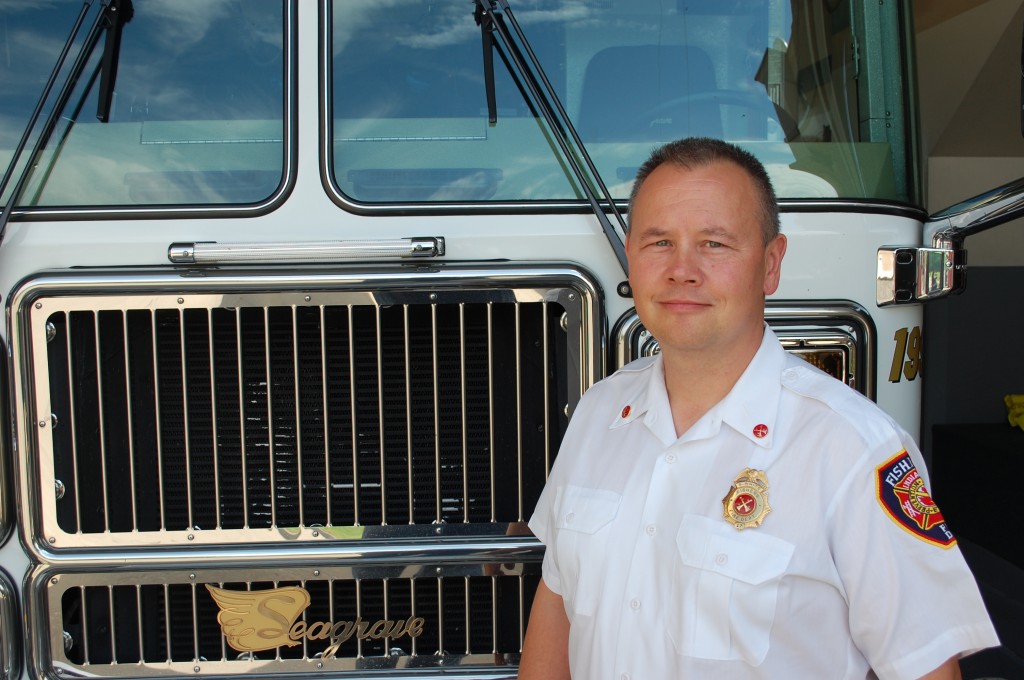 FFD Battalion Chief Steve White started combating fires for the Town of Fishersin 1989, and he just keeps asking for more.

“I’m one of those that the first time I saw a fire truck, I knew that’s what I wanted to do,” White said.

An East Coast native, White followed family to the Hoosier state and signed on with FFD as a volunteer firefighter. He eventually became a full-time member, climbed the ranks and has acted as battalion chief since 1997 – when Fishers was opening its third fire station.

As battalion chief, White acts as shift supervisor for the five fire stations, making sure that the people with the correct skill sets are in the right places.

When a fire is called in, White acts as an incident commander. It’s his job to come up with a plan of action and stay in charge of the emergency.

His toughest call came before he was battalion chief, at a time when his youngest of four kids was still an infant.

At the emergency, an infant of a close age went into cardiac arrest and passed away on him.

He said emergencies that leave fellow firefighters burned are also tough to deal with.

In addition to his full-time role at FFD, White works with the Jackson County Fire District, as well as leads the Hamilton County Rescue Team.

He said he enjoys the challenge posed by the Rescue Team, which specializes in emergencies like trench rescues and building collapses.

“To be able to go to a complex situation, like somebody (being) trapped, and realize it takes additional training and specialized equipment … I want to be part of the solution,” White said.

Three of White’s four kids serve or are preparing to serve in a branch of the military, including the Army National Guard and the Marine Corps.

White said he couldn’t do the job without his wife, Cathi.

“I could not do this job without a strong spouse, none of us could,” White said. “I couldn’t do it without her.”