You are at:Home»Current in Fishers»A New Sound 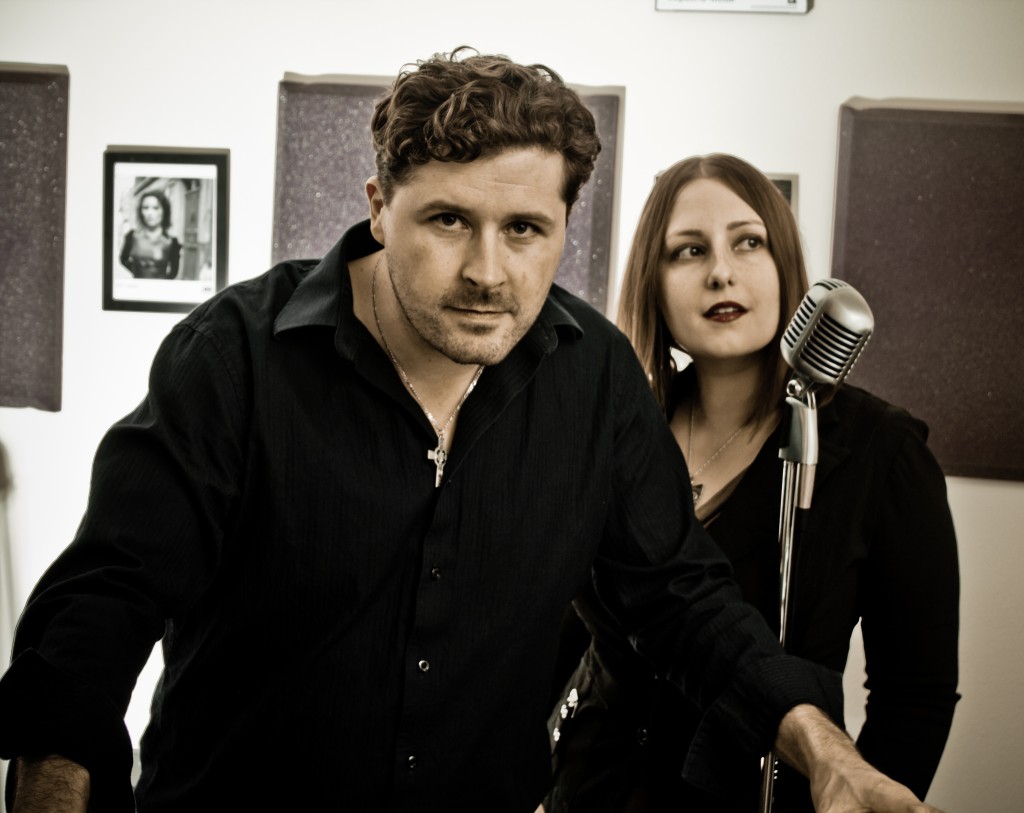 When they step up to the microphone, keys and drum set, members of The Sweetest Condition, a Fishers-based band, are on a mission: breaking through the everyday noise and bringing listeners genre-blurring tunes.

Inspired by Fiona Apple, Depeche Mode and Nine Inch Nails – to name a few muses – the band hopes to make the music business its everyday business.

“Musicians usually say their goal is to find a way to get what they love, which is performing and writing and being creative, to be their day jobs,” said lead singer Leslie Benson. “If there’s any way to do that, we’re going to find a way.”

Benson and pianist Jason Milner are no strangers to the original music scene. Benson, a marketer by day, has been writing songs since she was a teenager, spending time in different bands and teaching herself guitar along the way.

Milner, an engineer, learned to play the piano at age 11 after begging his parents for lessons.

Last week, The Sweetest Condition debuted at the White Rabbit Cabaret in Indianapolis’ Fountain Square district, just south of downtown. The notes might be new, but Benson, Milner and Eddie Venable, the group’s drummer, have been at it for years.

Hit rewind, travel back to 2005 and find the moment when Benson and Milner first met. A dance night at an Indy industrial club led to an exchange of tunes. After listening to Benson’s music, Milner decided they needed to collaborate.

“I thought, ‘Wow, this is awesome, we should do something together,’” Milner said. “We literally wrote the majority of the first album in a month.”

Benson and Milner formed Irene and Reed, a piano-pop act.

Milner said the band’s new sound gets back to the core of what the duo both love to do. For him, it’s merging and making a conglomerate of what they’re both best at. For Benson, it’s about singing and writing.

“Jason brings the musicianship  and the ability to sit down at a piano and just play anything that goes along to what I do best, which I believe is the lyric writing, the melodies, things like that” Benson said.

The band was looking for a new format, leading up to their new album, “Struggle, Strength, Reclamation.”

Benson said the new sound is reminiscent of Florence+ The Machine.

“We grew up on stuff like Depeche Mode, Nine Inch Nails … things like that, so we’re bringing that into it as well,” she said.

The group’s second album, but first as The Sweetest Condition, is slated to be out by 2013.

Their cover of Depeche Mode’s hit, “Enjoy the Silence,” shares the band’s new sense of style – something reminiscent of 1980s pop backed by a layer of heavy synthesizer mixed with foreboding piano chords.

The Sweetest Condition recently went to Sony Tree Studio in Nashville to record those dark tones for the new album. Milner and Benson said the studio has seen the likes of Lady Antebellum and Taylor Swift, and supplied the group with classic, rare instruments, such as a 1960s Hammond Organ.

“Knowing that kind of organ was used on thousands, if not tens of thousands of albums was just amazing,” Milner said.

Benson said, “When we write a song we can immediately record it and get that emotion down that we’re feeling right at the moment.”

That process is a spiritual one for the singer and pianist.

“When I’m feeling pain and joy or any kind of serious emotion it will come through in my vocals the way that I see something,” Benson said, “but he’ll (Milner) immediately catch on, have that empathy and just feel it and translate it into piano.”

“Mission,” a song off of the new album, is one of Benson and Milner’s favorite pieces.

“The one-liner from that song is, ‘I may make bad decisions, but I’m on a mission,’” Benson said.

She explained the meaning behind the lyrics embody taking risks and moving forward, even in the face of failure, to reach a goal that is personally important.

“I think that that kind of embodies what we do as a band,” she said.