You are at:Home»Current in Zionsville»Poetry trio set to appear at Eagle Creek 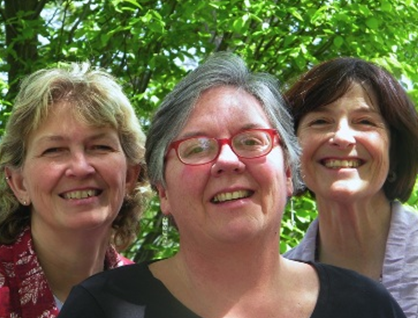 The three-poet group will appear at 6:30 p.m. for a poetry reading, followed by a book signing.

Company of Women, which consists of Jayne Marek, Lylanne Musselman and Mary Sexson, is a collaboration that grew from humble roots, said Musselman.

“Company of Women arose from our association as writers, who began to meet to share work, and to support and encourage one another.”

Musselman was raised in Indiana, and now resides in Toledo, Ohio. Her poems appear in many literary journals, and she has written three chapbooks.

Marek and Sexson are also regularly published in journals of the trade. Sexon’s book 103 in the Light, Selected Poems 1996-2000 was also nominated by the Indiana Center for the Book for a Best Book of Indiana award in 2005, and Marek is a professor of English at Franklin University.

Musselman, who teaches writing at Terra State and Ivy Tech Community College, insists that the whole is greater than the sum of the group’s parts.

“(Once we got together), the magic happened,” she said. “Our writing became deeper and more frequent. Our poetry began to take off in new directions. We honor that energy and wish to share it with other people.”