You are at:Home»Current in Westfield»Plane crash sends 1 to hospital 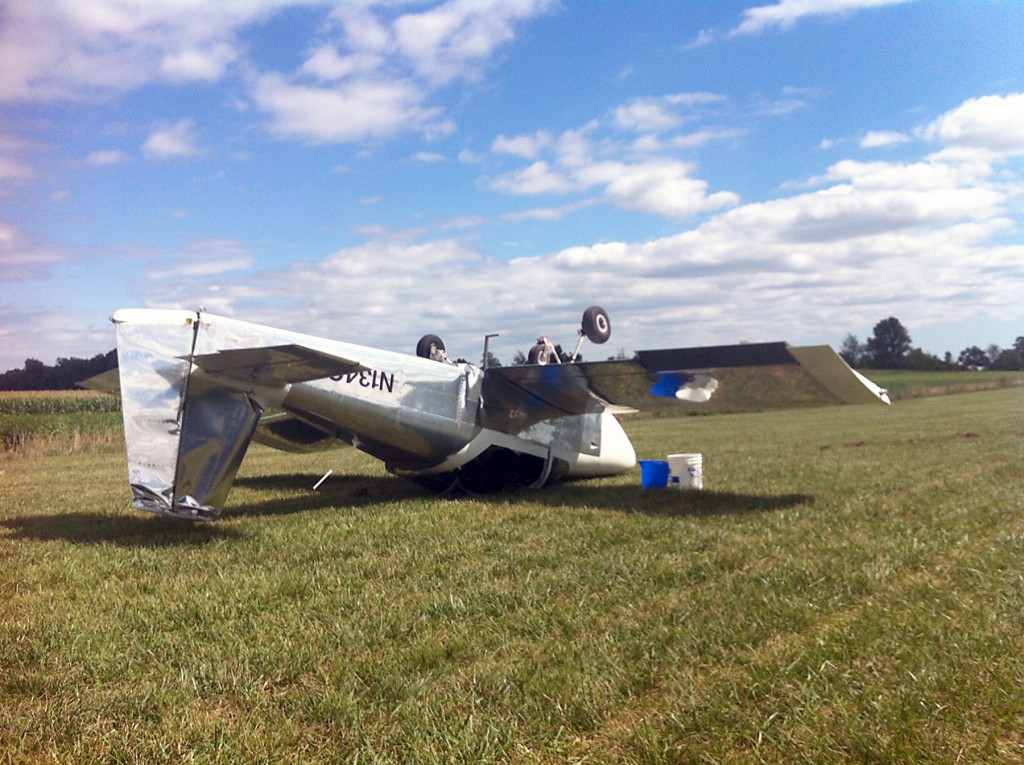 A man narrowly escaped serious injury when his plane flipped over during take-off on August 11. WFD Spokesman John Barrett said the crash happened a little after noon at the Wheeler Airport, 18036 Dartown Rd, Westfield.

“The plane was racing down the runway when a gust of wind apparently made it difficult to handle,” explained Barrett. “The man tried to ground the plane, but it suddenly flipped over.”

Barrett said fellow pilots at the airport went into action and got the downed pilot out to safety.

The Indy Flyers Light Aircraft Club was hosting an Ultralight and Light Sport Fly that day at the Westfield Airport. Paramedics arrived shortly after and transported the patient to a nearby hospital with minor injuries. Barrett said firefighters remained on the scene until the Federal Aviation Administration arrived and began their investigation later that afternoon.