You are at:Home»Current in Carmel»Carmel Community»Nancy Chance and the Good Samaritan Network 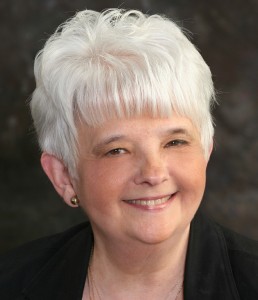 Nancy Chance’s mission to help others and create a network for services for those in need started at the age of four in 1946.

While at her grandparents’ home in Noblesville, Chance saw homeless folks jumping off of a train to sit below a bridge. Curious, as any four-year-old would be, she asked her grandfather what they were doing and what they would eat. He replied, “Nothing,” unless she did something about it (according to an informational video online).

She found a solution. She asked her grandmother to make some sandwiches, and, with her grandfather, gave the homeless travelers a meal. Since then, she’s been interested in helping out the less fortunate.

By day, Chance works in the blood bank at Riverview Hospital. After a day of work, she heads over to Good Samaritan Network’s office, just off 131st Street in Fishers, to take care of business at the organization, which is a not-for-profit network that she started in 1980 and formalized in 1995.

“There’s a tremendous amount of knowledge you can gather from both sides,” Chance said.

It began as taking care of unifying food basket programs in Hamilton County. Today, more than 100 organizations across Hamilton County consider themselves part of the network. Anywhere from 900 to 1,500 volunteers work with the organization annually.

Chance describes the organization as a “hybrid intermediary” that helps organize other groups, such as churches and food banks, in their mission to help others.

Currently, Good Samaritan Network is collecting book bags for kids in Hamilton County. Chance said she expected 800 bags to come in by the end of last week.

In addition, the organization participates in rent, utility and car repair assistance programs.

During the holidays, Good Samaritan Network organizes meal deliveries, as well as a holiday project that takes place at the Hamilton County Fairgrounds.

Chance said Fishers residents have been great about helping out the network through donations. Donations benefit families who have lost their homes and possessions, as well as burn victims.

“We really appreciate what they have done,” Chance said.

Her favorite part of starting Good Samaritan Network? The people.

“You can enhance people’s lives, but they can enhance yours even more,” she said. “It’s just been a blessing.”

Members of the Network

For more information, go to gsnlive.org.