You are at:Home»Current in Fishers»Overcoming obstacles 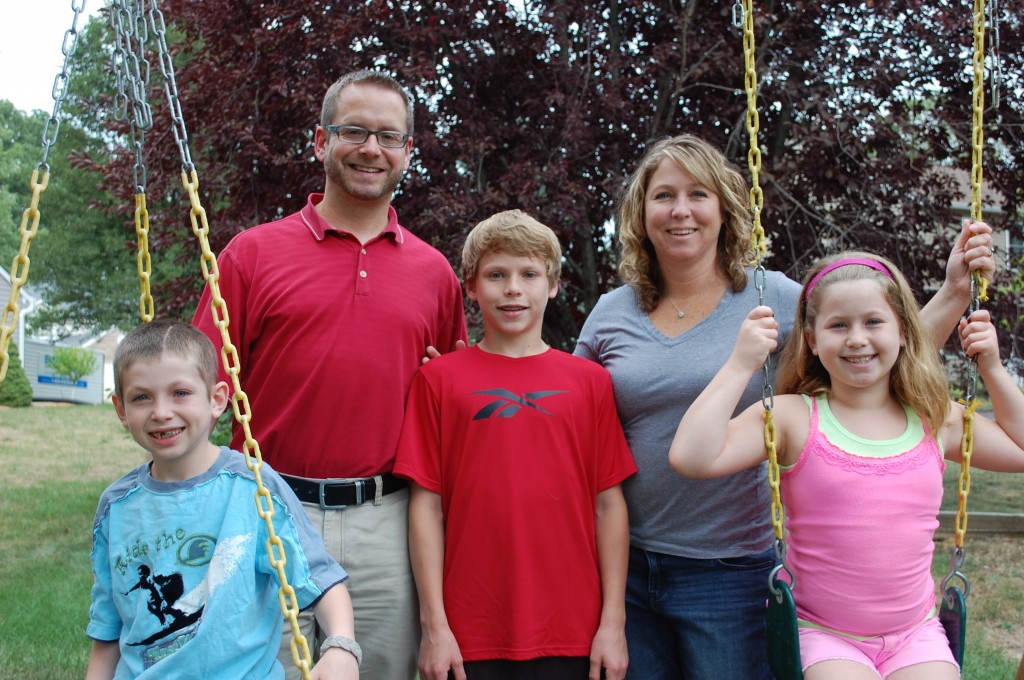 Walk over to a computer and grab the mouse. Now pick it up. It probably fits into the palm of your hand.

Earlier this summer, Alex Krasnow, 10, underwent a surgery that removed a section of his brain, roughly the size of that computer mouse.

The surgery implemented was meant to eliminate seizures caused by epilepsy originating in his frontal lobe.

Two weeks prior to Alex’s surgery, his older brother, Noah, 13, found out that he, too, would be having surgery to alleviate major pressure because his cerebellum was herniated – in medical speak, he had a Chiari Malformation.

Five years separates the brothers by age, but only three weeks separated the time that each had to spend undergoing intense brain surgery. 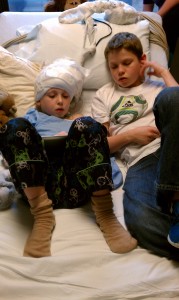 Noah hangs out with Alex while he is monitored for seizures

The Krasnow family, residents on Fishers’ west side, began their battle with intense brain conditions in 2008, and are just now seeing their sons triumph over two incredibly different surgeries.

Their journey began in an airport on the way to a family vacation during spring break.

“He (Alex) would dart off laughing,” Julie Krasnow, Alex and Noah’s mother, said. “We thought he was excited.”

The family was in the airport, getting ready to catch a flight to Florida, and unbeknownst to them, were witnessing their son’s first seizure.

David Krasnow knew that his son’s episodes were seizures once they began waking Alex up during their stay at a hotel that night.

They got to Florida and immediately checked into a local hospital, where doctors could not eliminate Alex’s seizures. A spring break trip had turned into a week-long hospital stay, followed by a flight home and another week in local hospitals.

Eventually, doctors were able to stabilize his condition, leaving Alex seizure-free for two years. But despite medication for the condition, the seizures returned last summer. Alex endured complex partial seizures – meaning that he was aware of what was happening and could predict when they would occur.

An SEEG (Stereoelectroencephalography) at the Cleveland Clinic, a procedure during which several electrodes are inserted into the brain to locate the seizures’ focal point, revealed that Alex’s frontal lobe was the source of 30 to 40 seizures daily.

In November of last year, Noah went through an MRI, revealing the Chiari malformation in the back of his head.

The 13 mm difference of where his cerebellum and tonsils sat and where they should be sitting caused major pressure headaches, but the symptoms did not force Noah into surgery immediately.

Instead, it only became a priority right as his little brother was preparing for brain resectioning, which would remove a large chunk of his frontal lobe. 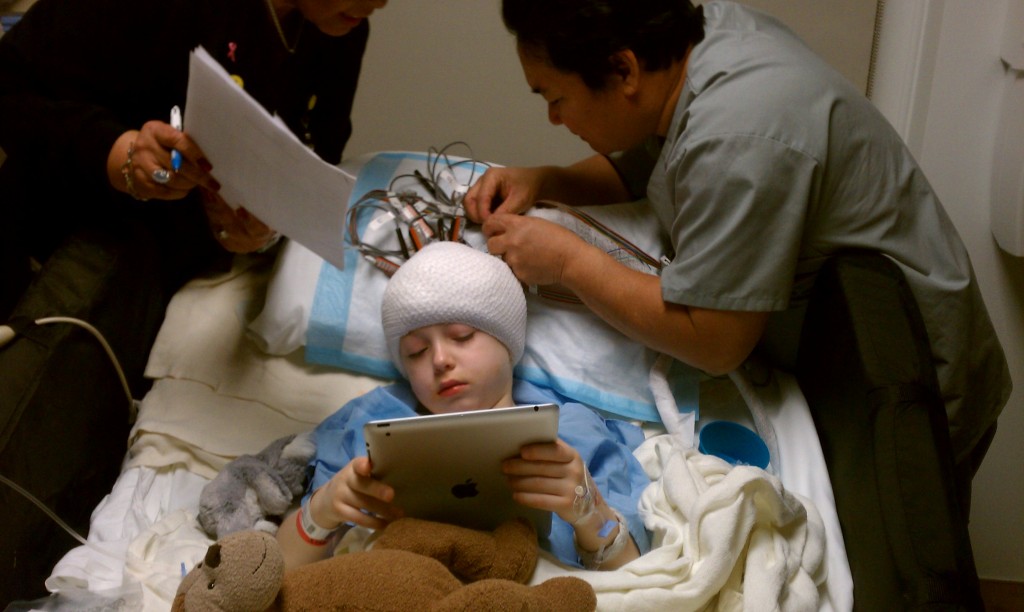 David and Julie both took substantial time off from work during the surgeries. Making sure that each child got to the right appointment was challenging.

They hoped Alex would heal and regain enough stamina and independence in the three weeks leading up to Noah’s surgery on July 6.

Doctors told the Krasnows that Alex had a 20 percent chance of losing all speech.

“When it happened, that was tough,” she said. 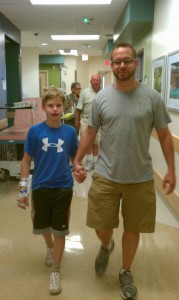 Noah walks with his father, David, 24 hours after surgery

Since the surgery, Alex has physically healed, in the sense that his hair has mostly grown back around the incisions on the top of his head.

After speech therapy, he can now talk and communicate what he needs correctly. Initially, Julie and David had to coax him into talking through simple, everyday activities.

“Alex is one of the most creative people that I’ve ever known,” David said.

Now, only his creative capacity needs to catch up to where it once was. Cognitively, the surgery left him with impulsive tendencies.

David said Noah’s surgery was less about cognition and more about structure.

“The first time they (the doctors) let me walk, I was fine,” Noah said.

Leading up to the surgeries, the Krasnows held a “good luck” party for Alex – just to remind him that he wasn’t alone while he was out at the Cleveland Clinic for tests.

David and Julie are trying to instill in the boys that they overcame a major roadblock. The parents saw families who weren’t so lucky at medical facilities like Riley Children’s Hospital.

Julie said they felt lucky that there were procedures to help improve the lives of her children. Another happy day for her and David will be Noah’s return to the soccer field.