You are at:Home»Current in Carmel»Carmel Business Local»No payments from Shapiro’s ‘since April,’ according to city 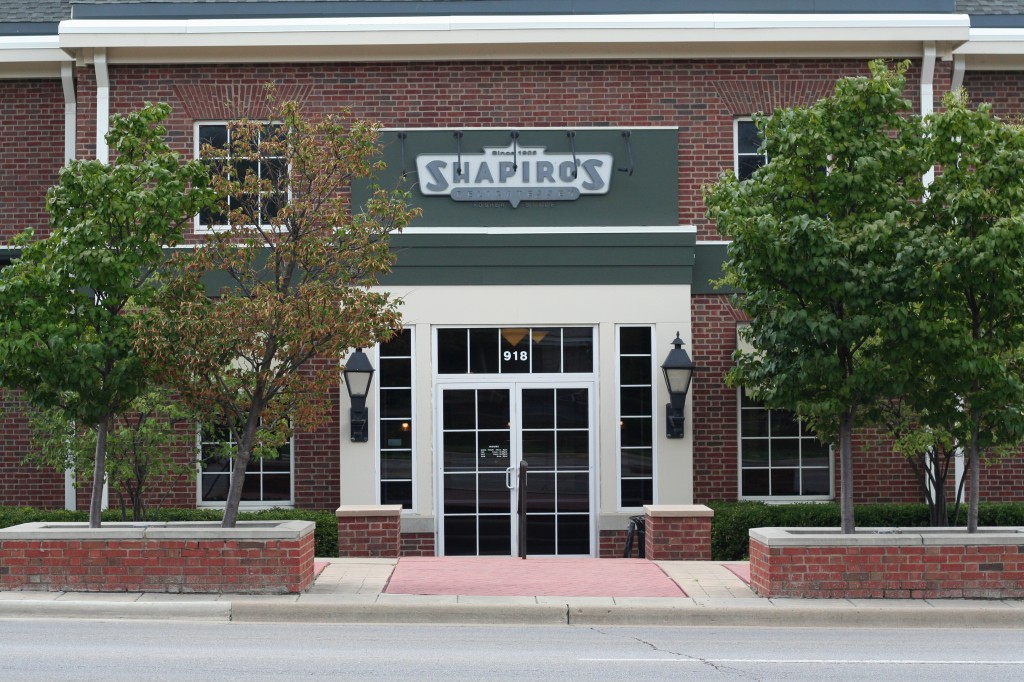 Shapiro’s Delicatessen has paid only $4,000 on its city-owned lease this year, and has made no payments since April, according to Nancy Heck,Carmel’s director of community relations.

The Shapiro’s building, located at918 S. Rangeline Road, was purchased by the city via the Carmel Redevelopment Commission in 2010 for $2.3 million. The building was then leased back to Shapiro’s owner Brian Shapiro. At the time, it was reported that the CRC had been making interest payments on Shapiro’s commercial loans on the building. The CRC receives its funds from commercial taxes paid by merchants inCityCenterand other tax increment financing (TIF) districts around the city.

As part of the leasing agreement, Shapiro’s is supposed to pay the CRC rent in the amount of $1,000 per month, plus a percentage rent of the lesser of 4 percent of gross sales or 50 percent of net sales. However, according to Heck, those payments have stopped since April.

Similar commercial space at Cornerstone Commons, located just a block north of Shapiro’s at 912 S. Rangeline Road, is currently on the market at an asking price of $3-$4,300 per month, or $22 per square foot.

Carmel Mayor Jim Brainard said he has been talking privately with Shapiro about the matter, but declined to comment further. He did say, however, that the city is looking at the Shapiro’s building as a possible home for an employee health clinic “if it gets subdivided,” fueling speculation that Shapiro may be looking to downsize his current space.

“We’re investigating whether an employee health clinic would save our self-funded health insurance plan money, and we’re considering the Shapiro’s building as a possible location,” Brainard said.

Shapiro would neither confirm nor deny whether plans to subdivide his space were in the works.

“Nothing has occurred,” Shapiro said. “I’ll consider anything, but we haven’t responded … haven’t talked to anyone from the redevelopment commission about their offers.”

Redevelopment Commission member Jeff Worrell said that although he’d heard talk of the building being subdivided in the past, it had been some time since he’d heard anything new.

“If there are any plans to divide it up, I’m not aware of those,” Worrell said.

According to Tim Ochs, an attorney for Ice Miller who represents Shapiro, the business is “considering its options.”

“Every business has to consider options, and that’s what Brian is doing,” Ochs said. “But there is no deal in place. For me to say that it’s something that’s likely or unlikely would be premature.”