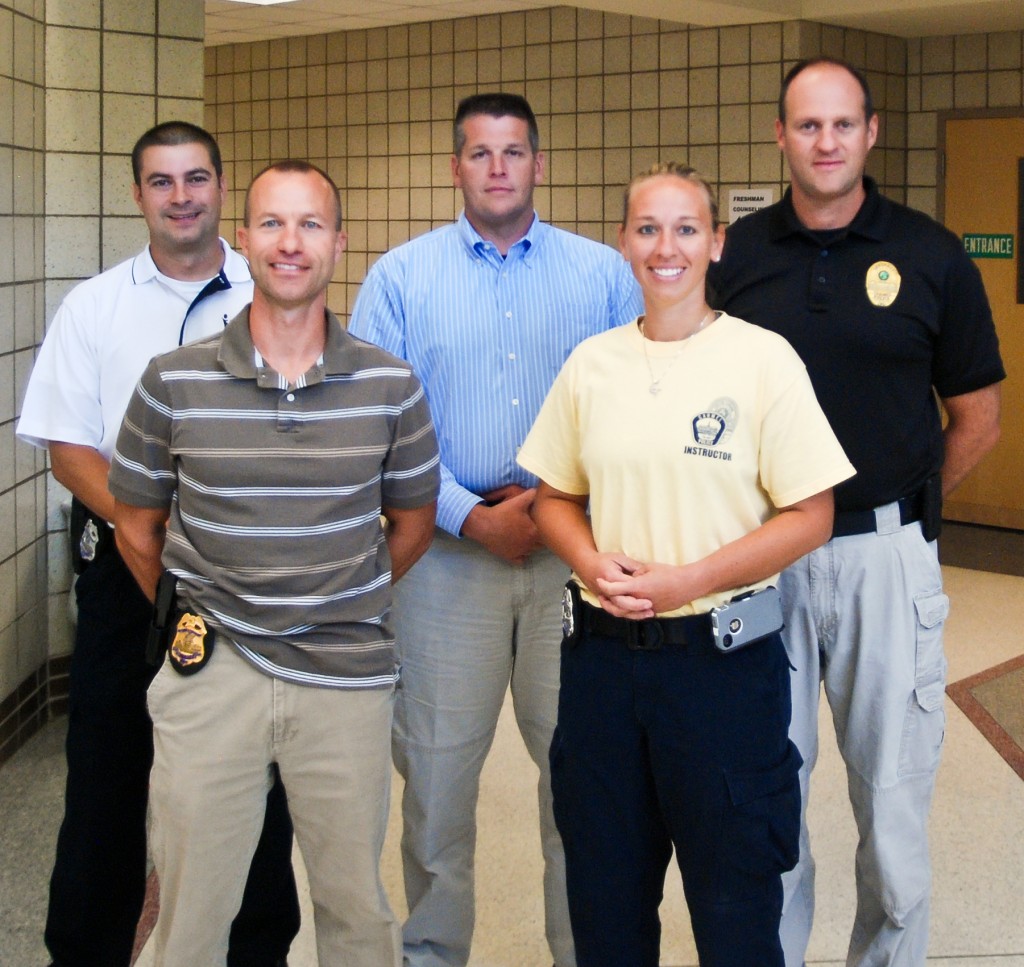 Carmel Clays’ school resource officers are used to keeping their eyes open, whether it’s for substance abuse trends among students or possible safety risks at schools.

The national award is given annually to a law enforcement agency that has shown excellence in several areas while implementing or maintaining a model school resource officer program. According to NASRO, recipients have shown a willingness to be proactive in their training, comprehensive in their policies, demonstrated excellence in their daily operation, and have brought recognition to the SRO program.

“This award is a reflection of the dedication these officers commit to our school resource unit in their day-to-day activities; along with the team efforts between the Carmel Clay School District and the Carmel Police Department,” said CPD Chief Tim Green. “We are proud of these Officers and all those involved in supporting the SRO program.”

Founded in 2001, the CPD School Resource Officer program began as a single SRO stationed atCarmelHigh School. The intention was for the schools and police dept. to work together to increase security for students and faculty. Officers oversee safety plans and protocols, educate students and faculty and serve as “informal mentors” for students.

Officers engage students with a “triad approach,” according to Schoeff.

“We’re law enforcement, we’re informal councilors and we’re educators,” he said. “The education aspect is drug education and safety lessons in the classrooms. And then we do a lot of mentoring outside of classrooms to help (students) make good decisions in their lives.

“When you’re talking about school-aged kids, you’re talking about decision-making in general,” Schoeff said. “Teaching kids that there are consequences for their actions is something we’re consistently working on. And in some ways, I think it’s an uphill battle because our society doesn’t necessarily follow that.”

To help officers connect with kids so the lessons they attempt to teach will hit home, much of their time is dedicated to building relationships with students, according to Bodenhorn. The officers said they’ve said positive results from their increased visibility in schools, and from participation in extra-curricular activities as well. Dewald, for example, helps coach theClayMiddle Schoolboys’ basketball team.

“I think it helps because I get to know the kids who are going to be the athletes, the quote-unquote ‘popular kids,’” Dewald said. “I’m riding along on the bus with them, kind of keeping them in line.”

For some officers, the SRO-student relationship has even continued after graduation.

“I actually had an ex-student who had graduated come to my office to turn himself in on a warrant,” Hobson said.

Keeping up with kids

Along with updating security plans for each school every year, the SRO unit also examines trends on crime and drug use in the community and the student demographic.

“We always evaluate issues that are affecting our kids and try to tailor our curriculum to that,” Hobson said.

Officers say they hope programs like DARE, which stands for Drug Abuse Resistance Education, and “It’s Party Time and It’s No Game,” a roleplaying simulation given to middle school students, will help reinforce to students that serious, long-term effects often accompany their decisions to use drugs or alcohol. The recent death of CHS graduate Brett Finbloom of apparent alcohol poisoning underscores the importance of the programs, according to officers, as nowadays kids have access not only to alcohol, but to prescription drugs and narcotics.

“One thing that I’ve always said is that the problems you have in your community are reflected in your school system,” Hobson said. “Prescription drug abuse is something that we’re definitely seeing trending.”

As the school year commences, the officers said they encourage any students or parents looking for resources inside or outside of school to contact them; information to do so for each school can be found online at ccs.k12.in.us/district/student-services/student-officers.