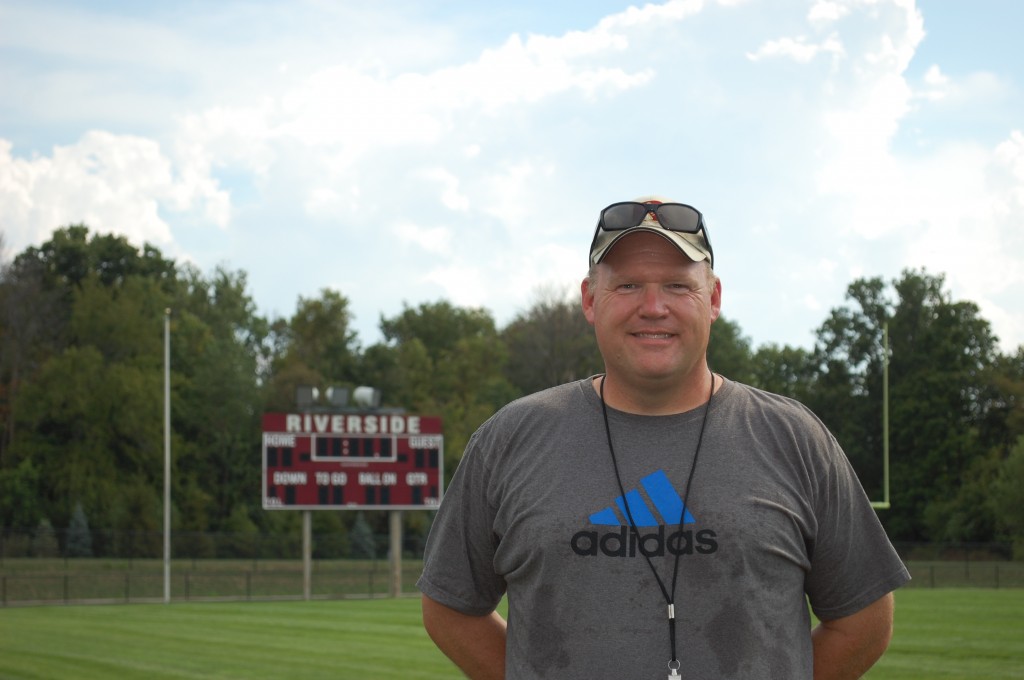 Lieutenant Mike Johnson sees coaching football and wrestling as a way to be a positive role model outside the class room.

Johnson, a 19-year veteran at FPD, is a district-wide DARE (Drug Abuse Resistance Education) coordinator. He started teaching the program in Hamilton Southeastern schools in 1995.

Before choosing a career in law enforcement, Johnson originally planned to be a teacher. Since he started working with the program, he’s found a way to do both.

He said the program evolved over time into what it is today – a course on making good general life choices, as well as drug education.

Coaching at Riverside for the past 10 years has given the officer the ability to reinforce the messages he gives in the classroom out on the football field.

His big message to students is to get involved with something – whether it’s sports or academic clubs.

He said his job as role model was “amped up tenfold” when he started the coaching gig.

Building connections is a major part of the experience for Johnson. He said simple situations like a student telling his or her parents about his classroom discussions are some of his favorite parts of the program.

Johnson said an old student approached him at Roost one morning and told the officer that he was responsible for saving his life.

“Those are the experiences you can take with you,” he said.

He said his roles as DARE coordinator and sports coach work in tandem, but demands at the police department sometimes require him to miss out on coaching.

Seeing and helping kids who are making bad choices is not an easy job, but Johnson said kids improve and become better because of it.

He hopes that the effort he puts into coaching and the DARE program really benefits the students and athletes.