Over the last four decades, Bethlehem-born Alex Khoury has created a lasting legacy across Central Indiana 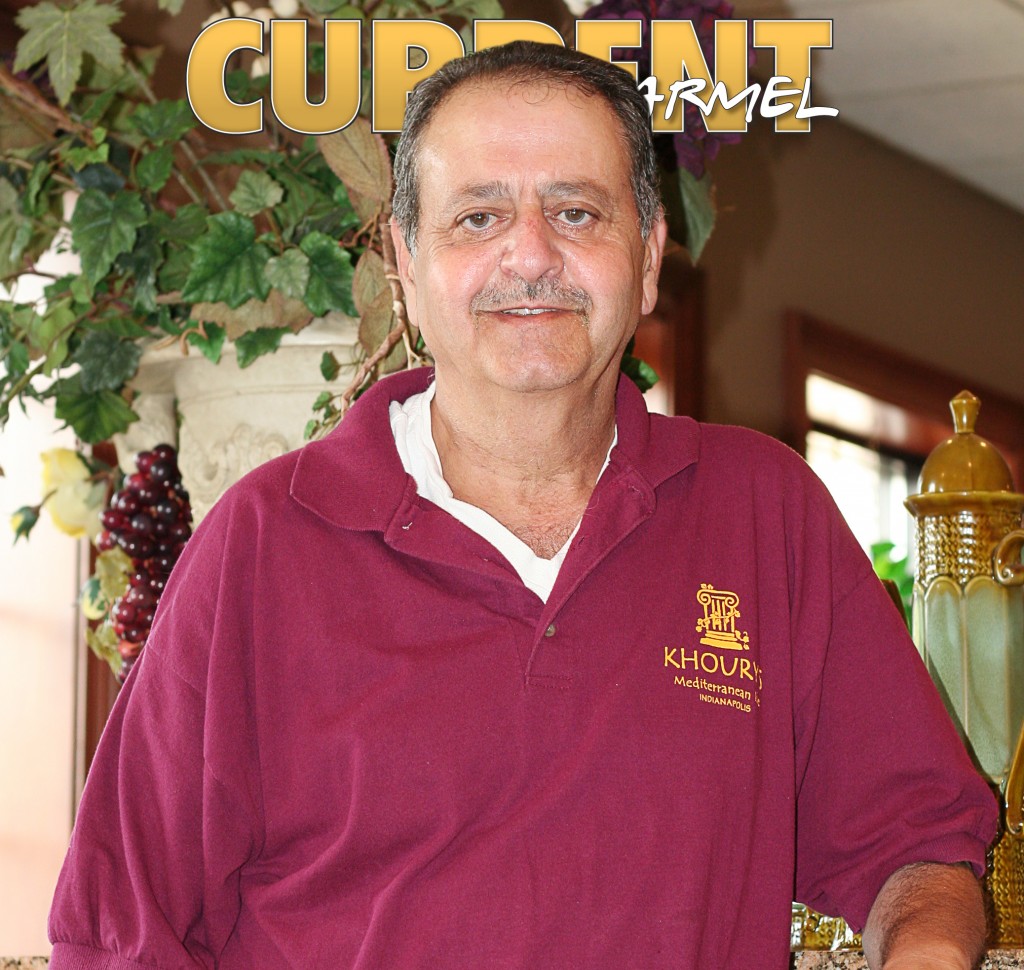 It’s hard to find a family that more consistently embodies entrepreneurial spirit than the Khourys.

Since 2002, Carmel resident Alex Khoury has owned and operated Khoury’s Mediterranean Island in Broad Ripple, one of a string of Central Indiana businesses built since the 1970s by Khoury, his brother Mina and their families.

The Khoury family moved to Indianapolis from the Holy Land in 1968, emigrating from their native Bethlehem, located in the center of the Palestinian West Bank. Khoury, the youngest in his family, attended college at IUPUI and graduated in 1976. Prior to graduation, Khoury and his brother had already become entrepreneurs, selling Middle Eastern groceries to a public that wasn’t even fully aware of what the region had to offer. 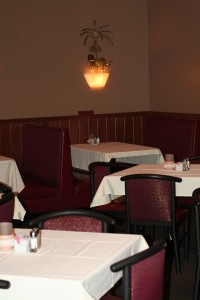 “We used to have the Parthenon, a small market at 38th and Central that was the only place in Indianapolis selling feta cheese or pita bread at that time,” said Khoury.

After graduating with a degree in science, Khoury decided it was time to move up from a grocery to a full-blown restaurant.

“I had always wanted to own my own restaurant and that was our first chance to have it, in 1981,” Khoury said. “We sold (the Parthenon) in 1976. The building where Khoury’s is today was up for auction so we bought it using the money from the sale.”

Originally, the building was split into two smaller spaces. Khoury used one space to open a small Greek fast-food restaurant while leasing out the other half of the building to a local Mexican restaurant.

“While it was originally Greek fast-food, we turned Khoury’s into a full sit-down restaurant with a market and then added the bar about 10 years ago,” said Khoury.

Changing with the times:

After establishing the restaurant’s sit-down atmosphere in 2002, customer after customer asked Khoury if he would consider serving hookah. He decided to do just that.

“Hookah is a Middle Eastern tradition of dessert. Rather than eating something, you smoke something with the flavor of apples or strawberry and very little nicotine,” said Khoury. “Hookah was definitely a fad. When we started serving it, the entire restaurant would be filled with hookahs, 40 or 50 hookahs at a time.”

Now with a smoking-free, family-friendly environment, Khoury’s offers a full lunch buffet as well as evening dining and drinks. The restaurant and Mediterranean market is open from 11 a.m. to 9 p.m. Tuesday through Thursday, 11 a.m. to 10 p.m. Friday and Saturday, and noon to 8 p.m. on Sundays. For more information, please visit khourys-restaurant.com or call 251-8610. 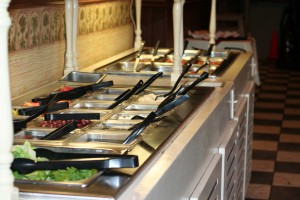 On June 1, a statewide smoking ban went into effect, placing Khoury and his restaurant in a precarious position: choose to continue serving hookah, something for which Khoury’s is widely known in the area, and become a 21-and-over establishment, or abandon hookah, become entirely smoke-free and focus on a family-dining experience.

“The new smoking ban makes it so that not even my own grandchildren can be in my restaurant without risking a massive fine,” said Khoury. “Ninety percent of our hookah business is to customers between the ages of 18 and 21. Being forced to become only 21 and older would mean losing most of those customers.”

Khoury continued serving hookah for several weeks after the smoking ban went into effect, but said he did not like having to turn away families and teenagers.

“It feels like losing half of your job. We either have to turn away families with children or give up hookah entirely, something that we are known for in the area. (It) makes it so difficult to stay in business,” said Khoury.

For the last several weeks, Khoury’s has been a purely smoke-free establishment. Choosing to focus on family dining made sense for a restaurant such as Khoury’s, one so deeply rooted within the Khoury family.

“My wife is an excellent cook. She still cooks here. My mother used to cook here as well, but recently retired. Even the combination plates we serve are named after our children and grandchildren,” said Khoury.

While Khoury works to create a lasting legacy with Khoury’s Mediterranean Island, his family continues to branch out across Central Indiana, starting businesses in everything from mobile phones to food service.

“My son, Shadi, came to me and said, ‘I want a food truck,’ and I helped him get started. I gave him the money and he did all the rest of the work,” said Khoury. “Khoury’s helped my brother and I pay for the Dairy Queen in Carmel which we own and operate as well.”

Devotion to one’s family and friends has always been Khoury’s primary concern, he said, relating a story of a criminal run-in at The Parthenon to illustrate his point.

“In 1971, we were robbed. The man stole my checks, my cross necklace and a ring my mother gave me. He had a gun. I could see the top of the bullet in the barrel,” Khoury said. “I wasn’t worried about me. I was worried about my mother and how she would get the news.” 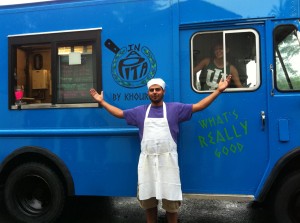 Shadi Khoury, Alex’s son, has been operating his own food truck, In a Pita, for more than two months. Serving areas all across Central Indiana, In a Pita features a limited menu of food similar to that found at Khoury’s including gyros, shawarma, falafels and its signature pita chips: slices of fried pita bread served with a choice of hummus, honey and feta or cinnamon and sugar. For more information, visit inapitaindy.com or follow @InaPitaIndy on Twitter.