You are at:Home»Current in Zionsville»All in a day’s work 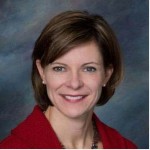 The reason for the change? Researchers attribute it to the proliferation of single parent families and two working parent families, plus the fact that increased emphasis on school accountability and rising state standards heightens the pressure to progress students academically.

Eagle Elementary principal Christine Squier believes that Zionsville Community Schools’ move to full-day kindergarten is necessary, though she admits that in the past, a lack of overall uniformity in kindergarten meant that its curricula varied from school to school.

That is about to change, as kindergartens and other grades initiatecompliance under new National Common Core standards. Those standards will unify curricula from state to state, but the key to developing a full-day kindergartenprogram, Squier says, is to remember thatchildren learn at different rates.

“Having the standards is good,” she said. “But standardizing the program is not necessarily good because you still need to make sure that you are meeting the child where they are developmentally and moving them forward. (At Eagle) we are still able to do that.” 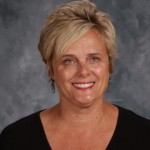 “Two years ago, Indiana decided each student needed a 90-minute literacy block and a 60-minute math block,” said Thompson. “But in half-day kindergarten, this was virtually impossible. Students had very little time to choose their own activities because their day was fully scheduled.”

Now, Townsend says, there’s also time for self-selectedactivities along with art, music, science and physical education. She touts the model as adherent to the cognitive needs of kindergarten-aged students, as well – children of kindergarten age generally have an attention span of 12 to 15 minutes.

“We are excited we can bring this level of learning up for our students and do more activities and hands-on instruction,” she said. “Lessons are short and quick because they are kindergarteners; we will do at least three different activities in a time period.” 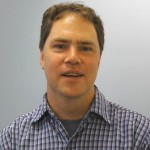 Dr. Kyle Snow, co-author of School Readiness, Early Learning and the Transition to Kindergarten in the era of Accountabilityand the Director of the Center for Applied Research, National Association for the Education of Young Children says that full-day kindergarten definitelysupports this bridge to first grade. Snow maintains that it ispreparation for the next year, just as all the years from birth through schooling play a role in a child’s progressive development.

“Teaching children to read in kindergarten sounds very first-grade like,” he said. “But we know enough about how children learn to read that we can use kindergarten to foster ‘preliteracy’ or ‘early reading’ skills – things like recognizing letters and mapping speech sounds to letters.”

At a base level, starting earlier simply means that students will have earlier interventions for existing learning problems. And for at-risk students, withadded time comes added confidence from working in areas longer and participating in more activities that will enhance student learning, resulting, Townsend says, in “more success” in first grade and beyond.

$80 million in grants for schools offering full-day kindergarten were approved in March, coupled with $310 million in previously undiscovered state funds. As of right now, “FDK” is fully funded, at no cost to the taxpayer.