You are at:Home»Current in Westfield»Tales of the Crypts 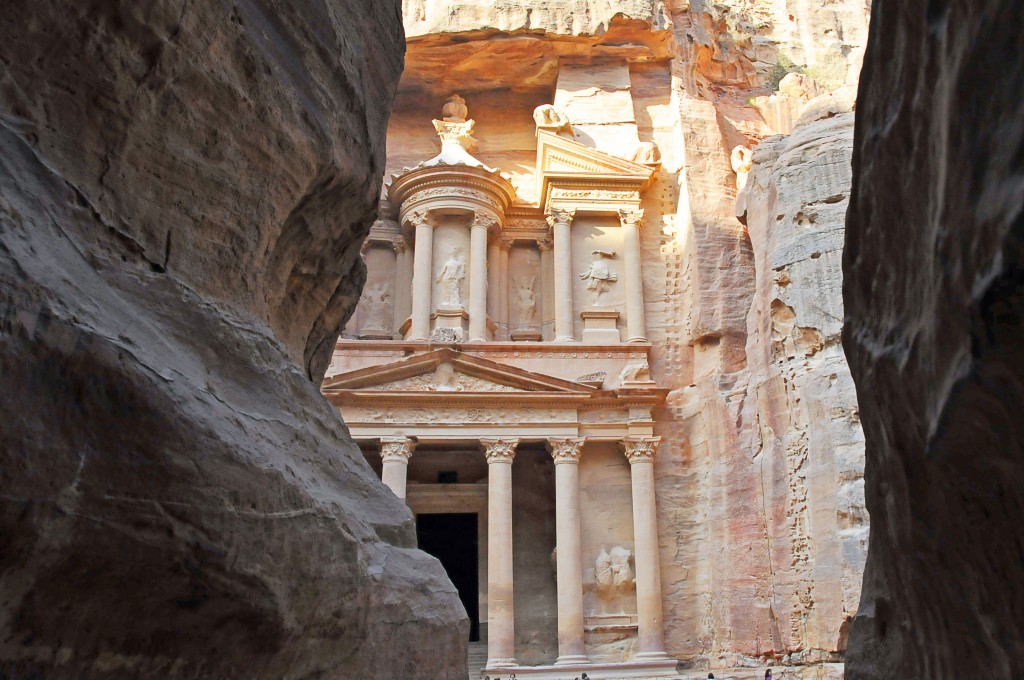 The Treasury of the Pharaoh. (Photo by Don Knebel)

One of the most anticipated “surprises” in all of travel is at the end of the siq, the narrow split in the sandstone that leads to Petra.  After walking more than a mile between walls so high that only a sliver of sky can be seen, the 130-feet high façade of the “Treasury of the Pharaoh” suddenly appears, hewn from the cliff face and glowing pink in the sun.  Pockmarks in the stone urn above the classic portico reflect the unsuccessful efforts of local Bedouins to get at the gold they say the Pharaoh stored there after chasing the Israelites all the way from Egypt.  Other local legends say that the rock Moses struck to get water is along the siq and the grave of Aaron is somewhere nearby.  Although Moses and Aaron may have been in the vicinity, there was never any money in the Treasury and the Pharaoh of the Exodus missed Petra by almost a thousand years. 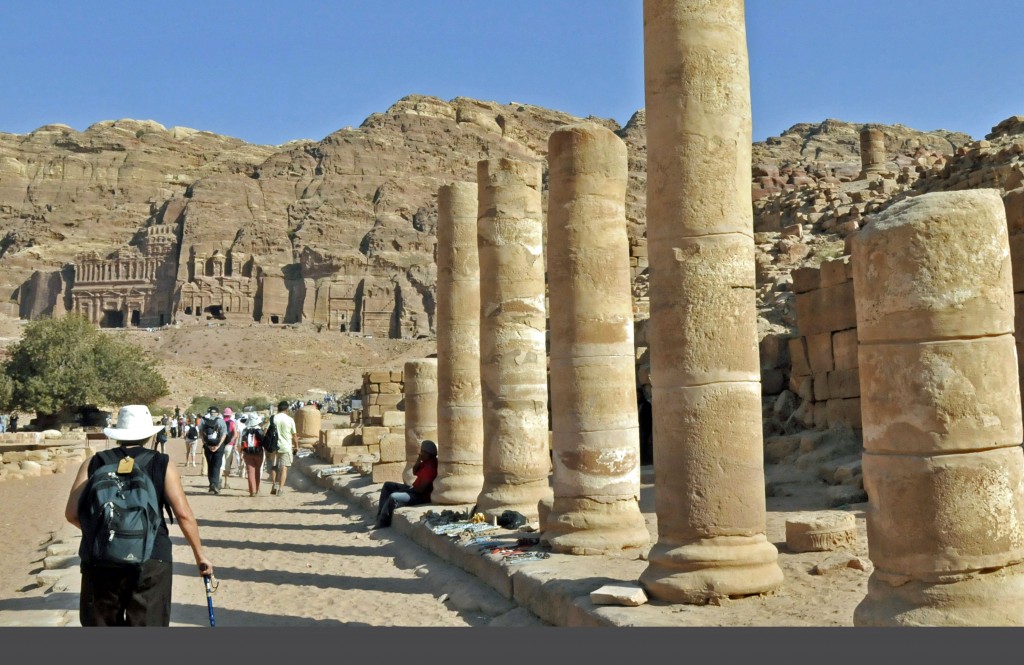 Petra, the Rose-Red City in southern Jordan, was founded in about 400 B.C. by the Nebateans at the center of the caravan routes then crisscrossing the Middle East.  The so-called “Treasury” was actually the tomb for an important Nebatean king.  A second impressive carved façade called the “Monastery,” reached by climbing more than 800 steps through steep mountains, was another tomb.  Petra has so many elaborately carved tombs that some people have speculated that it was really a city of the dead, reserved for burials and religious ceremonies.  However, a 6000-seat theatre carved among the tombs and shops along a cardo lined with columns prove otherwise.  At its peak Petra was probably home to 30,000 or so people, protected from enemies by the siq and nurtured by an ingenious system that captured and directed water from flash floods. 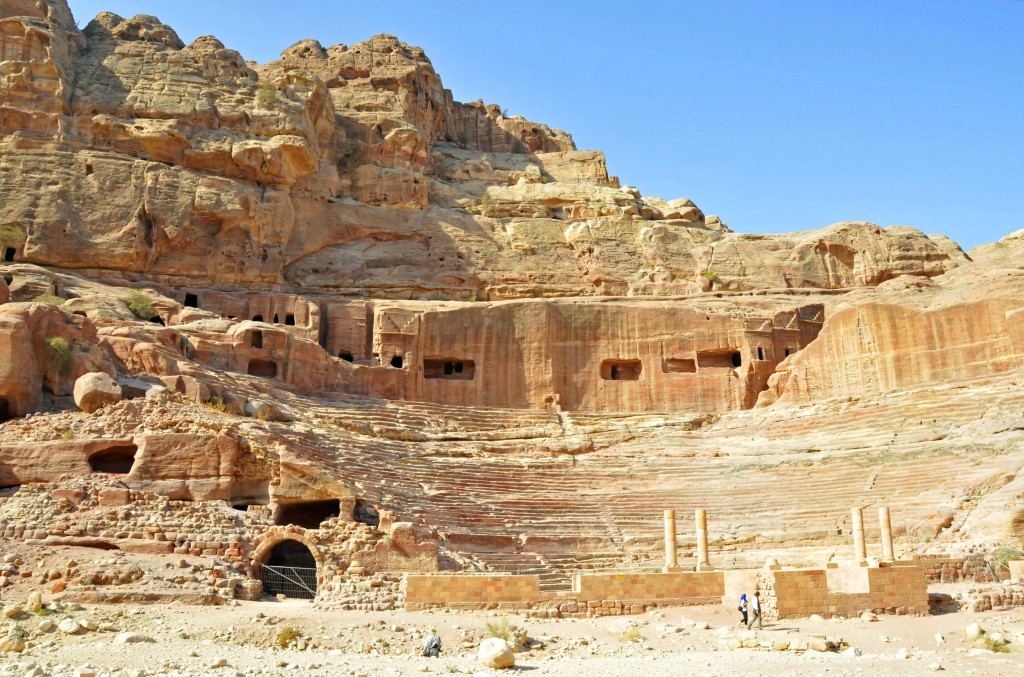 Petra, annexed to the Roman Empire in 106 A.D., later contained a Byzantine church with spectacular mosaics.  Burned Greek manuscripts found in the church are still being restored and translated and may reveal new details about the city at that time.  The Crusaders in the twelfth century used the Monastery as a church, leading to its current name.  Having been lost to the West for centuries, Petra was “rediscovered” in 1812 by a Swiss explorer masquerading as a Bedouin. 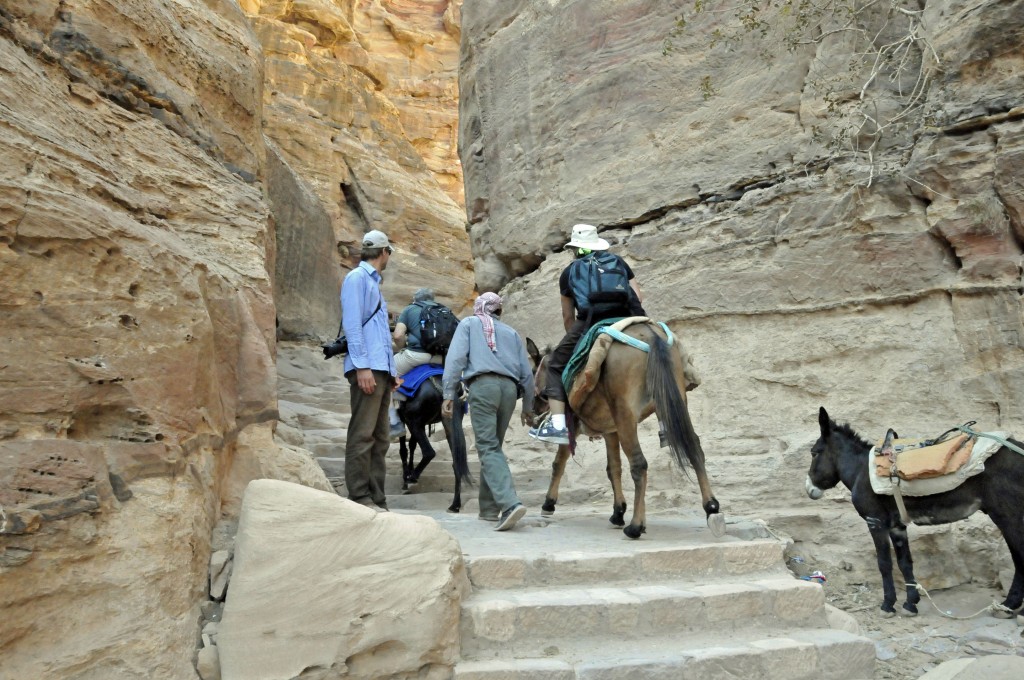 Steps to the Monastery

Petra, on many published bucket lists, was recently named one of the new Seven Wonders of the World and is definitely worth the trip.  But don’t expect to find the impressive rooms and statues behind the Treasury’s façade shown in Indiana Jones and the Last Crusade.  Like the gold in the urn and the rock struck by Moses, they exist only in the imagination. 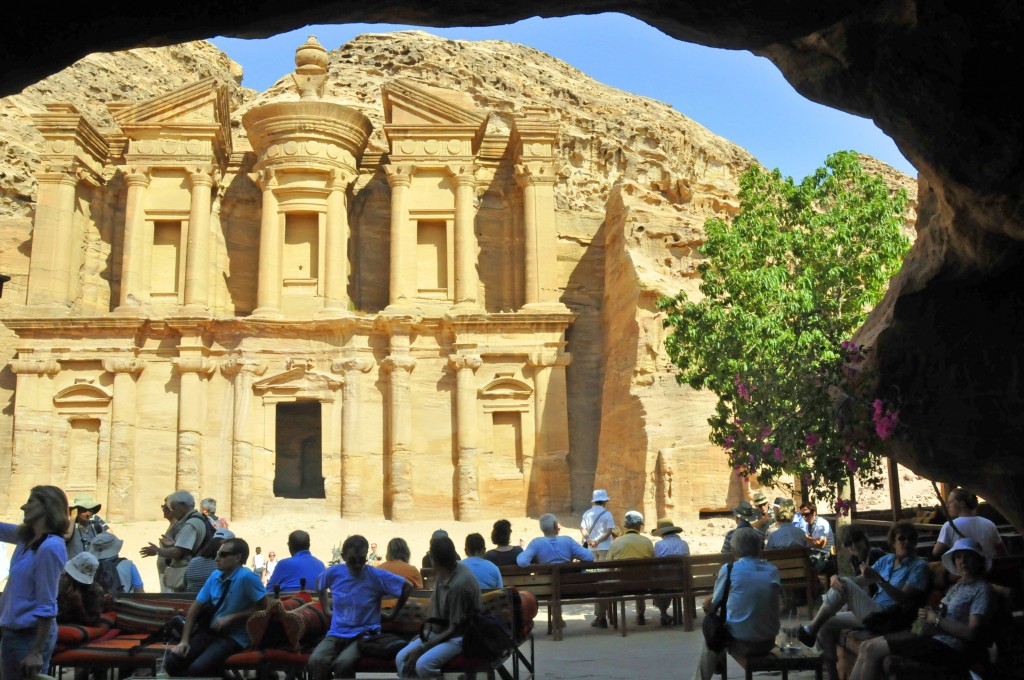