You are at:Home»Current in Zionsville»Love is a verb 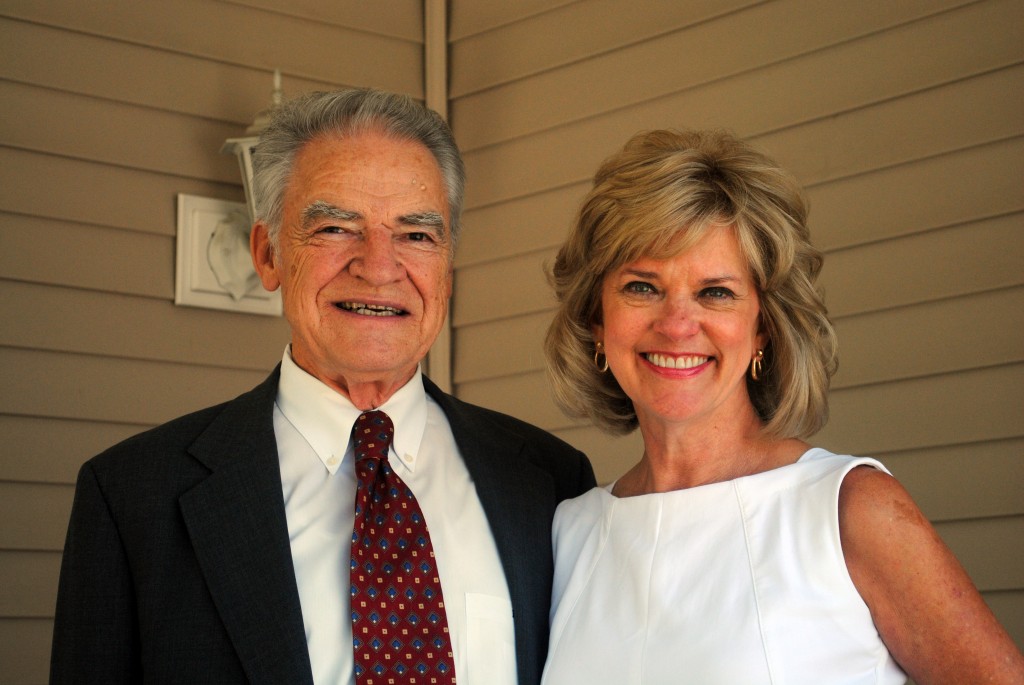 It’s not about dollar signs, or job titles, or vacations to Europe.

Heck, it’s not even about fancy cars.

It’s all about love – and Rollie and Cheri Dick have that in spades.

The Zionsville power couple’s tale is a fantastic one, their union a phoenix that rose from the ashes of loss to find true kinship and chemistry. Sitting across from them, it’s easy to mistake their smitten behavior for teenagers’.

“We have so much fun,” Cheri said, her face lighting up at the prospect of talking about her husband of nearly three and a half years. “We’ve had people say, ‘We thought you just got married!’ I think it’s a case of soul mates.” 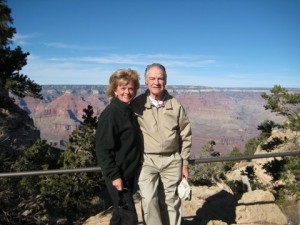 Rollie and Cheri at the Grand Canyon.

The Dicks, without the love story, would still be a tremendous read. Rollie, born in Iowa and a Zionsville resident since 1971, was a public accountant before joining Conseco and now, aside from chairing and serving on a number of Indianapolis-area boards, works with MH Equity.

Cheri, an Indianapolis native, worked in non-profits and spent more than 20 years in her father’s architectural engineering firm before applying for the executive director position at the Booth Tarkington Civic Theatre some seven years ago.

Little did she or Rollieknow, that career choice changed both their lives.

“I was Chairman of the Board (for the Theatre) and we needed to hire a new director,” said Rollie. “Cheri was at a change point in her life and needed to look for a new employer. A friend convinced her to apply for the job, and I was on the search committee. I like to say that I voted ‘No’ on her hiring but was outvoted.”

“Can you believe that?!” Cheri interjects. 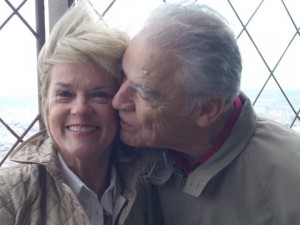 Kissing on top of the Eiffel Tower

And so it goes with the Dicks, but the entirety of their story is not upbeat. At the time of Cheri’s hire, both she and Rollie were happily married. Soon after the commencement of their working relationship – they met each Tuesday at 4 p.m., Rollie the mentor and Cheri the understudy – both of their spouses passed away within a year of each other.

A short time later, sparks flew and a new relationship was formed – even if the honeymoon had to wait.

“We both had children prior, and I had grandchildren from the prior marriage,” said Rollie. “We decided that our blended families didn’t know each other real well so we deferred taking a honeymoon for a few months until we got everybody’s schedule coordinated and then we invited all the kids and grandkids to come along on the honeymoon.” 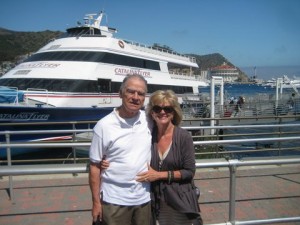 “That was really a baptism by fire!” Cheri summarized of that trip to Canada’s Victoria Island, before noting that the family is very supportive and pleased with the happiness they see in both she and Rollie. “It’s just great chemistry, and our kids recognize that.”

After their nuptials, the Dicks moved into Rollie’s home on Zionsville’s western flank. Interestingly enough, however, there is a house much farther west that looks more than a little like it.

“In December of 1969, (his first wife) and I built a home outside Des Moines because it had been determined that my job would not be transferring me,” said Rollie. “By March of ’70, that changed and I was transferred. I loved that house, so I built one just like it here.”

“Rollie took me to Des Moines a few years ago to show me,” Cheri said. “I said ‘I’ve seen that house before; I live in it!’”

It is there the Dicks lay their heads. Tucked away and off the road, the home is set deep in nature, something both Rollie and Cheri enjoy. When they’re not watching fawns at their deer feeder, entertaining or cooking, they can be found doing nothing together – and enjoying it greatly.

“We have such common interests,” said Cheri. “We enjoy reading and play music every night – our favorite song is “Unforgettable.” We are not television watchers; we’re really dorky.”

“We’re on a perpetual honeymoon,” Rollie said. “Every day is better than the last.”

As those days pass, Rollie still drives his 2004 Pontiac Grand-Am – “I have a reputation to keep up,” he jokes – and stays busy, with no plans to slow down anytime soon. Cheri also must tend to her work, but it’s their fairytale that remains front and center.

“Every day is a favorite memory,” said Cheri. “Our mantra is ‘All we have is time.’ I’m so madly in love with this man; and it is so wonderful, being in love.”