You are at:Home»Current in Fishers»Can you take the heat? 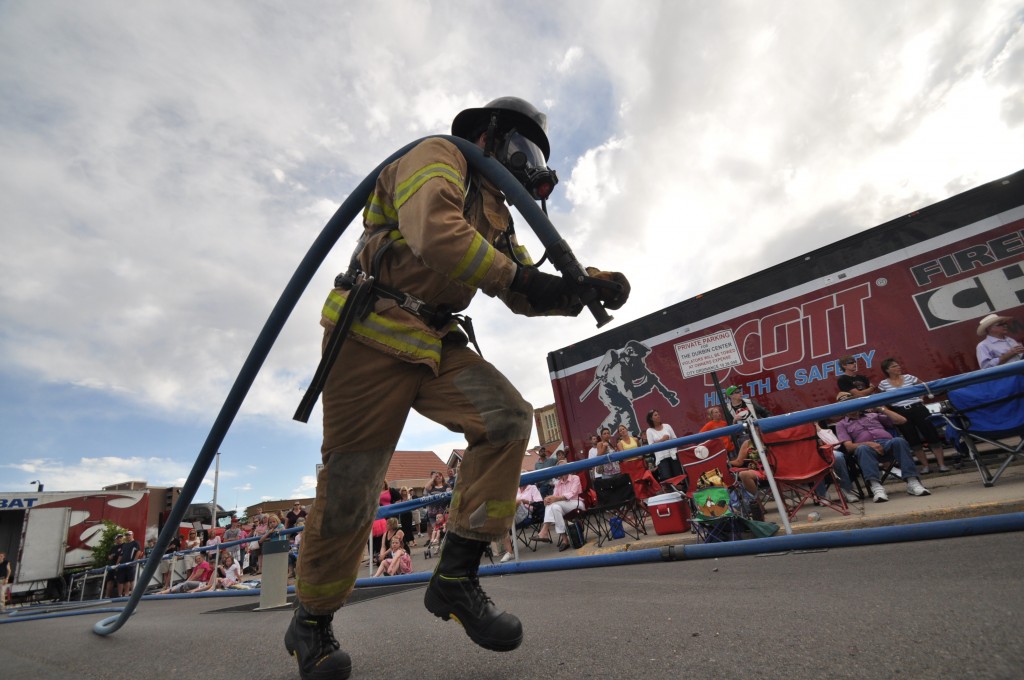 The competition that tests firefighters’ mettle around the world comes to the Roy G. Holland Memorial Park this weekend.

It’s the Firefighter Combat Challenge – an athletic competition that assesses firefighters’ skills in five different areas they may face in the field and when lives are on the line.

“I’m excited for the world-class athletes to visit Fishers,” he said, “and see what Fishers is all about.” 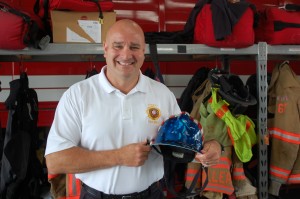 Fishers Fire and Emergency Services Chief Steve Orusa competed in past Firefirghter Challenges and ranked in the top 10. (Photo by Dan Domsic)

Competitors from around the globe regularly compete in the challenge, which mimics performance tests for firefighters in their respective communities. Firefighters have participated in this athletic arena since 1991, eventually gaining the attention of ESPN and Versus.

At each Firefighter Combat Challenge across the United States, five main events comprise the competitions which ultimately pave the way to the Worlds competition. Those events include a high-rise pack carry, hose hoist, forcible entry, hose advance and victim rescue.

Orusa said many firefighters train for the events like it’s a part-time job. In each competition, the firefighters push themselves to physical failure – which makes training an intense component of a typical firefighter’s daily routine.

Fishers firefighter Dave Bobo has been training for the Challenge on-and-off for the past four or five months. Bobo competed in the competition once before and is a 16-and-a-half year veteran at FFD.

This time around he is one of the five teammates on FFD’s relay team. Each teammate has a section of the relay to complete, and Bobo is tasked with crushing the Keiser Force Machine. He’ll have to drive a steel beam five feet with a nine pound shot mallet, simulating a chopping motion a firefighter might have to use to clear a door to enter a burning building.

Bobo looks forward to the camaraderie between all the firefighters that will gather at Holland Park, but this athletic competition is as serious as they get.

“This is as serious as a heart-attack,” Orusa said.

Every firefighter is decked out in full gear – including oxygen tanks and masks.

Orusa said that means as the firefighter-athletes push themselves for those two or three minutes of competition, there’s absolutely no cooling or taking a break. Sweat can’t even cool the combatants – much like the conditions they’re under during real fires.

“What I think that’s really neat to is just showcasing to everybody what it’s really like,” Bobo said. “This combat challenge was designed because this is the job that we do.”

In the movies, people expect to see athletes like Rudy Reuttiger or Rocky sit down in an ice-bath after a tough practice or sparring match, but ice baths and IV lines are at the ready for these athletes right after a single event.

“Not only is it about physical exertion, it’s about technique and timing,” he said, “just as any world-class sporting event.”

Orusa said those factors and luck are the differences between winning and losing, as the best firefighters are separated by fractions of a second. 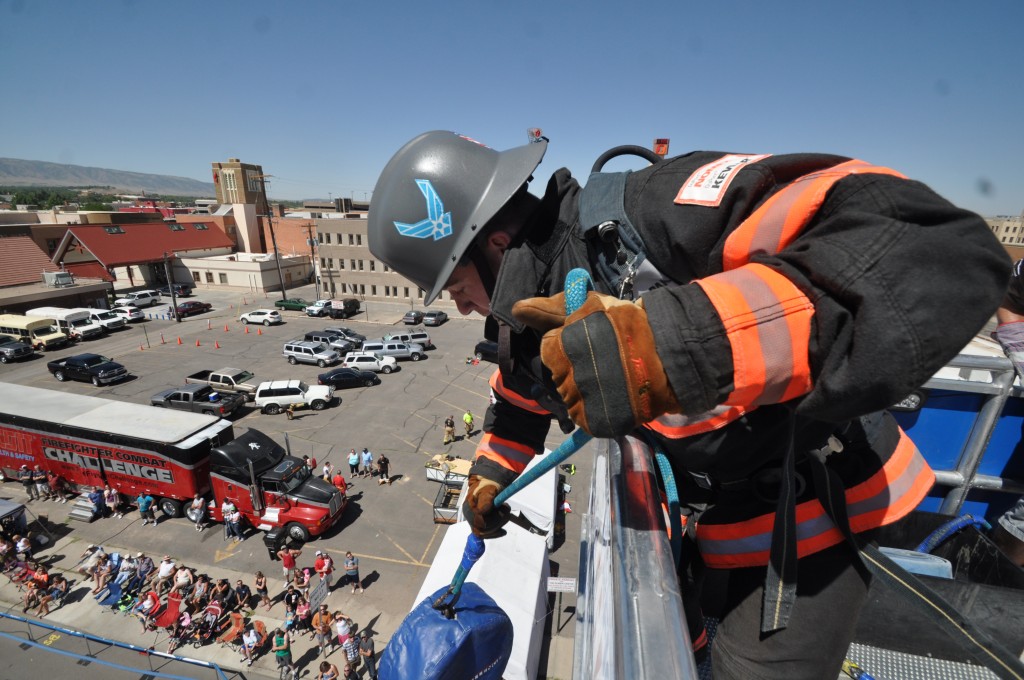 Ready for the heat

Various people and organizations around Fishers have helped prepare for the Firefighter Combat Challenge.

Paramedics and FPD will be on hand – just in case a competitor, or spectator, can’t take the heat.

Orusa said the festival wouldn’t have been possible without the help of sponsors, the Town of Fishers staff and Jennifer Kehl, executive director of the Fishers Freedom Festival, who stepped in to organize the event.

Bobo said of the Challenge, “It’s just camaraderie and getting to know them [other firefighters]and making new friends, really –­ that’s the bottom line.”