You are at:Home»Current in Westfield»Bed and Biscuit under new ownership 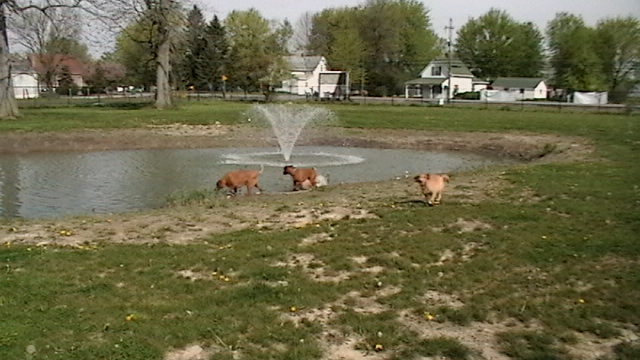 John Rose is the new owner of Bed and Biscuit Kennels, 3809 W. SR 32 in Jolietville, a business that’s well known in the community but has had many different iterations.

“For the last 13 years, it has been continuously operated as a boarding kennel,” he said of the facility, which he took possession of in April and re-opened in May. “It’s had a mixed history. It was built in the 1950s, was originally a breeding kennel and then was a dance hall. But recently, it’s been a full-time kennel.”

Rose said his operation is a boarding kennel for dogs as well as cats. Sitting on five acres, Bed and Biscuit features both indoor and outdoor kennels as well as a private park for boarding dogs and a three-acre public dog park.

The business, which cares for between 50 and 100 dogs each day, also offers grooming and pet daycare services but the dog park aspect is first and foremost on Rose’s mind at the moment.

“The city of Westfield has plans for its own dog park,” he said. “That’s scary for the small business owner, because there’s not much equity in the competition when you go up against government.”

Noting that the city doesn’t have to pay for its own permits or inspections and thus has an easier path to completion, Rose added that he was unsure if the market could support two large dog parks within two miles of each other.

“I’m not clear if my taxes go into the Parks and Recreation department, but that would be strange; it seems like I’m supporting my competition.”

In September, Rose plans on offering a “Yappy Hour” on Saturday afternoons, which will be a free opportunity for the public to use the three-acre park.