You are at:Home»Current in Carmel»Carmel Community»Carmel magician performs benefit show for Cathedral grad 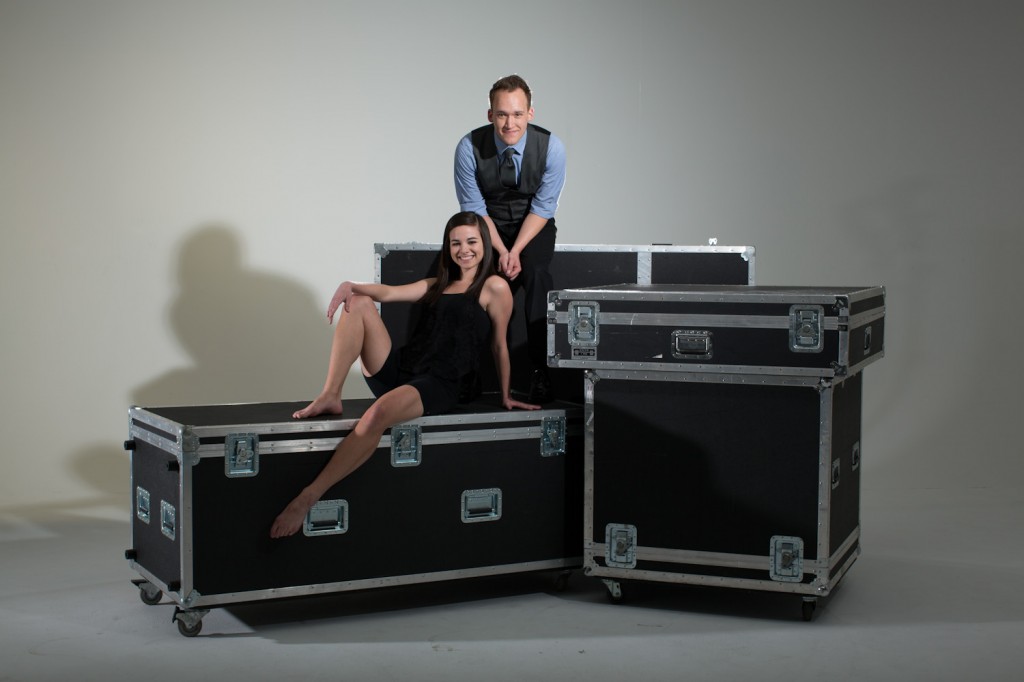 The Ruckelshaus family experienced a great tragedy when their son, Jay, suffered a terrible spinal cord injury in 2011 due to a diving accident. Ruckelshaus was co-valedictorian of his high school class as well as a cross country runner, a swimmer, and a crew athlete. Unfortunately, the accident left Ruckelshaus paralyzed from the mid-chest down.

Sherlock first became interested in illusions at a young age when he received a magic kit for Christmas from his grandparents. Although his first spontaneous performance was not spectacular, Sherlock remarked that the Christmas events “became an annual thing” with the whole family gathering together. Sherlock’s skill progressed from that point.

“I did my brother’s birthday party”, said Jared, “and then his friends wanted me to do theirs, everything just picked up.”

After joining the local chapter of the Society of Young Magicians Sherlock learned from older magicians and even held a full performance for fellow high school members at Cathedral. Now Sherlock owns a professional touring company based inMinneapolis.

However, Sherlock does more than simply entertain the public. Through the Arts Now foundation, Sherlock Studios contributes to local charities whenever possible.

“Every major production that Sherlock Studios produces is partnered with a local charitable organization”, said Sherlock. Through Arts Now, Sherlock Studios has managed to raise more than $55,000 for various charities between centralIndianaand centralMinnesota, including the Boy Scouts of America and the Indiana Children’s Wish Foundation.

Sherlock hopes that the proceeds from Friday’s event will help alleviate the strain from the Ruckelshaus family, with whom he was acquainted in high school.

“Jay is, and always has been, an inspiring man” said Sherlock. “I am humbled by Jay’s unflinching courage, and I am overjoyed to perform a show that will support him and his family, while celebrating his progress.”