You are at:Home»Current in Fishers»Bass and bullets

Fishing for a cause 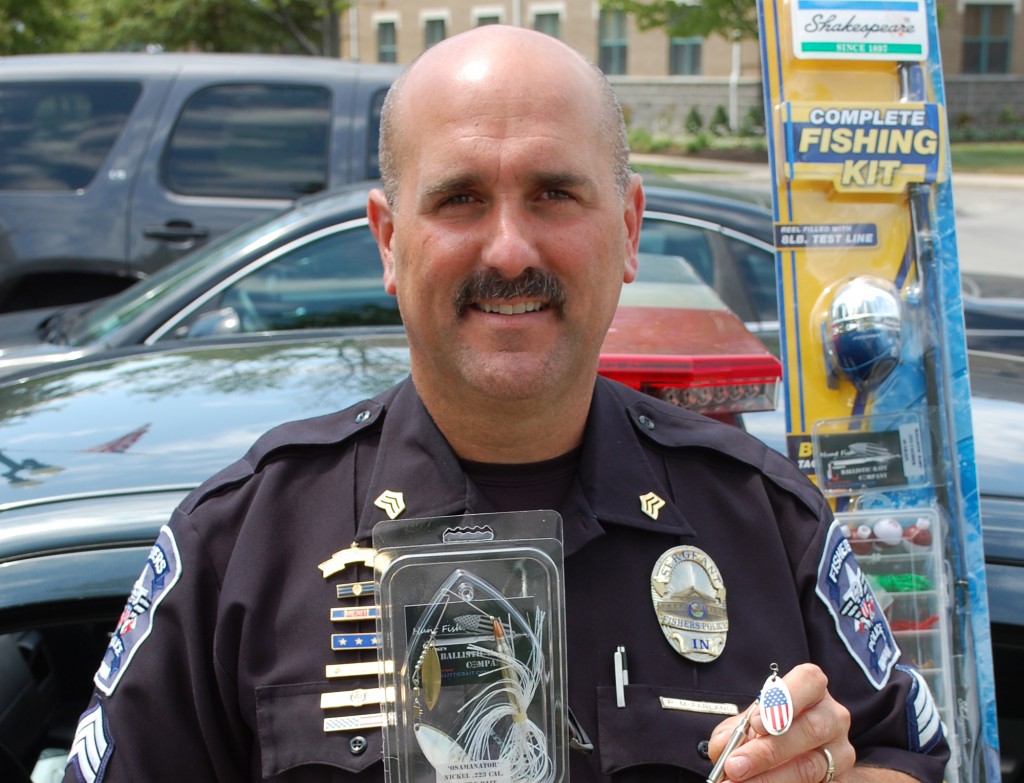 They sound like intimidating nick-names for elite soldiers fighting on the world’s toughest battle fields. In reality, they’re just a handful of names for unique fishing baits crafted with disarmed bullets by one of FPD’s officers to fund a unique cause. 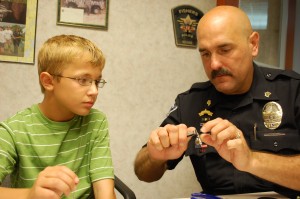 The "Sarge" shows Bergen how Ballistic Baits are made.

Sergeant Randy McFarland, a public education officer, started the company that sells unique fishing lures and baits to help pay for a youth outreach program of his own creation – Sarge’s Catch and Release Program.

McFarland helped start FPD’s School Resource Officer Unit in 2002 for the Hamilton Southeastern school district. In the early days of the program, he felt he didn’t have the time to really counsel students who were going through tough times.

After a long day of work, McFarland took his gear out to fish and realized his hobby could be the vehicle for the extra outreach and counseling he wanted to do.

“This isn’t about fishing, it’s about time,” he said. “It’s just teaching them [the participants]the importance that there’s more to life than things.” 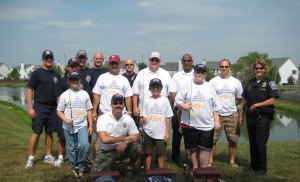 McFarland, kneeling in front, and program participants gathering after a day of fishing.

The program took off in 2003. Each summer McFarland takes a group of young men fishing intermittently throughout the season. He teaches each participant the art of fishing for the first couple of outings, and down the line, if they need guidance, he’s there to talk about making responsible choices.

McFarland said the catch and release program evolved to include kids that may need an extra role model and kids that deserve a little extra praise and get outdoors. If the participants get through the summer without getting into any trouble, they get to keep their decked out tackle box and fishing pole.

The fishing season is concluded with a tournament all the participants compete in. McFarland and volunteers, such as Pastor Gary Stump, run the tournament.

“It’s not just spending time,” Stump said, “but earning the right to speak to them about life, and reinforcing what mom and dad say from a different perspective.”

Funding a pass-time and a mission 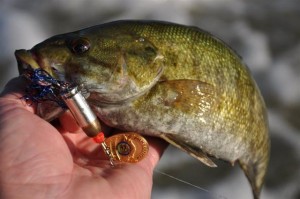 McFarland's unique lures can be found at ballisticbaits.com and this year's Firefighter Challenge.

At FPD, McFarland sits with Bergen Nicholson, a middle-school student who has gone fishing with the Sarge for a couple of years now.

Spread out over the desk is an array of McFarland’s Ballistic Baits. McFarland, an Army veteran and ex team leader on the department’s sniper team, knows a thing or two about the bullets he stripped to build his unique line of fishing lures. Ask him what his “Tango Down” bait, which features a .50 caliber round, is good for catching, and he’ll tell you a fish from “Jurassic Park.”

He’s showing Bergen how to put together one of the lures. Bergen is the first person besides McFarland to put the baits together, which according to Stump, are tremendous at catching fish.

Long before Ballistic Baits came along, McFarland and his wife, Charlotte were able to fund the program on their own and with the help of charitable donations.

But in 2008, Charlotte became severely ill, and after two weeks of tests at the Mayo Clinic, was diagnosed with a rare form of a rare disease called sarchoidosis, which acts like and is treated like cancer. Until that point, Randy never knew Charlotte to sleep past 7 a.m.

Charlotte could no longer go to work because of her health condition, making it impossible for the couple to fund the program without even more outside help.

“I was praying to God to give me an idea to help offset some of the costs,” McFarland said.

Today, Ballistic Baits and donations make the program financially possible. Charlotte still helps him when she can.

Building a program, finishing a lure 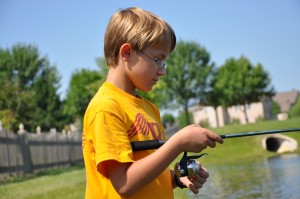 Bergen casts a line at a catch and release event.

Bergen watches McFarland slip tiny components of one his signature baits over a wire.

“Getting to spend time with him [McFarland],” he said.

Lisa Nicholson, Bergen’s mother and a regular volunteer at Fishers Police Department, said having a friend and role model like McFarland is a highlight for Bergen.

McFarland said only one participant in the past nine years failed to earn the fishing gear at the end of the summer, but years later a different Catch and Release graduate called him at FPD – just to say thank you.

McFarland replied, “You made it. What you made was my decade.”

“Again, this isn’t about fishing. It’s about time.”