You are at:Home»Current in Carmel» 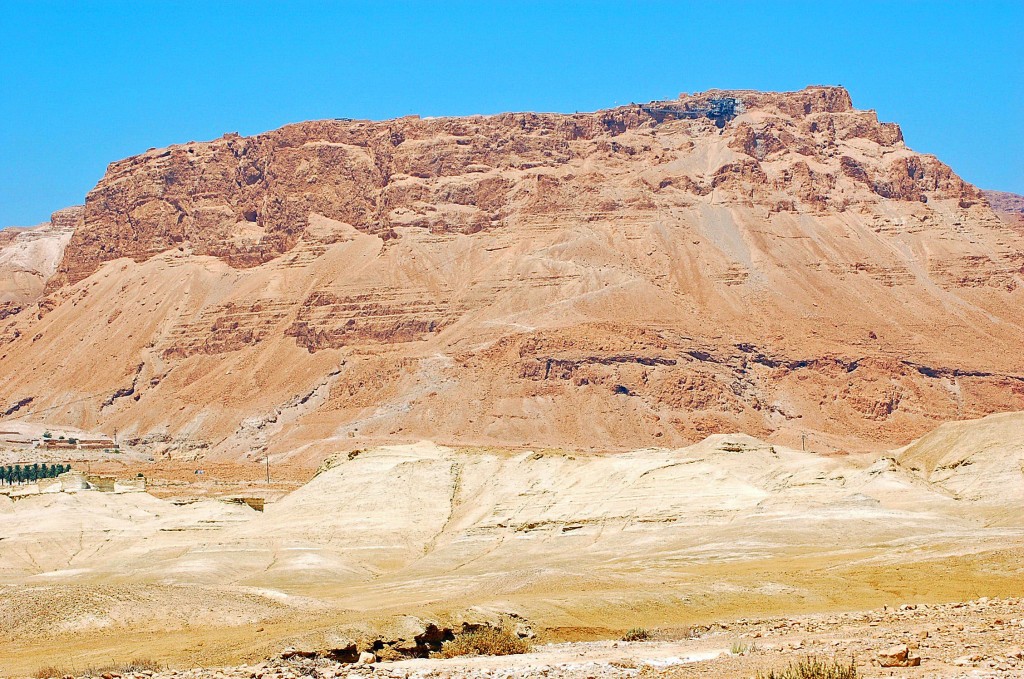 For Herod the Great, the king of Judea at the time of the birth of Jesus, Masada was a place to keep cool in the summer.   For the people of modern Israel, Masada is a constant reminder of the courage of their ancestors and a symbol of their own determination. 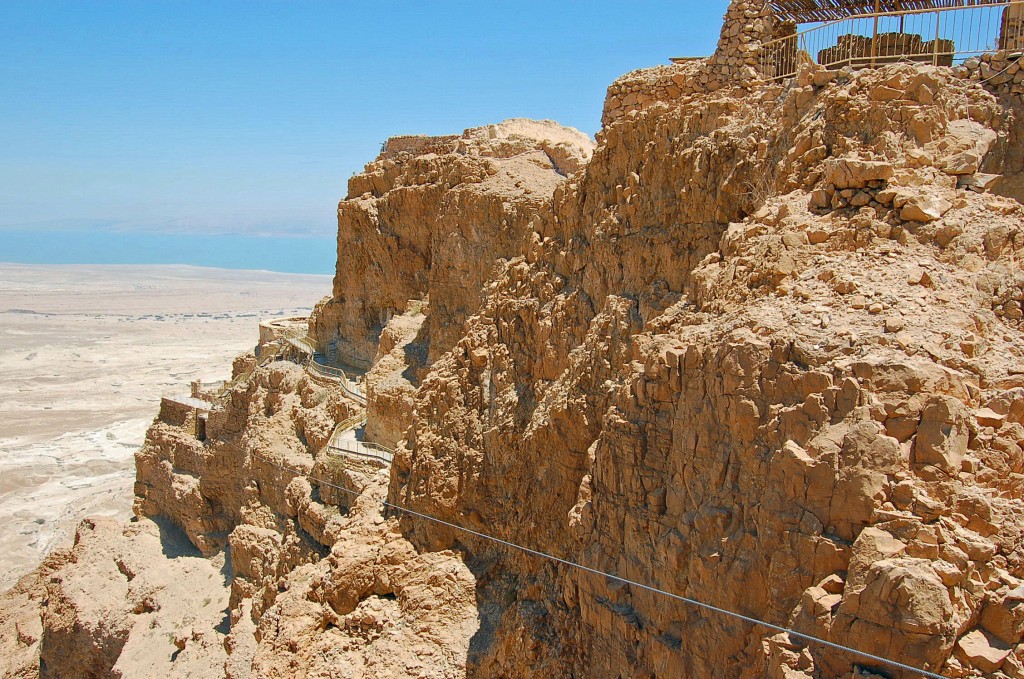 During his reign from about 36 to 4 B.C., Herod was one of the most prodigious builders of his era, trying to improve the image of his little kingdom in the eyes of his bosses in Rome. The accomplishments of Herod’s engineers were remarkable.  His artificial harbor at Caesarea Maritima required the development of concrete that could harden under water and builders who could hold their breaths while working.   His future tomb in the Herodium required workers literally to move a mountain.  And blocks of the still-standing temple mount in Jerusalem, some weighing 400 tons, were cut and polished with such precision that even a credit card could not be slipped between them. 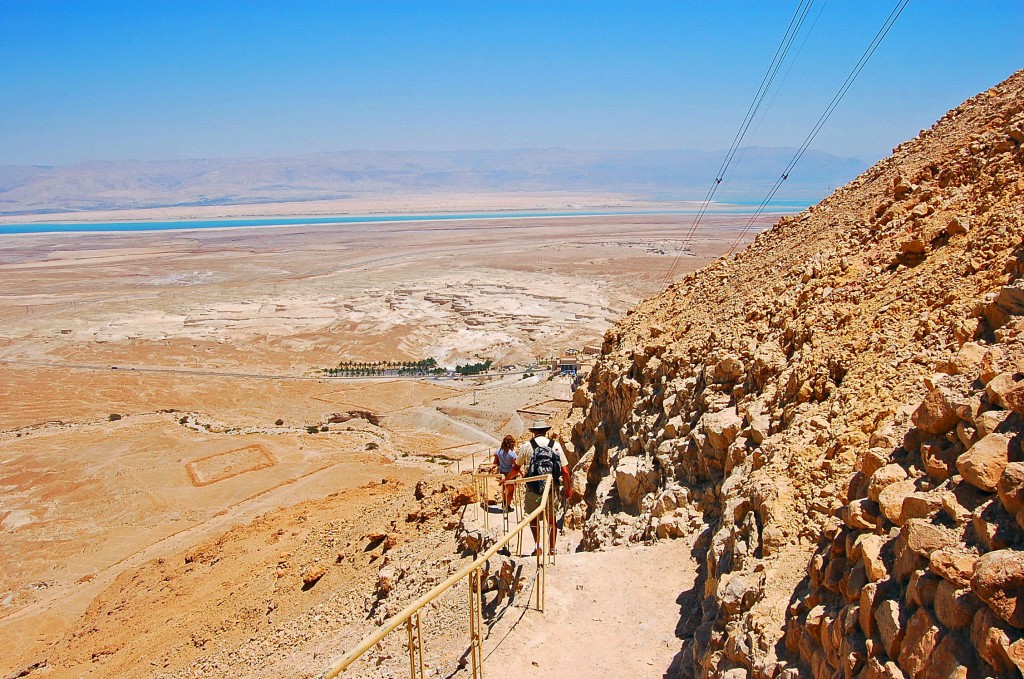 But none of Herod’s many building projects have had the lasting influence of Masada, rising 1300 feet above the Judean desert.  At the top of this rocky plateau, Herod built an elaborate city, complete with Roman baths, an underground reservoir holding a million gallons of water and a three tier summer palace overlooking the Dead Sea.  The only way up to the fortified complex was along a narrow “snake path.” 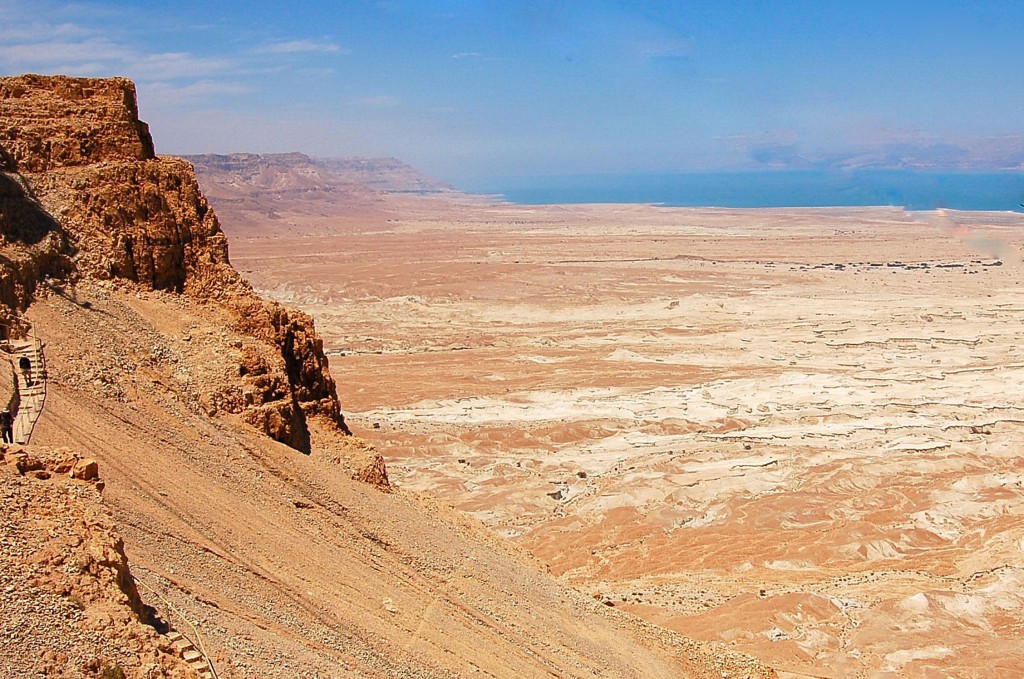 In 66 A.D., Jewish revolutionaries captured Masada from the Romans.  They and the families that joined them held out against a Roman siege for seven years until engineers built an earthen ramp to the top and soldiers broke down the walls.  Both the site of the Roman encampment and the remains of the ramp can still be seen from the snake path.  According to Josephus, the first-century Jewish historian, the entering Roman soldiers found all but seven of the 960 holdouts dead, killed by their own hands to avoid being taken alive.

Today, a metal plaque at Masada reads:  “What of us?  What is our Masada?  How much of all this will we take with us, and how much of our own will we add?”  Since the time of Moshe Dayan, new members of the Israeli military have walked up the snake path for a torch-lit swearing-in ceremony among the ruins, which ends with a pledge that “Masada shall not fall again.”   For everyone visiting Masada, the mountain top, now also reachable by cable car, is a powerful reminder of the indomitable Jewish spirit and the universal yearning of people to be free.