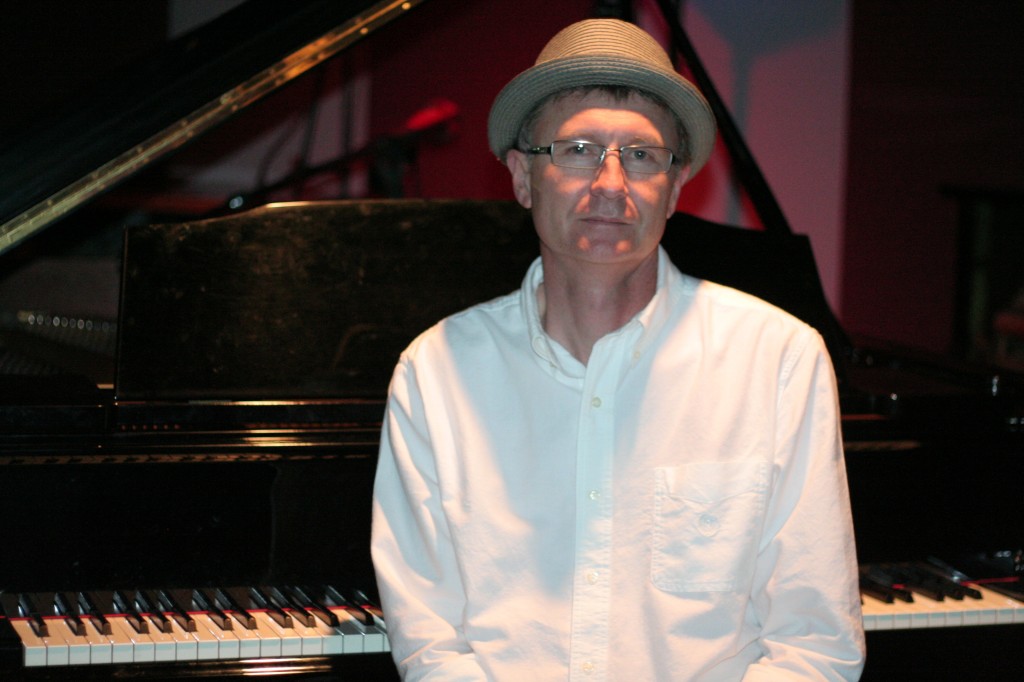 Five chords on a mandolin are about the extent of Alan Johnson’s instrumental talent.

And, he says, “even those I don’t play very well.”

In front of a sound board, though, Johnson’s talent is apparent. The Carmel resident and operator of Static Shack Studios has made a 25-year career of recording, mixing and producing music, with collaborators ranging from former Bad Company singer Paul Rodgers to John Fogerty, of Creedence Clearwater Revival fame. And, since 1990, Johnson has produced or recorded every jingle and musical number, and many of the skits, for the internationally broadcasted Bob & Tom Radio Show.

Johnson sat down with the Carmel Business Leader to talk about his time in the music industry and how he built his business from the ground up.

The building your studio sits in now was formerly the home of the now-defunct TRC Studios; appropriate enough since you got your start in the industry as an intern for TRC. Take us through that trip from intern to running the show.

Johnson: “When I went to school there was no such thing as an audio recording major. At the time, there were three schools in the whole country that had audio production programs. I went toBallStateand took classes at Full Sail in the summer, but then I got offered an internship. So I left and moved toIndianapolisand lived with my girlfriend and her mom to take the gig with TRC Studios.

“You just start working. You take sessions that nobody else wants to do. You get some clients and hopefully it becomes a career. In the 80s, it was jingles. It was jingles during the day and bands at night.”

Jingles aren’t what they were, but you still do some for Bob & Tom and other projects. How do you look at them versus, say, having a session with a band in the studio?

Johnson: “It’s just different. When you’re young, the jingle thing – while it could be a pain in the butt – was incredible training.Indianapolishad a very healthy jingle scene at that time … one of the healthiest in the country. Musicians would run from one studio to another. You’d have a percussion section at 9 a.m. and horns at 10:30 a.m., and you’d have to do it with three guys in suits staring over your shoulder the whole time.” 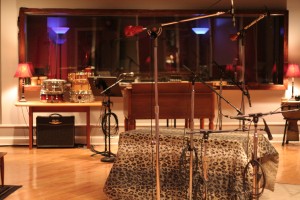 You’ve worked with some pretty recognizable names – not the least of them being John Fogerty. That had to be an experience.

Johnson: “It was a blast. To be able to hang with one of the founding members of the rock ‘n roll hall of fame was astounding.”

And then there’s Bob & Tom, who you’ve been collaborating with for more than two decades.

Johnson: “It’s the best, because they want perfection. For me, that’s the No. 1 thing I want: somebody with an opinion. It’s always fun and loose and the team is great. They’re a blast to work with.”

What are they like “behind the scenes,” so to speak?

Johnson: “They’ve got two different styles of working. They go to great lengths to hide what they’re doing from each other, because they want that initial laugh to be on the air.”

After 25 years in the business, what lessons have you gleaned?

Johnson: “It’s really about getting people what they want. People come in, and they pay me and they want my opinion, but I typically ask more questions than I do give answers.

“You know how it is with any artistic endeavor. One day you think you’ve got it down, and they next you’re convinced you know nothing. You just put in your 10,000 hours and hopefully one day you figure out what you’re doing. Hopefully one day I will.”