You are at:Home»Current in Fishers»Fishers YMCA bounces back after recession, still part of community after 10 years 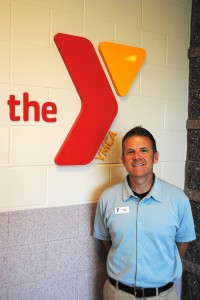 After a decade that saw some of the most tumultuous economic times in the history of the United States, the Fishers YMCA expanded and continues to offer several services to the local community.

David Clark, Fishers resident and director of member involvement at the Fishers YMCA, said when the economy saw its biggest dip, from 2008-2009, the organization that seeks to promote community involvement and healthy choice saw a dip in membership.

“We’re always looking for ways to improve what we do,” Clark said.

He said the organization bounced back and now sits at 24,000 members, reaching 7,200 to 8,000 households in the area. The Fishers Y typically stabilizes at about 20,000 to 22,000 members after the summer fades away and the outdoor pool is of no use.

A branch of the Greater Indianapolis YMCA, the Fishers Y does not turn away anyone who wants to use the facilities that may not be able to afford it. Instead, there is a sliding scale of membership levels supplemented by the organization’s Y For All campaign, according to Clark.

The campaign financed a total of $727,250 for people that use the Fishers Y but couldn’t come up with the dough required. Those expenses were rolled into operating costs, and this year’s campaign goal is $255,000.

Clark said the community has changed over the years – now a large group of adults that move to Fishers to retire or be closer to family use the facilities, which are predominantly used by families and their kids.

Clark’s favorite part of working at the Fishers YMCA?

“I think for me – just being in a place where there’s a lot of laughter,” Clark said. “Kids are happy, and parents are happy.”

“You can see the impact you make in people’s lives.”