You are at:Home»Current in Fishers»Expanding an appetite 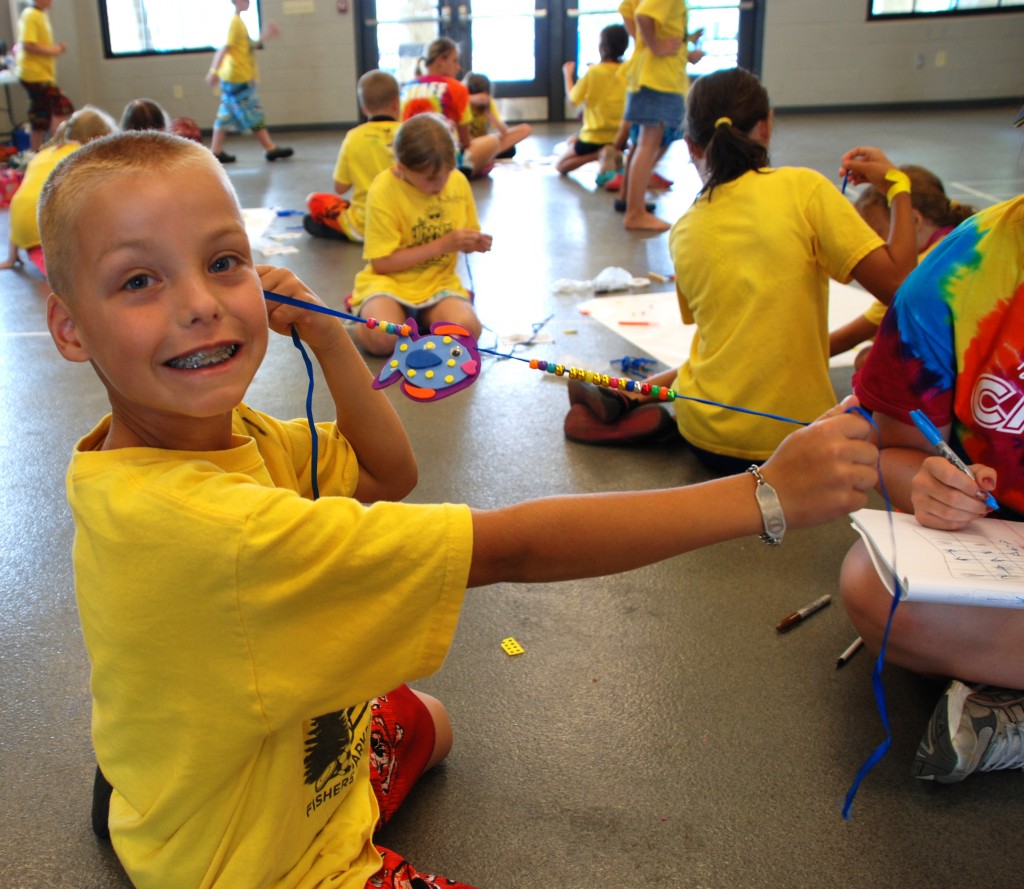 Devin Hussey, 8, got to run and play with kids his own age for one of the first times in his very young life at Fishers Parks and Recreation’s H2O Adventure Camp at Billericay Park during the last week of June.

Devin has a disorder called Eosinophilic Esophagitis, which greatly limits his ability to have social interactions in all facets of his life.

Eosinophilic Esophagitis is a concentration of eosinophils – a type of white blood cell that combats infectious parasites – in the esophagus, resulting in inflammation, nausea, malnutrition, itchy skin and a handful of other disruptive symptoms, according to the American Partnership for Eosinophilic Disorders.

The disorder is exacerbated by allergic reactions to foods and other conditions. Because of this, Hussey’s diet was stripped down to a scant 19 different foods, in the hope that his symptoms would slowly fade away.

Having a diet of 19 foods may not sound like a social issue to some, but to Devin and the Hussey family, everything revolves around food. 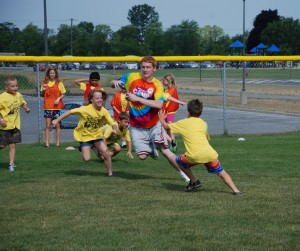 Hussey can’t go to the school cafeteria and eat like everyone else. He can’t eat birthday cake. And he most definitely cannot go out to restaurants with family.

Everywhere Devin turns, there’s something he can’t have. A slight deviation from his diet could cause a major allergic reaction. These restrictions limit how much Devin can really go out into the community to enjoy typical kid stuff.

So when Parks and Recreation agreed to take responsibility for his health and give him almost one-on-one attention, Kristin Hussey, Devin’s mother, was overwhelmed.

Hussey said the camp was perfect for Devin because swimming is about the only physical activity that alleviates his nausea and eliminates the itchiness associated with Eosinophilic Esophagitis.

Amanda Jackson, recreation program director at Parks and Recreation, said the department was glad Devin had the chance to go to the camp.

“Being able to provide that opportunity for him to even come to summer camp was just a blessing,” she said.

“We’re just really thankful to be able to extend that opportunity to not only Devin, but all the kids.”

*Information provided by the American Partnership for Eosinophilic Disorders

Parks and Recreation made accommodations by having an EpiPen on hand at all times, microwaving Devin’s meals, using special wipes to eliminate food proteins from tables and camp goers’ hands during meal times, replacing things like candy with extra toys and making sure he got the same social interaction that all the other kids got to enjoy.

Jackson said the staff wanted to educate themselves on the disorder and see if it would be possible for Parks and Recreation to rise to the occasion, considering requirements for maintaining a 1:9 adult staff member to camper ratio.

Kristin spends time trying to increase awareness about the disorder as a Protect Allergic Children consultant through an organization called the Eat, Live, & Learn Foundation.

Devin continues to try new food to expand his 19 dining options. After being so limited with different foods, one of his favorite places to go is Starbucks, where he can drink a tall hot cider.

Because he has eosoinphilic esophagitis, Devin’s diet was reduced to a small list of foods in hopes his symptoms would subside and allergic reactions. The foods he can have:

His check-ups are at Cincinnati Children’s Hospital.

But back here in Fishers, he just finished his first-ever day camp, where he got to play in water. Which is important.

When he grows up, he wants to be a marine biologist.

“To be able to put a smile on his face is the ultimate reward in our profession,” Jackson said.