You are at:Home»Current in Carmel»Carmel Cover Stories»End of an era

After 18 years, Mickey’s Irish Pub is closing its doors 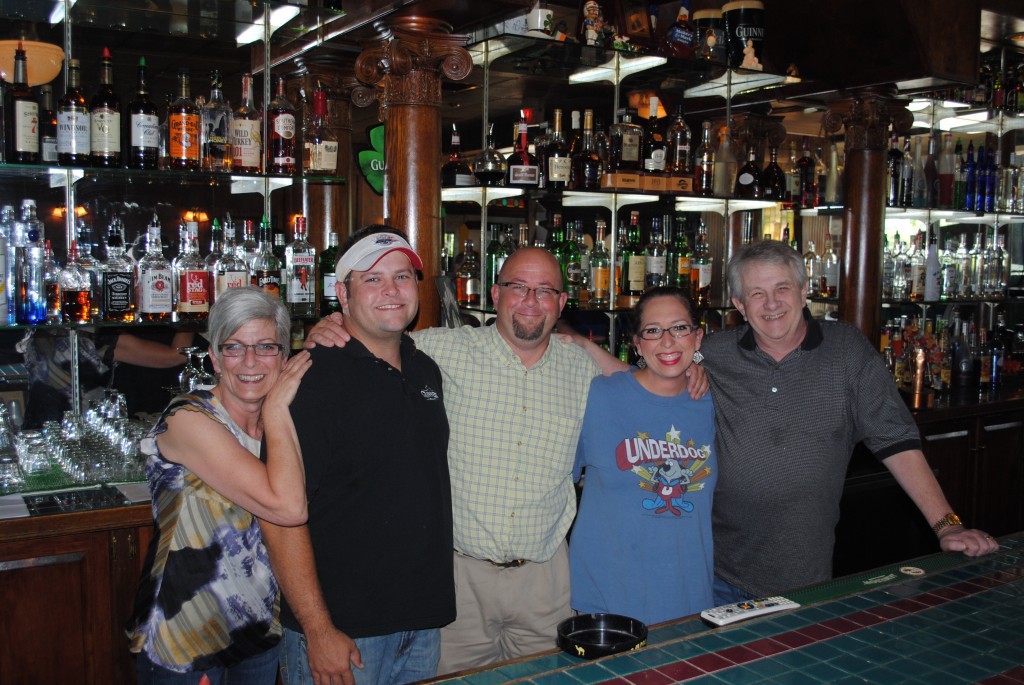 Referred to by many in the community as the “Cheers” of Carmel, Mickey’s had become known as a bar that combined the excitement of live music with a comfortable environment of friendly staff and familiar patrons. 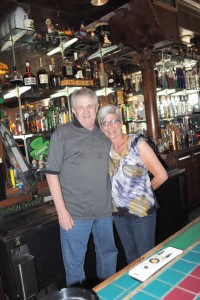 During the final weekend of June, Mickey’s was host to its own bittersweet farewell as Bill and Mickey announced that they had sold the business and would be closing Mickey’s on July 8, after 18 years of operation.

Nearly two decades ago, Bill and Mickey were in a partnership at the Cozy Restaurant & Lounge in downtown Indianapolis.

“We really wanted to do something on our own, closer to home,” said Bill.

Soon thereafter, the two opened Mickey’s Irish Pub in a strip along Meridian Street in Carmel.

“Our patrons in the community embraced us from the very beginning. We have always been supported by the police, fire departments and the city,” said Mickey.

The staff has always been a vital component at Mickey’s. Longtime staffers like Amy Frolick, Eric Carlstedt and Nick Ohmer have all worked for Bill and Mickey for over 15 years.

“We couldn’t have done it without our employees,” said Bill. “At this point, there are over 92 years of bar experience across the five of us. Our servers take a lot of pride in remembering not only people’s names but also their drinks.”

“They are like family. They take care of us,” said Mickey. “They really do.”

The entire staff, with the exception of two part-time employees who plan to retire alongside Bill and Mickey, will continue working under the new owner when it re-opens as ThreeD’s Pub and Café in late July.

“Several of our employees came with the lease when we got here 18 years ago and now they are continuing on with that lease again,” said Mickey.

According to Bill, music had been at the heart of Mickey’s since the very beginning and is something that he’s always held in high personal importance. As a former mobile DJ, Bill worked private parties and events with a number of great bands including the Wright Brothers Band, Sequel, Five Easy Pieces and more. Taking advantage of his background, Bill was able to make Mickey’s Irish Pub one of Carmel’s best live music venues. 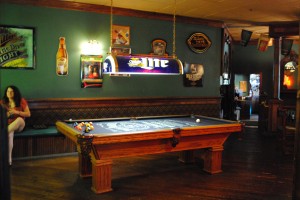 A coffee bar will provide different shots in this space.

“Music has appeared every Friday and Saturday night on our stage for 18 years except for two nights, one due to a last minute band cancellation and the other due to snow storm. Over 250 different live bands have performed on our stage,” said Bill.

Bill felt the local entertainment scene seemed to ignore the thirty-plus crowd and aimed to create experiences at Mickey’s that this age group would enjoy more than the college and twenty-something fueled scenes of Broad Ripple and downtown Indianapolis.

“I wanted to hire the bands that were more sophisticated and a bit older than those you’d find in Broad Ripple,” said Bill. “We honestly feel that we were Carmel’s first nightclub.”

When asked why they have decided to close their doors, Bill and Mickey’s answer was simple. 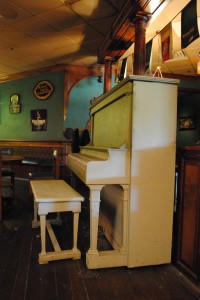 “We’re getting old and tired and would like to go out with a smile,” said Bill, smiling to match his words. “Since 1995, we’ve been through the Electric Slide, the Macarena and the Cuban Shuffle and at 60, even the music now is beginning to seem kind of loud to me.”

“I work another job that I truly love and doing both that and Mickey’s is very tiring,” said Mickey who has been an obstetric technician at Community Hospital North for over 4 years.

Throughout Mickey’s final weekend of live music which Bill dubbed their “farewell weekend,” a number of customers, regulars or otherwise, came into Mickey’s to pay their respects to this local institution. One such person, according to Bill, was a woman who had celebrated her 22nd birthday at Mickey’s and had such a great time that she just had to come back this year to celebrate her 40th.

“I truly don’t think you could meet nicer people than our customers,” said Bill. “This last farewell weekend is something that Mick and I will always remember.”

Though Mickey’s Irish Pub closed its doors Sunday night, the space will not go unused for long. ThreeD’s Pub and Café will open on July 20 and will feature a similar live music and bar atmosphere in the evenings while acting as a family-friendly dining experience during the day including a full coffee bar and breakfast service.