You are at:Home»Current in Fishers»Collaboration, involvement keys to success for HSE district teacher of the year 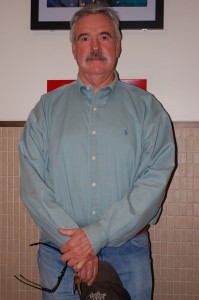 Tom Younts still teaches out of the same classroom he started in at Hamilton Southeastern High School in 1977.

Younts, an agriculture teacher at both HSE and Fishers High School, was recently honored as district teacher of the year.

After 35 years of teaching, Younts said he doesn’t feel any different than when he started – even though his career began when HSE graduated a fraction of the students it does today.

“It went by really fast,” he said.

The teacher, farmer and agriculture judge, who travels from fair to fair multiple times per year, said there’re a handful of factors in being a successful teacher.

Go through student teaching and find out whether you really like it. Get your feet wet. Get to know your students. Collaborate with other teachers.

“I think one of the things the young teacher needs to do is keep their mind kind of like a parachute – keep it open,” Younts said.

Walking through the halls of HSE, which have changed exponentially since his first day of work, Younts beams over his students’ accomplishments.

A banner hangs in a case, flanked by numerous pictures of him and his students holding awards at judging competitions (Younts has been judging agriculture contests for quite some time), and a big trophy gleams in the light.

Outside of the classroom, Younts still tends livestock and judges competitions at county and state fairs. His family’s farm wasn’t ever big enough to support both his parents and him, so after securing an animal science degree from Purdue University, he earned a teaching degree in one year at the suggestion of a friend. His two sons attend Eastern Hancock High School, his alma mater, where he is also a school board member.

He said he’s going to stay in the teaching game until his sons are done with college. Until then, he’ll continue to teach agriculture to students who know their way around a combine and to many more who might not even know what one looks like – adapting the curriculum and sharing his knowledge along the way.