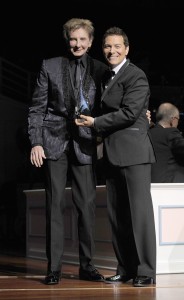 The Great American Songbook Hall of Fame celebrated its first four inductees last week at the Center for the Performing Arts’ 2011-12 Encore Celebration Gala, held at the Palladium.

The gala was attended by several national performing artists, including Clay Aiken, Lari White and Andrea McArdie, who was the original Annie in the Broadway musical of the same name.

The evening also saw a performance by Barry Manilow who, along with composers Cole Porter and Alan and Marilyn Bergman, was inducted into the first class of the Great American Song Book Hall of Fame.

“It is the endurance of the song which makes it classic,” said Michael Feinstein, artistic director for the Center and founder of the Michael Feinstein Great American Songbook Initiative, which seeks to preserve the works of the Great American Songbook – works identified as the best American songs of the 20th century, many of which come from Broadway and Hollywood musicals. “(Our inductees) have all made both music and history.”

The gala additionally served as the culmination of the 2012GreatAmericanSongbookHighSchoolVocalAcademyand Competition, the winner of which was 15-year-old Nick Ziobro, of Manlius,New York. Ziobro received $3,000 and will be performing with Michael Feinstein at his club, Feinstein’s at the Loew’s Regency. He will also serve as the youth ambassador for the Great American Songbook. 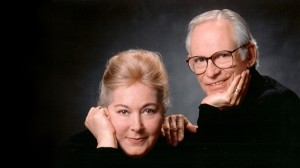 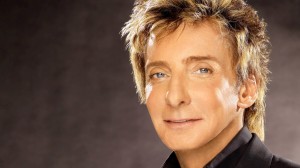 What’s next for the Songbook

This year, the Songbook vocal academy competition drew in competitors from 11 states. By 2015, organizers hope to reach all 50, according to Karen Kelsey, interim director of the Michael Feinstein Great American Songbook Initiative.

“We’re going to step back after the success of this year and regroup and look where it makes sense to expand,” Kelsey said.

The initiative will also continue archiving and adding to its collection. According to archivist Lisa Lobdell, the initiative’s collection includes more than 300 books, 5,000 recordings and 37,000 pieces of sheet music. It resides in two rooms on the top floor of the Palladium, totaling roughly 1,400 cubic feet, according to Lobdell. And, Lobdell said, the archives are available for viewing to anyone doing research on the Songbook.

“Michael has been in this business for a long time, and so people will contact him (about donations),” Kelsey said. “We have not started actively pursuing individuals yet, but we are working toward that.”

Among the most recent donations is a piano which belonged to songwriter Johnny Mercer, coming on loan to the Palladium within the next few weeks.

“It’s an ongoing initiative,” Kelsey said. “As people hear about us and want to donate, we accept them.”