You are at:Home»Current in Westfield»Bike It! 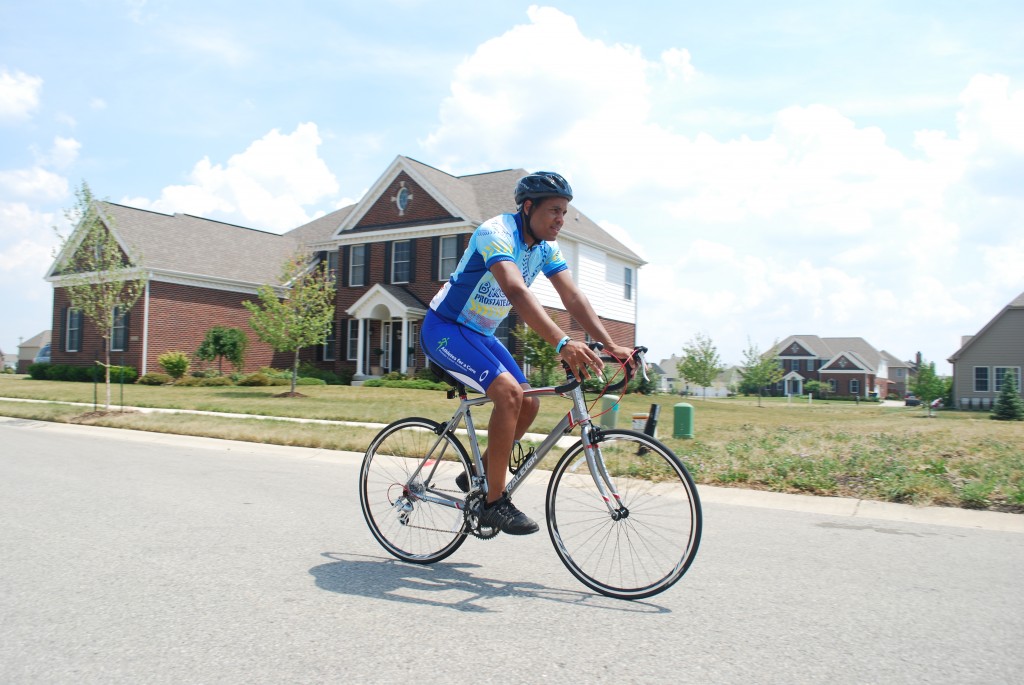 Westfield resident Shaune Shelby’s love of cycling began when he received his first 10-speed Schwinn bike as a child. Now, with two wheels and miles of asphalt, Shelby pays tribute to his father, Lawrence H. “Larry” Shelby, by creating and organizing the annual Bike It ride – the only event of this type that solely benefits the Prostate Cancer Foundation.

Lawrence had elevated PSA levels for years and was diagnosed with prostate cancer in 2008.

“After eight biopsies the cancer was detected,” Shelby explained. “He opted for total prostate removal, and he had some complication but was still battling to beat the cancer and resumed enjoying his retirement after 42 years of working at GMC Truck and Bus Division in Indianapolis.”

Shelby lived in Florida at the time but returned to Indiana to take care of his father for three months as he recovered from surgery. Prior to the surgery, he asked the doctor about prostate cancer to learn as much as possible and was told startling news.

“He told me it’s not a matter of if, but when,” he said. “It was a sobering discussion.”

For Shelby, that meant getting a baseline PSA sooner rather than later so he could be proactive. He said most men in their 30s and 40s “don’t ask the tough questions when at the doctor’s office.”

“It’s not just about prostate cancer but men’s health in general,” he said. “A large majority of men don’t know their family history . . . Make sure you are conscious of their health.”

In 2008, Lawrence died two weeks before Christmas – and an important announcement.

“I was saving more exciting news about my wife and I expecting twin boys and I never got to tell him,” he said. “I knew him as a giver, always there to lend a helping hand. He loved people and had a large group of friends. He didn’t like to let anyone suffer. He was very energetic and loved to talk. He was proactive about his health, ate healthy and loved to cook – a strong man who took pride in his life and being fit.” 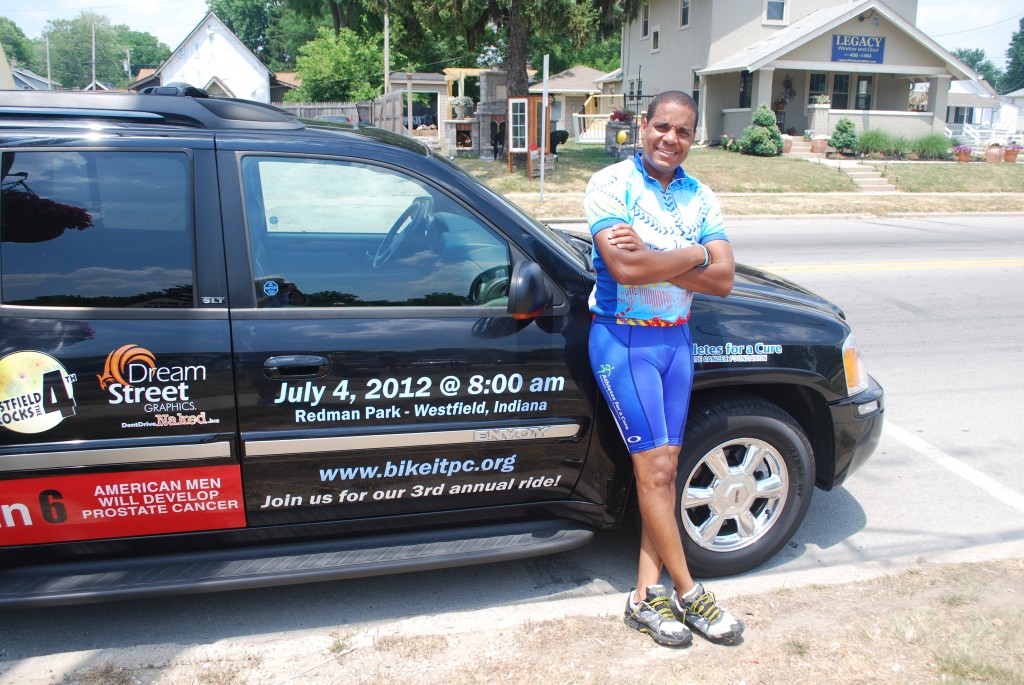 Shelby wanted to share that message with his boys and set out to remember his father by making a difference.

“I hate to run and everybody does a walk of some sort, so I came up with a bicycle ride for prostate cancer,” he said.

Shelby first considered Indianapolis as the site for the ride. But after meeting with officials and even the American Cancer Society, he was left feeling like it wouldn’t work – especially when he was told funds could not be directly allocated to only prostate cancer research.

Hearing news of the Grand Junction project, Shelby asked the Westfield Mayor’s Office if he could do something in town. They told him there might be a way the two could work together, and he contacted Melody Jones in the parks department who said the city would love to have him join them.

“It was the first positive news I’ve gotten,” he recalled. “Melody told me of the Fourth of July event, but I had to have it come together in two months.”

Shelby worked with the Prostate Cancer Foundation to get started and local bike shops to get riders. The next step for Shelby was finding event sponsors, which included local stores like Kroger at 161st Street, Dick’s Sporting Goods and Speedway.

“Local businesses came on board and were very supportive,” he said. “They wanted to make a difference with prostate cancer and make noise.”

In its first year, Bike It had 100 participants in the 5-mile family ride and 20-mile ride. It also provided Shelby with an important experience and knowledge.

“People love coming to Westfield and love to ride. Westfield was proving to be a bicycle community,” he said. “We want to make this about families, make everybody a part of it.”

Year after year, Shelby hears the same stories like his father’s – those that dealt with the cancer in silence. He even met one man who showed him the same scar from the same surgery his father had, completed by the same doctor.

“There’s nothing sexy about prostate cancer. Breast cancer and testicular cancer, people get excited about,” said Shelby. “Somebody has to be vocal for us.”

Interested in participating in Bike It? The event has three categories – a 5-mile family ride, a 20-mile trip and a 50-mile ride for cycling enthusiasts. Bike It is a unique and exciting ride and is not a race. Cyclists will be allowed to move at their own pace with volunteers and police supporting them along the ride. To sign up, visit www.bikeitpc.org, call 605-4467 or e-mail Bikeit01pc@gmail.com.

Last year’s Bike It doubled to 200 participants, and Shelby said this year’s attendance will be more than 300 riders.

“The desire is there, people need to know how to join the ride,” he said, adding that riders come from as far away as Terre Haute, Richmond, Fort Wayne and Bloomington. “It’s not all about the money. It’s about the people and raising awareness.”

Shelby said the other problem he’s encountered is people who want to ride but don’t have a bike. To help prevent that from happening this year, the event is offering regular and tandem bicycle rentals. Shelby asks those interested in renting to inform organizers prior to the ride.

One in six men is affected by prostate cancer. It is the second highest cancer among men.

The third annual event will also expand to provide bicycling enthusiasts with a tougher challenge. In addition to the family ride and 20-mile trip, this year’s Bike It includes a 50-mile trip. Shelby said all three will leave Redman Park in Downtown Westfield the morning of July 4. The groups will then separate at Union Street in different directions, but all will end the race back in downtown – right in time to enjoy Westfield Rocks the Fourth activities.

“Bike It will never leave the streets of Westfield. It will always start and end here in Westfield,” Shelby proclaimed.

Shelby is the main organizer of the event, but is assisted by his sister-in-law and his cousin’s fiance.

“We steal time here, steal time there. It has to get done,” he said. “We’re always looking for support. We’re trying to create a foundation here.”