You are at:Home»Current in Carmel»Carmel Community»High school vocalists compete at songbook academy 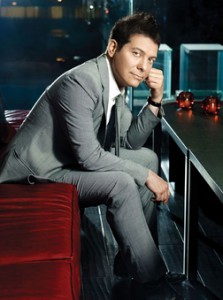 High school vocalists from 11 states will arrive in Indianapolis today for the Great American Songbook Vocal Academy and Competition. The four-day academy and competition is sponsored by the Michael Feinstein Great American Songbook Initiative. The annual endeavor is the only U.S. competition dedicated solely to the music from Broadway, Hollywood musicals and the Tin Pan Alley era of the early to mid-20th century.

“Through this competition, we are reaching a new generation to teach this music and the American history that inspired and influenced these composers,” said Michael Feinstein, the Initiative’s founder and noted American Songbook ambassador.

The finalists will participate in a comprehensive “boot camp” on interpreting and performing American standards. The sessions will be held at the University of Indianapolis. Master classes will be open to the general public. The classes are intended to prepare finalists for the final competition performance at the Palladium at the Center for the Performing Arts. Led by local and national celebrity performers and professionals, workshops will cover topics ranging from breathing and microphone techniques to one-on-one coaching and master classes.

The final performance is at 7 p.m. on Friday and is open to the public. Tickets for the final performance are $10/student, $25/general admission, $50/preferred seating (includes a $25 donation). Call the box office at 843-3800 or visit TheCenterPresents.org for tickets.