You are at:Home»Community»DWNA announces goals, events for 2012 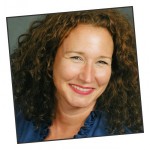 Downtown Westfield Neighborhood Association is looking to expand and better the downtown area and City of Westfield in 2012.

“The farmers market moved last summer and we doubled the vendors and attendees,” explained Poynter. “We’re hoping after the inaugural year it’ll become more significant for the community as it becomes better received.”

Poynter said this year’s Grand Junction Derby will include the races, fall festival and nighttime concert. The goal of these events is to increase the number of people in downtown Westfield and make it more of a gathering place and memory maker.

Within the DWNA organization, Poynter said the group is focusing on its office, board, outreach, administrative, and fundraising and grant writing. At the DWA office, Poynter said the group is working on landscaping and creating a visitors bureau environment that can be used as a community center for committee meetings. The DWNA board is reorganizing its existing structure, developing a strategic plan and working on new member recruitment.

“We’re putting together a cohesive plan to rebuild momentum in downtown,” she said.

Poynter said the beautification goal for 2012 is to develop a “Westfield Arts” committee compiled of a cross section of key members of the community.

“The objective for this group is to begin pooling our resources together to inspire a community that recognizes, celebrates and promotes the arts in all forms,” she said.

During the first quarter of 2012, Poynter said DWNA has established a relationship with the Hamilton County Artists’ Association, which created the opportunity for them to hold an event in downtown at Jan’s Village Pizza on April 28.

Poynter said the organization’s other goals for 2012 include:

– Continue to create a viable and sustainable organization to promote and build up downtown.

– Develop and implement a 1-3 year strategic plan for downtown Westfield.