You are at:Home»Current in Fishers»Mock crash at HSEHS shows real dangers of drinking, driving 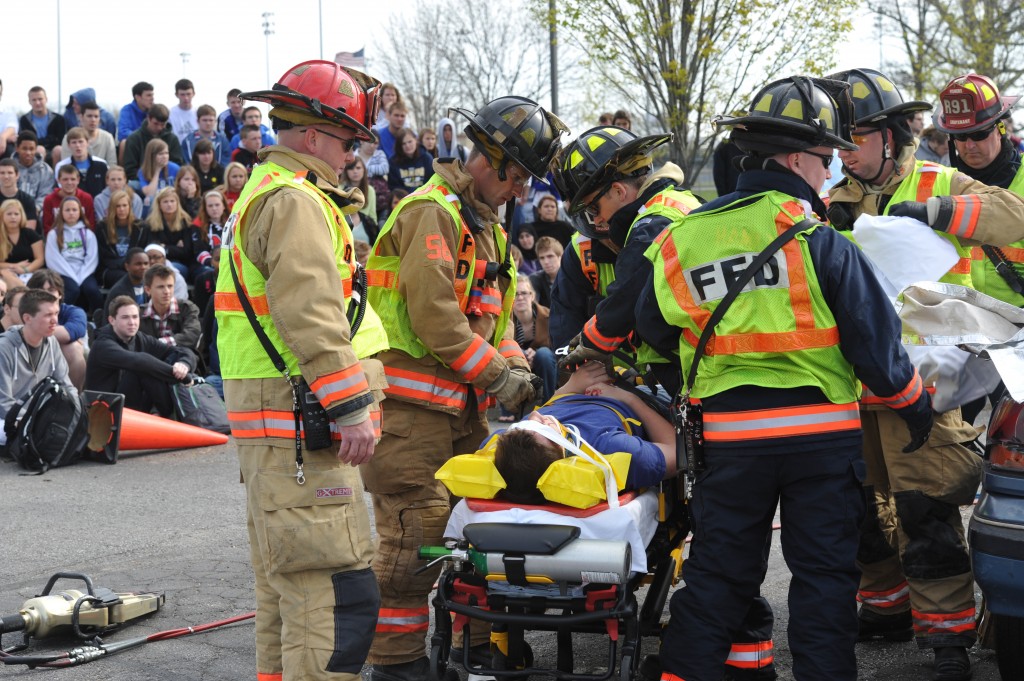 Trevor Peters played the part of a victim in the crash

Emergency personnel from the Fishers Fire and Police departments held a mock crash April 13 at Hamilton Southeastern High School to remind students of the dangers of drinking and driving.

The demonstration, which featured an appearance by a LifeLine helicopter crew, was a joint effort between the town’s emergency service providers and drama students from the high school. 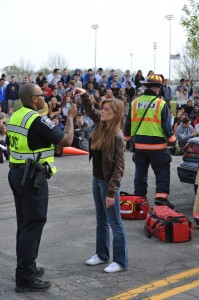 HSEHS junior Trevor Peters played the part of a victim in the crash, while sophomore Ashley Straut performed the role of the intoxicated driver.