You are at:Home»Current in Fishers»Hitting the Pavement

Construction is underway to build the state’s first median U-turn at the intersection of 96th Street and Allisonville Road. 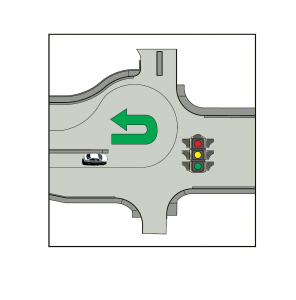 How a median U-turn works: Whether you’re calling it a Michigan Left, a median U-turn or a Fishers U-Turn, the intersection improvement now under construction at 96th Street and Allisonville Road will be something most Hoosier drivers haven’t come across before. Unlike a traditional signalized intersection, drivers going through a median U-turn will not be able to make a left turn at the intersection, but instead, must turn right, then make a U-turn at a median crossover. Median U-Turns have been a popular intersection choice in Michigan since the ʼ60s, thus the “Michigan Left” nickname. According to theMichigan Dept. of Transportation, during the years, median U-turns have shown reductions in delays for left-turning vehicles and through traffic, and can provide anywhere from 20-50 percent greater vehicle capacity than direct left turns.

Councilman: This is not about cars and traffic; it’s about people and improving the quality of people’s lives.

The Town of Fishers Tuesday announced its Drive Fishers initiative: A plan to invest $20 million in improvements to street intersections and high-traffic areas. 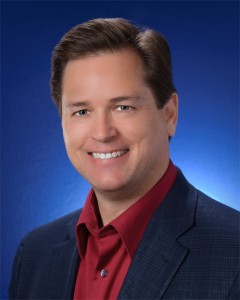 The plan includes a previously announced $2 million project to install real-time traffic signals at more than 30 intersections in town, the widening of 126th Street from a two- to four-lane divided highway, construction of an intersection at Ind. 37 and 135th Street and improvements to Geist along Fall Creek Road and at its intersection with Brooks School Road.

The largest part of the plan – construction of a median U-turn at the intersection of 96th Street and Allisonville Road, estimated to cost $8.6 million – kicked off April 1. Traffic will still be able to use the intersection during construction, slated to continue through November, though motorists should expect lane closures and delays, said Fishers Town Council Member Stuart Easley.

“It will be a full-press assault,” Easley said. “From citizens’ view, they’re going to see construction in that hole from now until November. But the objective on 96th (Street) and Allisonville (Road) is to keep it under traffic. We’re not shutting down the intersection and trying to push people to a totally different route.”

An estimated $7.7 million of the total $8.6 million for the project is to be funded by tax increment funding bonds from the River Place development, located at the northwest corner of the intersection.

“That’s kind of our mantra: Growth funding itself,” Easley said.

Information about all of the projects encompassed in Drive Fishers, along with an interactive simulation of how the completed median U-turn will function, can be found online through the Drive Fishers portal of the town’s Web site: www.fishers.in.us. The site includes a link to a Flickr account, which will be updated with photos as construction proceeds.

“It’s always been the philosophy of the Fishers Town Council to improve the quality of life of its citizens in an efficient, cost-effective way,” Easley said. “Transportation and ingress and egress to the town during peak rush hour times is an integral part to the citizens’ quality of life. My mantra is: This is not about cars and traffic; it’s about people and improving the quality of people’s lives. People have to move around, but we want to minimize the pain and give them more time to do the things they want to do.”