You are at:Home»Current in Fishers»FHS claims two ’11-’12 Lilly Scholars 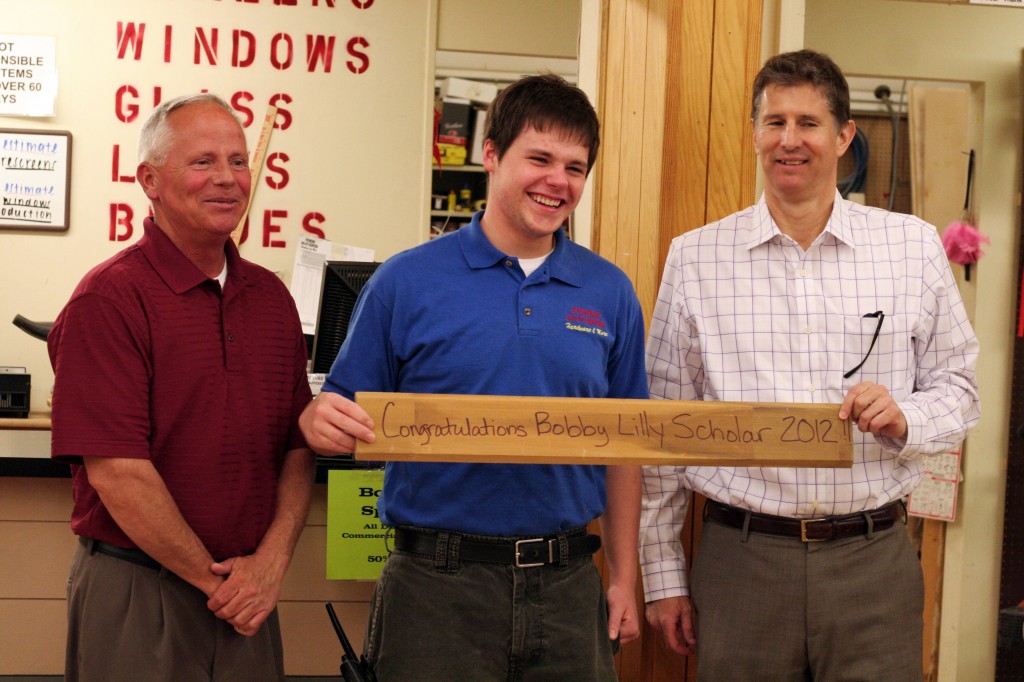 The award, a four-year, full-tuition scholarship to any accredited public or private college or university in Indiana, is offered to two students a year from each county in Indiana. According to Jim Roederer, a member of the Legacy Fund Selection Committee which oversees the awards in Hamilton County, this year marks the first time in Hamilton County that both Lilly Scholars have come from the same high school.

“Both he and Kayla were two engaging, personable and humble individuals,” Roederer said.

Herron, who plans to attend Taylor University for business finance, was surprised at the Fishers Do-It Center, where he works, with an award presentation while his family looked on. He is the second Fishers Do-It Center employee in as many years to receive a Lilly Scholarship – Chelsea Russell was selected as the 2010-2011 winner. She attends Purdue University.

“I just can’t express how thankful I am, and what a great opportunity this is going to be,” Herron said.

Lind Miller, floor manager at the Do-It Center, described Herron as one of the most “dedicated, heartfelt persons I’ve ever met.”

“We’re pretty proud of both of them,” Miller said.

Snyder plans to attend Indiana University for recreational therapy. Through the whole process, she said she tried not to think about winning.

“I was obviously hoping I would win, but I always told myself I wasn’t going to because there were so many great candidates,” Snyder said. “I knew Bobby because we’d been on mission trips together.

“I’m not normally a super emotional person, but when I found out (I’d won), I started crying,” she said. “It was amazing, and my mom was there. My mom has been so incredibly supportive of everything I do. I was just so happy she could be there.”

Herron is the son of Robert and Michelle Herron. Snyder is the daughter of Tammy Snyder.