You are at:Home»Current in Zionsville»Auditions to be held for ‘You’re a Good Man, Charlie Brown’ 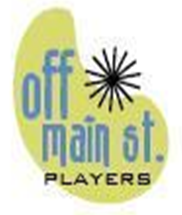 Off-Main Street Players is holding open auditions for “You’re A Good Man, Charlie Brown” Sunday and Monday from 7 to 9 p.m. in the Community Room at the Zionsville Town Hall. Based on the comic strip “Peanuts” by Charles M. Schultz, the play features music and lyrics by Clark Gesner.

“You’re a Good Man, Charlie Brown” will be directed by Leanne Piper, with musical direction by Douglas Krantz. This production will be presented in the Community Room at the Zionsville Town Hall June 15-16 and June 22-23 with a matinee performance June 17. For more information visit www.offmainstreetplayers.org or contact Lynne Manning at 769-3540.