You are at:Home»Current in Fishers»HSE High School raises $15k for Riley 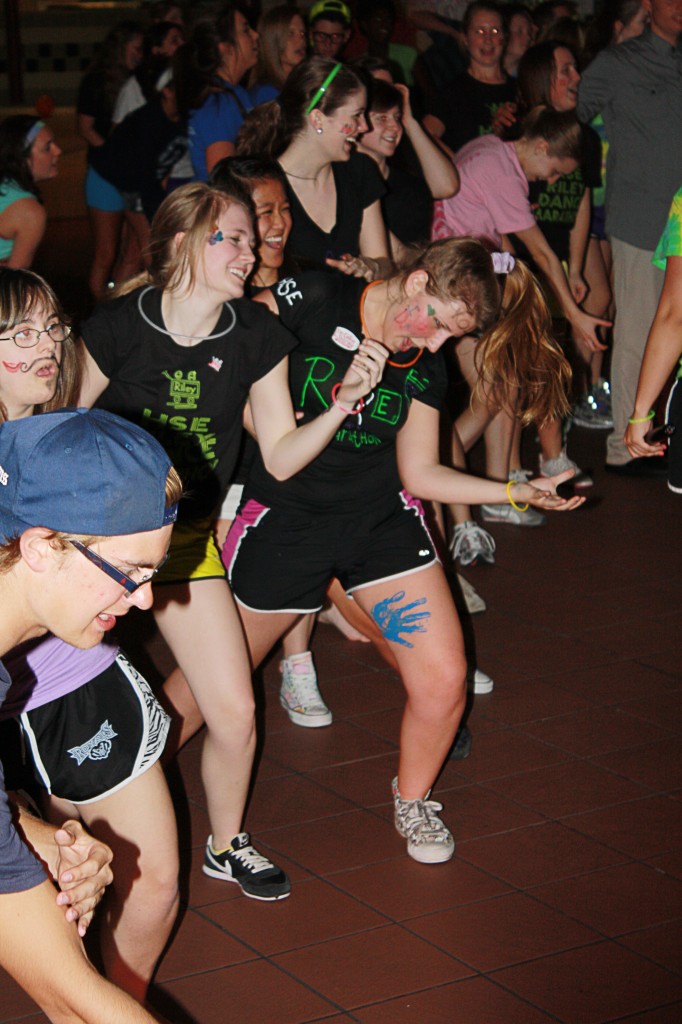 On March 25, students at Hamilton Southeastern High School hosted the fourth annual Matthew Springer Memorial Dance Marathon to raise money for Riley Hospital for Children. For four hours, just less than 100 students and teachers danced in the high school cafeteria in honor of the Riley patients.

“We prepared all year long for this four-hour event. It was a lot of work, but in the end, the reward was more than I could have ever imagined. I plan on doing it in college,” said Kelsey Froehlich, co-president of HSE’s Riley Dance Marathon.

The celebration began with Indiana University Dance Marathon members leading the attendees in a synchronized line dance that featured songs like “I’ll Be There for You” from the TV show “Friends,” The Beatles’ “Twist and Shout” and an instrumental score from “Harry Potter.” They divided the choreography into several parts, teaching it in sections during the course of the evening.

“We love the dance marathon; it is so awesome that everyone is excited and ready to dance,” IU sophomore Jenna Mizzi said. “It makes me so happy people can get together in order to help others.”

Aside from the line dance, the marathon offered a cornhole station, Wii Just Dance games and a bounce house, in addition to a wide variety of food and a doughnut-eating contest.

In the midst of dancing, eating and laughing, there were moments of solemnity for families of Riley kids, including the Andritsch, Springer and Tousell families. Scott Springer, the father of Matthew Springer, feels especially touched by the organization’s support for his son, to whom the annual event is dedicated.

“I think it is an absolutely fabulous idea of getting young people involved with those who need help, but I wish (the amount of students) was larger. Everybody needs to grab a friend, or five; the more the merrier,” Springer said.

Everything at the marathon was contributed by businesses in the Fishers community, such as Famous Dave’s and Zogurts, and all donations collected at the marathon benefitted the Ryan White Infectious Disease Center at Riley. The event concluded with an astounding total of $15,001.28.