You are at:Home»Current in Westfield»Eating the alphabet 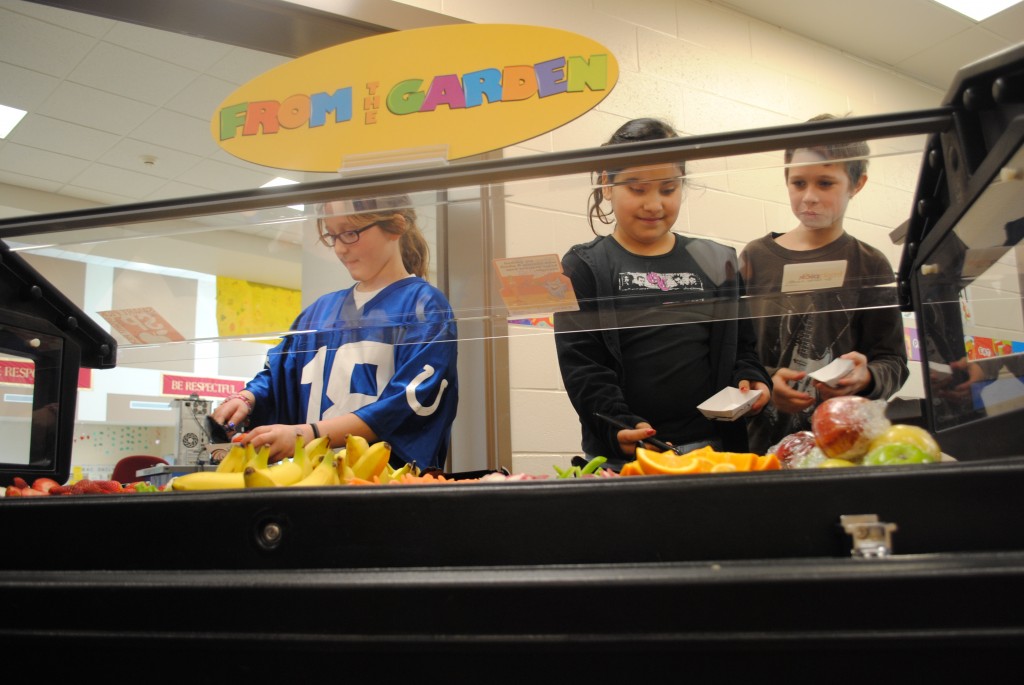 Westfield Washington Schools are spelling out health from A to Z for WWS elementary schools. The district’s Food Services Dept. has created a colorful way to help students make healthy choices as students learn about two new fruits and/or vegetables every weekday as part of their daily lunch.

“It’s an exciting thing for me that we have a food service department willing to provide opportunities for our kids,” Hallsaid. “You walk through the cafeteria and you see kids eating squash and turnips, and you know who serves squash and turnips at school lunch, so they’re getting a chance to eat those things students don’t typically get at school.”

Hall said the self-serving salad bar is enticing for kids as they can eatsecond portions and choose how much or how little they want of each item, and, he said, the salad bar’s look has been a hit.

“It’s not an additional cost and we encourage free seconds,” Hall said. “I was at the fourth-grade lunch yesterday and 95 percent of kids went up for seconds, so that’s awesome to see them going back up for things on the cart. It’s a cool cart if you were a kid. You’d want to grab food from it. They get to grab the food themselves; that’s a big benefit.”

Fourth-graderSade Hodson said not only does she like being able to serve herself at the salad bar, but she really likes the fruits and vegetables being tied to a different alphabetical letter everyday.

“Learning new fruits and vegetables through the alphabet is cool,” Sade said. “Like how they’re doing it in alphabetical order, because it goes A and B then C and D, so you can guess what’s coming next and the letter it starts with.” 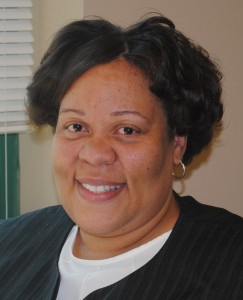 Beverly Goza-Holmes, WWS food services director,has been the motivator behind teaching students eating healthy is fun, and even cool.

“It’s positive peer pressure. Some students may pass by the different fruits and vegetables they’ve never heard of then they see their neighbors trying it, and they say, ‘Yeah, I’m going to try that, too.’”Goza-Holmes said. “It’s connecting healthy eating with a positive message.”

She said that positive message is the foundation needed to build a community of young,healthy eaters as they grow and learn at WWS.

“The kids are our biggest promoters if we can help them find what they like. They can take that knowledge home to their parents so they can expand their diet,” Goza-Holmes said. “One parent wrote me about her 6-year-old who was asking for dates when they were at the grocery because he tried them at the school. I told the staff this is what this is all about: educating where they can take it as a lifelong lesson.”

Sade said as a fourth-grader, she already sees how eating from A to Z will continue to positively impact her life.

“Someday we will able to teach our kids about it because we know what the foods are and what they taste like because we get this privilege to try a whole bunch of things we don’t really try everyday,” she said.

While school systems all over the nation are struggling to provide healthy lunch options, Hallsaid the district was able to successfully implement a healthy-eating plan because it was a step it wanted to take for its students.

“The biggest thing with implementing healthy lunches is being willing to take a risk because they (students) haven’t tried items like kumquats,” Hall said. “The other day, I was in the cafeteria drinking lime juice with the students. The way we’ve promoted it with such excitement has really gotten them excited. I think the willingness to try something new and something healthy stems from that, and we were able to make it happen for them because we were willing to take that step.”

Fourth-grade student Maia Zepeda said she was scared to try some of the items she never even heard of, but now she looks forward to trying new things every day, no matter how they look.

“Even though a food looks weird and nasty, it can be very good,” said. “I was scared to try new stuff because I didn’t know how it would taste.Now I’m excited to try it all,” Maia said.

Fourth-grader Drake Ault said the biggest thing he’s learned from A to Z eating is simple.

“You never know if you’ll like it (food) until you try it,” Drake said.