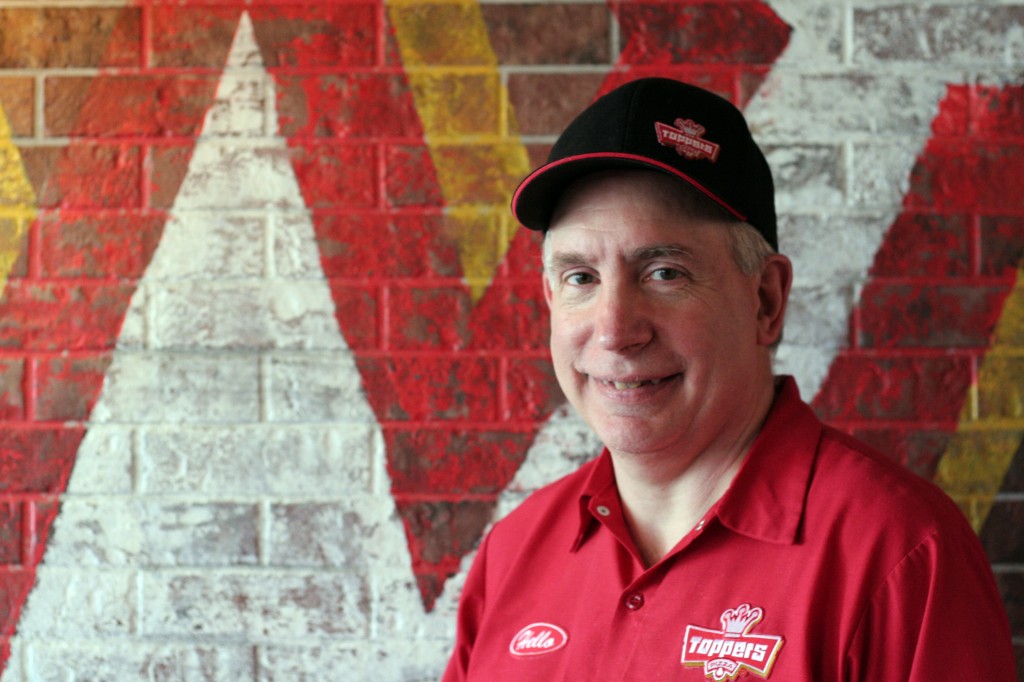 Carmel resident Kirk Schueler had a long and productive career in the pharmaceutical industry, even helping to lead successful companies. But his impressive résumé did little good when the economy took a turn for the worse.

Schueler took an early retirement in 2004 after 28 years in the pharmaceutical industry with companies such as Aventis and Sanofi. He planned to remain active in his golden years, immediately jumping into a Ph.D. program at the University of Michigan, and then going on to teach marketing at George Washington University.

However, the next few years brought the onset of the recession and subsequent draining of his retirement accounts.

“In 2004, the economy was booming,” Schueler said. “I had $20,000 or more in stock options I thought would be worth millions. But, of course, the economy went down dramatically. They ended up being worth $0.” 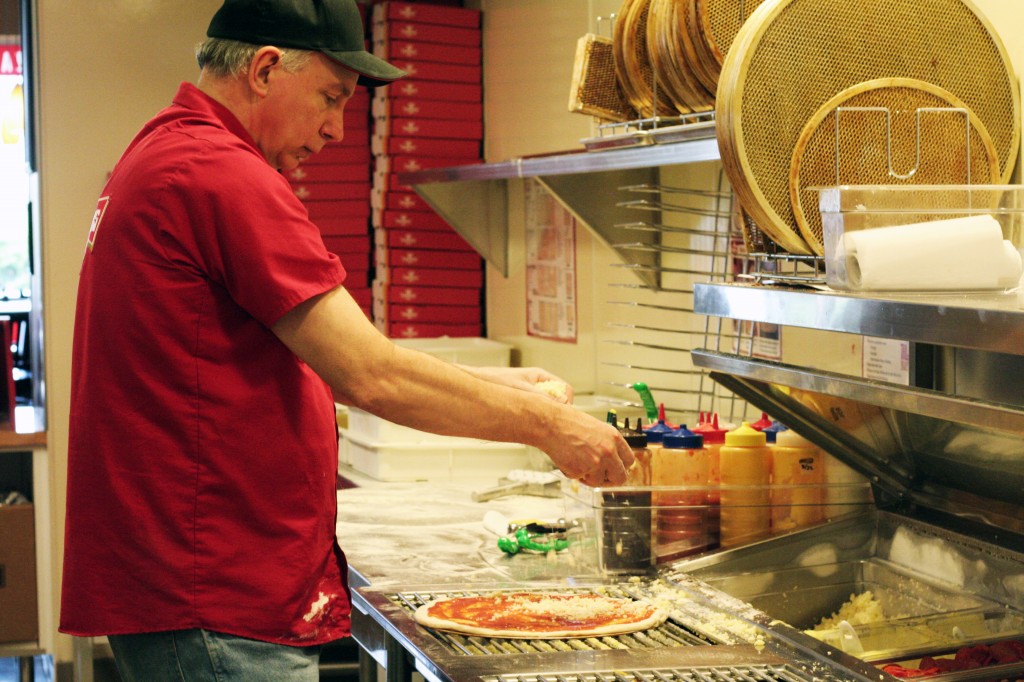 Kirk Schueler makes a cheese pizza for a customer at his new Carmel Toppers location.

Suddenly, his plans for a fun, yet productive retirement – like the funds that were to provide it – were gone, and he found himself scrambling to re-enter the workforce after a seven-year hiatus. But as he’d seen in his last few years prior to retirement, the industry was changing rapidly, and there did not seem to be a place in it for him, he said.

Despite his lengthy résumé, he said he had difficulty securing an interview, let alone a job offer, so he instead took matters into his own hands.

“I didn’t have much luck getting someone to hire me, so I decided to hire myself,” he said.

Schueler opened his first entrepreneurial venture earlier this month: Toppers Pizza at 12545 N. Meridian St. in Carmel. The Wisconsin-based company has 37 franchises in the U.S., but Schueler’s is its first in Indiana. 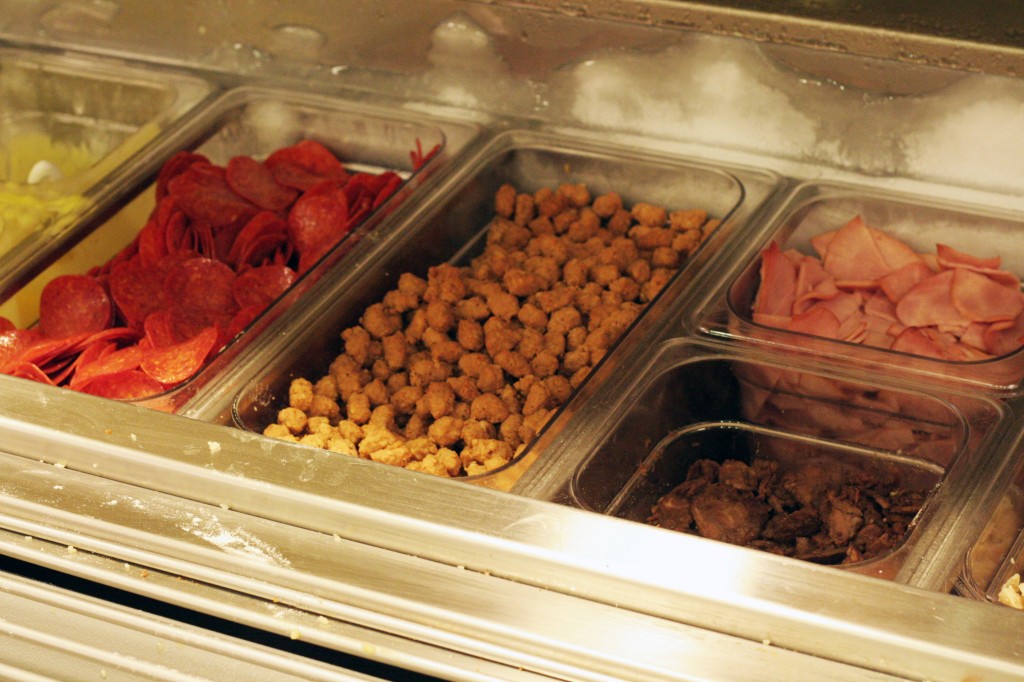 For this first-time entrepreneur, Toppers was a step out of his element, as Schueler said he previously had no experience working in or owning a restaurant. However, his decision to become a pizza-maker was made after significant research, and the move is giving him the opportunity to put into practice business and marketing principles he taught as a university professor.

At GWU, Schueler taught marketing, sales, advertising and sales management to undergraduates and master of business administration students, and he said he wasn’t long into his teaching career before he felt the itch to again put to use his skills and knowledge – this time as a small-business owner.

He chose the food industry because it, like his job as a professor, will allow him to interact with numerous people every day. Being among his favorite foods, pizza was an easy choice, but it took months of research to settle on Toppers. After looking at other chains such as Papa Murphy’s, Schueler said he picked Toppers because of the company’s eagerness to expand, business model and his potential return on investment. After all, his re-retirement is dependent on the profitability of the business. 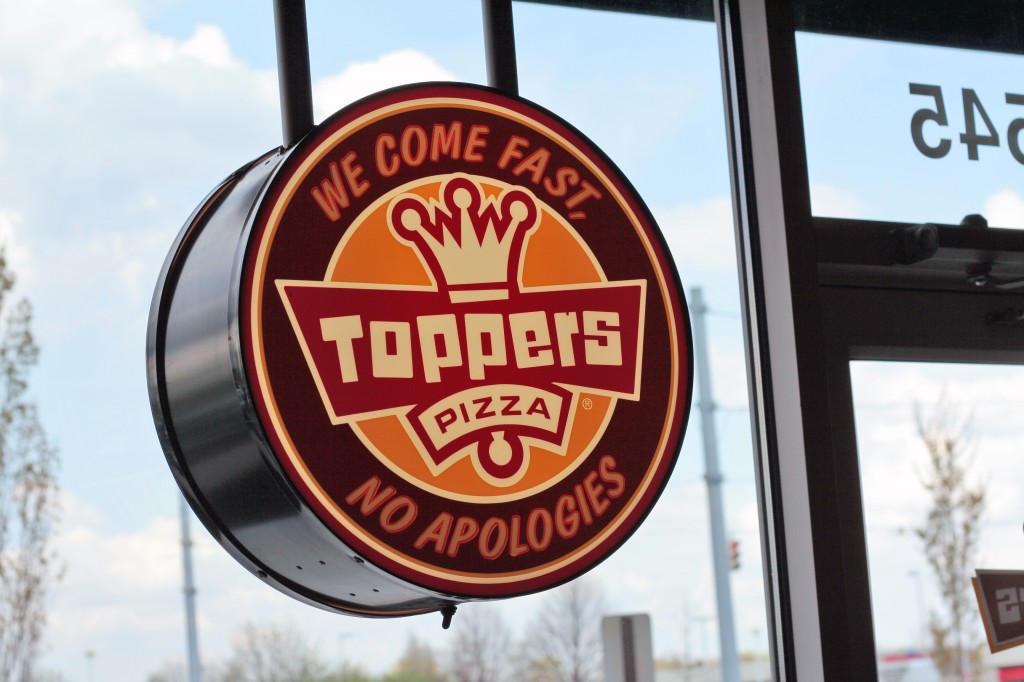 Former Indianapolis franchising consultant Doug Boehme said Schueler’s situation is not completely atypical, as the down economy has spurred many retirement-aged individuals to take on the risks of business ownership.

“That scenario is a lot of what you see,” he said. “They (individuals) just don’t want to go back to the corporate world. They just want to take control of their own lives and go into business for themselves … A recession usually brings about a lot of this.”

Schueler said the change has been exciting and has re-energized him. In fact, he plans to expand his company – Schueler Enterprises – to include other Toppers locations in the state in the near future.

And while just a few years ago he was ready to be semi-retired and working 20 to 30 hours per week, Schueler knows his new goals and commitments are going to have him working more hours than most do during the prime of their careers.

But he’s ready for it.

“It will definitely be a minimum of 50 hours a week, at least initially, and it will probably be about 70 hours a week as we get this started,” he said. “And maybe, just as it’s getting easier with the first store, then I’ll get the next store going. I’m expecting this is going to dominate my life for a few years, at least.

Kirk Schueler now owns his first franchise after a 28-year career in the pharmaceutical industry. Former Indianapolis franchising consultant Doug Boehme said franchisors prefer to find new business owners like him who have solid business experience, but very little, if any, in the franchise industry.

“Most of the franchisors don’t want the franchisee to have previous industry experience,” Boehme said. “The reason is they (franchisors) want to start with a clean sheet of paper … They don’t want someone who is going to come in and say, ‘The Big Mac is good, but I think we can make it better if we use a slightly different sauce.’”