You are at:Home»Current in Zionsville»Belskus joins Hulman & Company board of directors 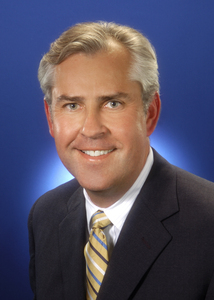 Hulman & Company has announced it is further expanding its board of directors with the appointment of four successful, visionary business leaders.

Jeffrey Belskus, Zionsville, joins John Ackerman, Mark Miles and James Morris in accepting their respective appointments on the board, which expands from eight to 11 members. Hulman & Company appointed three new directors Feb. 17 to expand its board from five to eight members, but a board vacancy was created with the death of Jerry Throgmartin on Jan. 22.

Belskus is also president and CEO of Hulman & Company.

“Our experience in the last year with an expanded board has brought about significant, new opportunity, and has been beneficial in taking advantage of growth opportunities for our family of companies,”Mari Hulman George, Hulman & Company chairman of the board, said. “We are pleased to welcome Jeff to the board. We look forward to his contributions as he uses his extensive experience to help guide and ensure the success of Hulman & Company.”

Belskushas served as an IMS executive for nearly 25 years and has led the Indianapolis Motor Speedway Corporation as president and chief executive officer since 2009.

The Terre Haute native serves on several boards, including the board of trustees of the Rose-Hulman Institute of Technology, where he is the vice chairman, as well as the Indiana State University Foundation board. He also serves on the board of directors of the Morris Plan Company of Terre Haute, the Indiana Chamber of Commerce, the Greater Indianapolis Chamber of Commerce, the 500 Festival Board of Directors, the Central Indiana Corporate Partnership and the Indianapolis Convention and Visitors Association.