You are at:Home»Current in Zionsville»Adding up 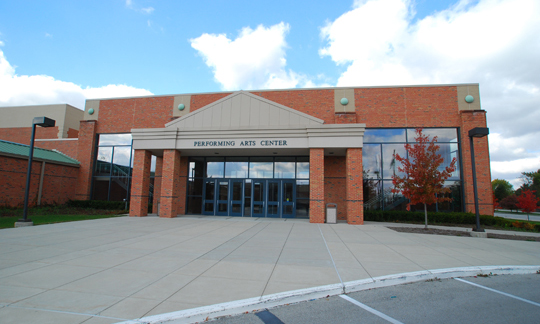 Little changed for ZCS, and definitely not for the better.

A year-and-a-half after 61 percent of voters rejected a referendum that would have funneled money into a financially-crippled district, Zionsville will get a chance to approve a second measure ZCS Supt. Scott Robison sees as crucial.

“We don’t have the funds to make ends meet,” Robison says. “We heard people (after the initial referendum’s November 2010 defeat). They said, ‘Change your model.’ We’ve done that, and we still can’t make it work for the kids.” 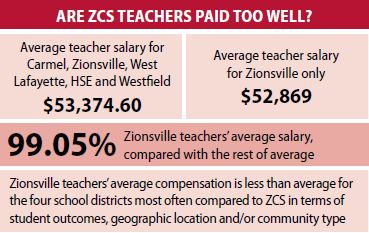 ZCS, with an enrollment of nearly 6,000 pupils, has been forced to alter that model by making cuts in staffing, both in teaching and nonteaching positions, while adding students from an ever-growing community – at least, residentially.

With Zionsville’s lack of commercial development, a viable tax base is simply nonexistent. Enter the second referendum, to be voted upon May 8.

“The referendum is directly about students,” says Robison. “And directly about class sizes. We’ve gained 430 kids while losing 55 teachers. That’s going in the wrong direction.”

The new referendum, chosen from a group of three options by the ZCS Board of Trustees during a Feb. 22 meeting, boils down to this:

Zionsville residents pay13.41 cents per $100 of assessed value. Overall, this referendum is 17percent less in dollars per year, and 57 percent shorter in duration than the original – a seemingly reasonable alternative to what most residents felt was too hefty a wallet-hit the first time around. 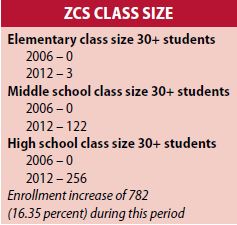 The new proposal’s differentiation does not stop at the dollar amount. The initial referendum would have covered a period of seven years, and also included verbiage about tax-supported funds such as transportation, capital improvements and other peripheral items.

“This is about services directly to youth – the reason we put our doors open every day,” Robison says.

Not everyone sees the plan as fool-proof, or even a step in the right direction.

Zionsville resident Joan Lyons ostensibly speaks for the majority of the town’s empty nesters when she voices her worries.

“I haven’t had children in school for years,” she says. “Why should my taxes go up when I will see no benefit from it? There are many, many people here who aren’t happy about the idea.”

Others, including those with school-aged children, point to a perceived lack of foresight when it comes to the mathematics of the referendum. What happens – should voters pass the proposal this time – after 2015? If an improved economy is crucial to the long-term success of ZCS, referendum or not, what happens if things don’t get better?

Robison answers those concerns assertively, but is simultaneously realistic about the situation.

“This referendum is not fully restorative of what we’ve lost since 2006,” he begins. “It’s a Band-Aid; this is about trying to find new ways to operate. If (the referendum) passes and bridges us to 2015, we hope the economy will be better and hopefully will assist us in avoiding another referendum in the future.”

Are the other assertions founded? 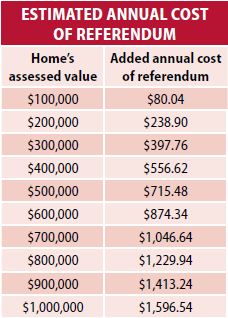 “The whole issue is multifaceted and complex,” Robison says. “A lot of folks don’t take time to get involved and understand. If someone has a specific question and wants to talk to me about it, I’m happy to explain the entire chronology and its complexity. The problem is a lot of these folks won’t sit still for that.”

Pro- or anti-referendum, Zionsville will be doing anything but sitting still May 8.