You are at:Home»Current in Zionsville»Is this the future?

Opinions vary widely as to how our town should be developed 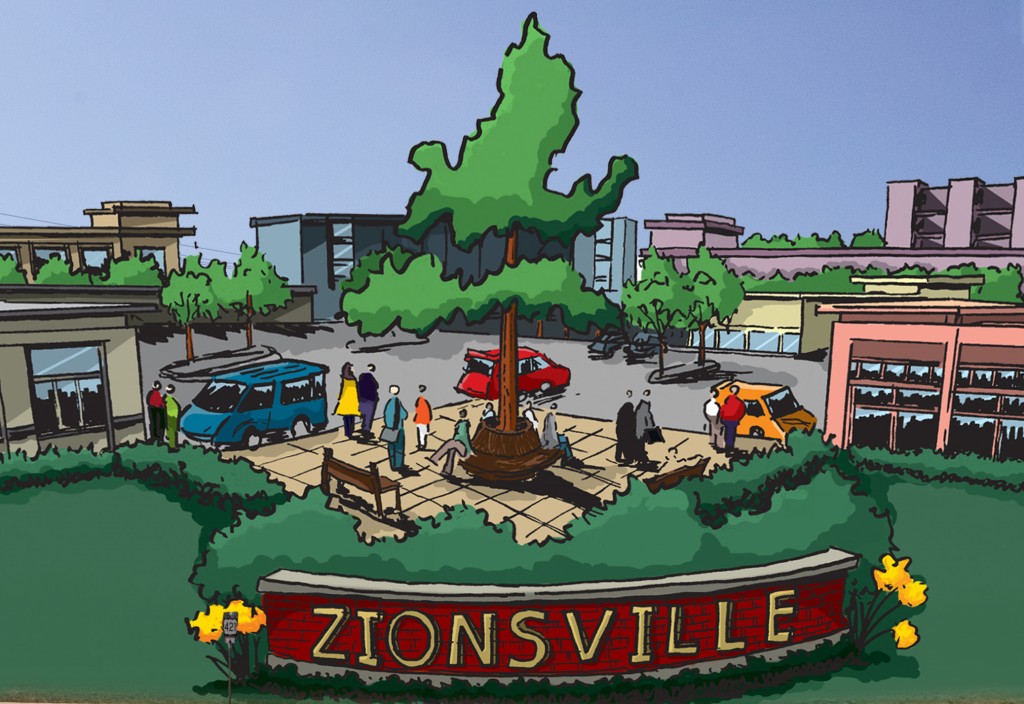 What could be: This is a proposal for development at the southwest corner of Michigan Road and Ind. 334.

It’s no secret, that Zionsville is different.

From its quaint, shop-laden Main Street to picturesque horse country to an affinity for the arts, this Boone County treasure has separated itself – in form and function – from the sprawl that allows one to traverse the east-west entirety of neighboring Hamilton County without seeing so much as a corncob.

But, at what cost comes differentiation? Zionsville’s troubles are few but striking; that a lack of commercial development has crippled the town’s tax structure is news to no one, and it’s a crisis that has achieved top billing on Zionsville’s list of talking points. Development – and the methodology of that development – is not just an issue here, it is the issue.

The main players in this saga are well known to any Zionsville resident who keeps even an occasional ear to the rail these days, and revisiting them – the 1-percent property tax cap, the Town Council, the Economic Development Strategic Plan, among others – would be redundant.

Instead, this report deals with the undercurrents, the whispers, the accusations and the dichotomy of perceived realities that are rampant in Zionsville today.

“The fear is, they’re going to let the developers take over and do whatever the hell they want to do.”

In a nutshell, this is the rallying cry of a segment of Zionsville’s population – either large or small, depending on whom you ask – that feels threatened by the direction of the development push.

Labeled by most of Zionsville’s development proponents as conspiracy theorists, this faction is not your average group of Zapruder enthusiasts who are determined to spread the word, facts be damned. Instead, for the most part they are articulate and well-versed on the topic.

One person in particular seems to be the leader of this group, and that person would speak with Current only under the promise of anonymity. For the purposes of this report, he shall be known as John Doe.

“Town government is in a position to increase retail commercial development here on a scope that they’re not really telling people,” he says to open up a two-hour dialogue with Current on a late-winter day in a Village coffee shop. People shuffle in and out of the establishment in which we sit as morning turns to afternoon, but he pays them no mind. He is focused on overturning stones, big stones, to show what’s beneath. 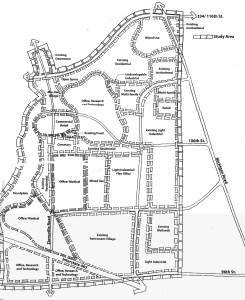 “Ten years ago, I remember talking to local politicians about picnics held by developers,” he says. “They’d invite everyone from the surrounding counties, and build relationships to further their cause for development. Carmel blew up, and during that entire time, they wanted to do the same to Zionsville.

“The reason Zionsville hasn’t is that throughout, it had a group of conscientious people who ran for office and protected the town. Developers would come in with grandiose plans, and the (Town Council) would say, ‘No, that’s not what our town wants.’ ”

In his version of history, what happened next is as follows: Developers in 2007 funded a group of candidates for Town Council to act as “puppets” for their causes, and ultimately had four of the lot elected.

According to Doe, the next order of business was to relieve of their duty members of boards germane to the development issue and replace them with like-minded people to further the developers’ wishes. (Reasoning ruminations aside, that total overturn did happen in February 2008.)

The source asserts that the last installment of the foundation-laying plan was the identification of “stakeholders” by the Working Group – a Council-appointed collection of residents tasked to work with Zionsville’s engineering firm, American Structure Point.

Stakeholders are identified in Working Group literature as “an organization, governmental entity or individual that … may be impacted by planning process,” and a person or group of people who have the “ability to affect the outcome through political, financial or resource power.”

In theory, a group of stakeholders should represent a cross-section of the town’s residents, thereby ensuring that the Working Group hears from all sides of the issue. 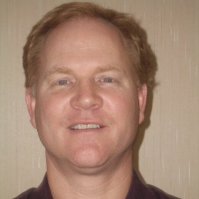 “(The Working Group) got a former vice president at Eli Lilly (Jim Cornelius), Dax Norton (executive director of the Boone County Economic Development Corporation), Chad and Steve Pittman (developers) and Bob Harris (of Harris Property Group, a Zionsville land owner). These are not average residents. It’s like asking the wolf to guard the hen house.”

The current Town Council, which took office in January, Doe says, also was backed by development-minded parties and ran on a platform of looking out for the school system, knowing well that the bulk of the planned development involved the town’s tax increment financing district. TIF funnels the difference in assessed and improved property values to the Redevelopment Commission fund for items such as infrastructure improvements; but not the deficit being experienced by Zionsville Community Schools. The current TIF district encompasses most of the town’s southeast quadrant, including the Village.

“All the pawns are in place,” Doe says.

“For the people on the Town Council to fulfill an obligation to the people who put them there.”

“I think most people know it’s coming. Even if there are those two sides, isn’t meeting in the middle the right thing to do?”

“I hear there are two sides,” she says. “I disagree. Everybody knows development can be a good thing if done properly. You just need to make sure it builds on what we have, not detracts from it.”

Case in point: Even Doe concedes that extending development from the existing Village south along Zionsville Road to the old 106th Street is a good idea – “Everyone would embrace it,” he says – but rumors abound that something bigger is afoot.

There are whispers of a Hazel Dell-esque boulevard, such as has been built in eastern Carmel or a Clay Terrace-like shopping center, built on the Carmel/Westfield border, running the entire length of Zionsville Road – an urban gateway, in effect.

“People are passionate about Zionsville, and chose to live here because of the rural feel,” Swack says, adding that she proposed to fellow Town Council members that they borrow from development practices outlined in a book titled Rural by Design by Randall Arendt, but was denied. “I think you can have good, responsible development. I know you can.”

“In 2010, (the Town Council) passed Planned Unit Development zoning (in the TIF area). The rest of the Council said, ‘We never see this area including residences or apartments, only businesses.’ I agreed with that, so (she wanted to) include that verbiage in the zoning. I thought we should get it in writing; they said, ‘No.’

“It was intentionally left out. So, when that side says Zionsville could never be ultra-developed – it can, because of the lack of verbiage.”

“The old leadership is very vocal and very conspiratorial in their perspective. Hey, go win elections.”

That’s the perspective of Steve Braun (R), a Zionsville resident who seeks the Indiana House seat from District 24.

Braun says it’s foolish to believe that anything underhanded occurred in the placement of Zionsville’s elected officials.

“People’s perspectives are out there. The Town Council is there because they won well (more than) 60-percent of the vote. People are going to vote based on the direction they think the town should go; the (rest) are a very vocal minority.

“Zionsville is no longer the town it was. It’s going to grow. It’s the next corridor that has to grow.”

Steve Pittman, a Carmel developer whose family owns the parcel of land at the southwest quadrant of Michigan Road and Ind. 334, is a backer of Braun’s.

“I’ve been hearing conspiracy theories for years,” Pittman says. “What’s happened in Zionsville is, you’ve had people move in who don’t look at it like longtime residents do. They’re bringing different perspectives to the table.”

The Pittman name plays a central role in the development saga. Steve’s brother, Chad, is a Zionsville resident, and the family’s aforementioned property is among the most visible – and lucrative – pieces of land within the town limits.

“We’ve never tried to do anything with that property,” Pittman says. “Like every piece of property I own, I would someday like to develop it – but there’s nothing in the works right now.”

Pittman nearly is as close as one could get to a conspirator in this drama, should such a thing be true, so if not his own property, then what about the other high-interest rumors out there, Zionsville Road for instance?

“(The Town Council) was looking at Zionsville Road and thinking it could become an entrance to the town and a really attractive tax generator,” says Pittman. “Government can do all of these pretty plans, but if the market doesn’t support it, it’s not going to happen.”

Pittman speaks highly of Zionsville, but laments the divisiveness of the current situation.

“If I propose something in Carmel and somebody doesn’t like it, there’s good honest debate,” Pittman says. “At the end of the day when I walk out, the guy who was against my project – we respect each other. In Zionsville, you get attacked personally. That’s the difference.”

“There’s nothing anyone can point to and say, ‘I told you so.’ ” 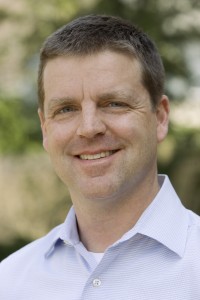 Town Council president Tim Haak is in his second term, and he is firm in refuting every single allegation he encounters when it comes to the development battle.

“I heard five years ago that the election was financed by developers,” he says. “None of that has happened, and it really can’t happen. It’s not like we can just say, ‘OK, do whatever you want there.’ That’s why we have the checks and balances we do. It’s not possible.”

What about the allegations about his and other councilor-elects’ expenditures on campaign literature, mailings and consultation, said to be as much as $28,000 per candidate – in a race for a seat in which an outlay of $5,000 had been the standard?

“It’s expensive,” says Haak. “(That firm) knows how people respond to advertising, and that’s why we did it. They are good at what they do, that’s why I used them. I can’t speak for everybody else.”

If that answer may not placate the naysayers, what Haak has to say about the town’s development strategy could; he hypothesizes the council will present a complete plan to residents by May, and he hopes that will alleviate what he perceives to be a string of misunderstandings.

But, just as quickly, Haak hedges that bet.

“(The Town Council) have been meeting for the better part of the year about this, and it’s all been very open. People say they want the plan done; we’re doing it, and they know it. They’re at those meetings, too; they’ve had input.”

Haak says the plan largely does not involve residential development, which contrasts Doe’s assertion that there are plans for up to 1,500 apartments in the TIF area – a burden on an already revenue-strapped school system.

“There are no plans to put high-density residential in the TIF area,” Haak says.

Surprisingly, the rest of the plan mirrors what the other camp cries for: responsible growth of the Village area.

“(The Town Council) envisions that south of Main Street will be commercially developed to the curve or to the cemetery,” says Haak. “We’re not actively promoting any kind of four-lane road with shopping centers. A lot of people, once they come to meetings and see what the plan actually is, they’re fine with it.”

So much contentiousness; does it ever eat at Haak that, despite steering the ship for a town that people are proud of, he’s forced to routinely deflect or refute sometimes outlandish suggestions?

“People bring up valid points and good ideas,” he says. “The idea is to be respectful. You always want to listen to people who have a differing opinion.”

In Zionsville, it seems, there are plenty of those.