You are at:Home»Current in Fishers»Firefighters douse flames at Allisonville residence 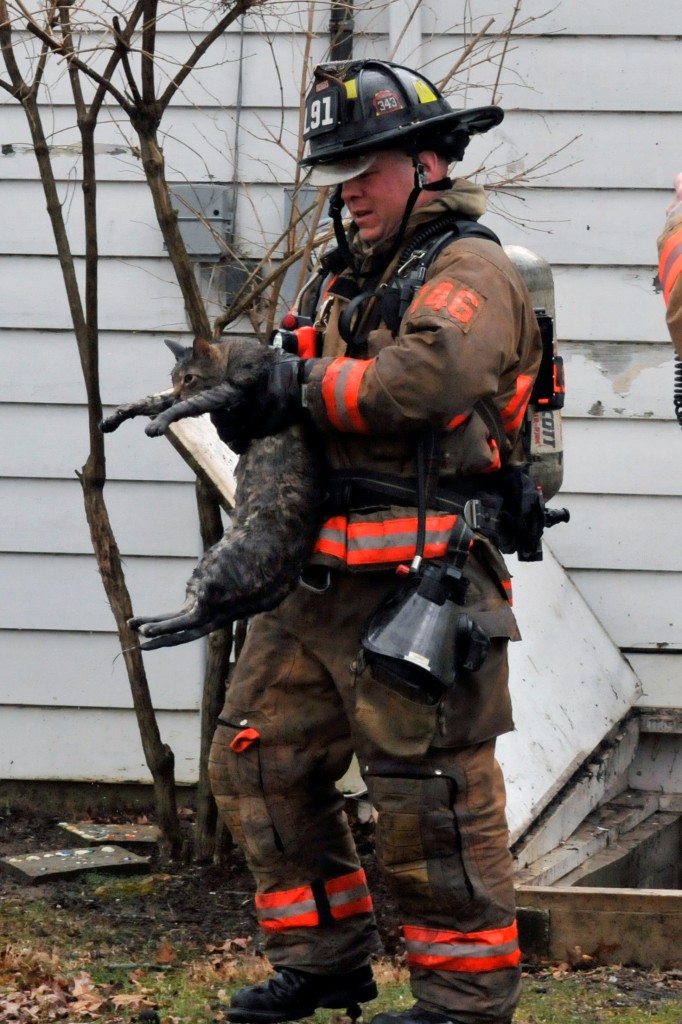 At approximately 9:50 a.m. last Sunday the Fishers Fire Dept. was dispatched to the 14200 block of Allisonville Road after neighbors spotted an excessive amount of smoke coming from the chimney of a home. The homeowners were not home. Firefighters arrived to find fire in the area of the chimney on the first and second floor, and in the attic. It took about two-and-a-half hours to make final extinguishment of the fire. Two family pets, a cat and a ferret, were rescued from the basement of the home. Firefighters revived the ferret with oxygen before returning it to the family. Investigators believe the fire was accidental, starting in the area of the fireplace on the first floor. No injuries were reported. The family has made temporary arrangements for lodging.